Dusk Elves are dark, corrupted elves. They venerate the demon Kargoth and have rituals dedicated to him. 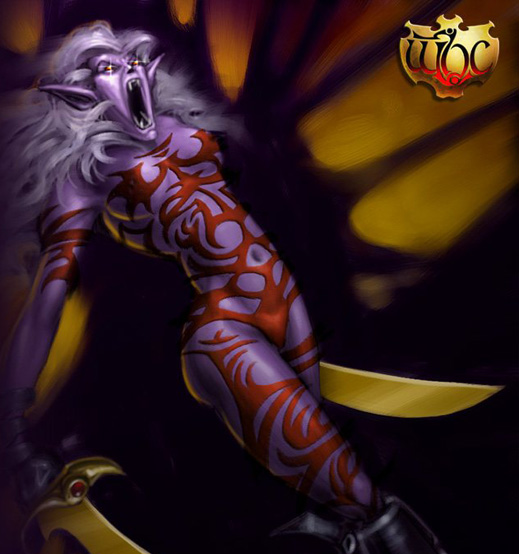 The Dawn Elves are powerful early and mid game. They have powerful spell casters and can gain access to vile creatures, such as Spiders, Skeletons and Demons.
Like all Elves, instead of the default Minefiller, they can train Night Wisps. The Night Wisp has the unique Detonate ability which, upon activated, raises nearby corpses as zombies that can work in your mines. Zombies can also be summoned by Sorcerors. 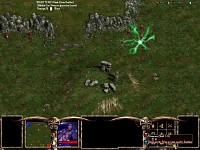 Early Game the Dusk Elves have access to three types of infantry: the Skeletons, which are resistant to arrows, Spiders, which are cheap and have a strong poison, and Dark Infantry, which are not really special, but have other purposes. Also their Dark Archers have poisonous arrows and can be upgraded with fire arrows.
After unlocking the rune of Cielos, you gain two types of cavalry, the Dark Riders, who can deal bonus damage to heroes, and the powerful Queen Spiders that are able to lay Spider Eggs in the bodies of their enemies and hatch spiders. 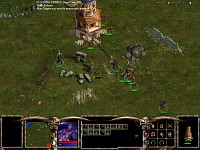 The real strength of the Dusk Elves come from their spell casters. The Sorcerer has powerful offensive spells and damage while the Spider Priestess can summon Queen Spiders and spawns Spiders when she dies. They both can learn the Darkbolt upgrade which increases their damage among other various upgrades.
You can also train the Assassin which have a chance to instantly kill enemies. The chance can be increased through powerful upgrades. 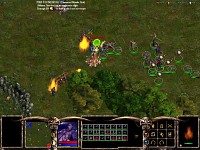 Late game you have access to the powerful Guardian Skulls, which have strong attacks. You can also summon Daemons by sacrificing your units. You can either create Dark Infantry and sacrifice them or use the Slavehorde ability to summon Slaves.
The Blackguards are also worth mentioning. They have the powerful Invisibility spell which makes them great infiltrator units.
Post a comment
Sign in or join with: