This will show you how to create, modify and install waypoints for CoD4, WaW and MW2 Bot Warfare.

Posted by INeedBots on Jun 7th, 2017 - Intermediate Server Side Coding 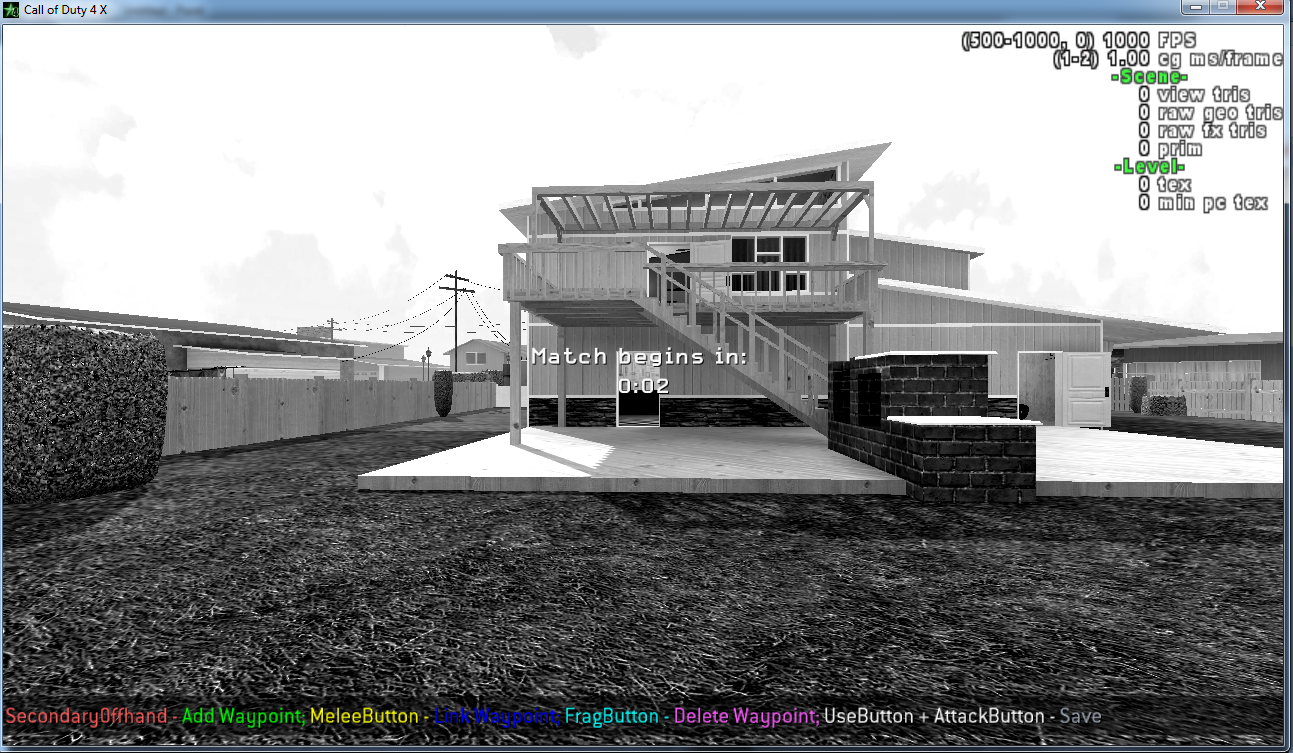 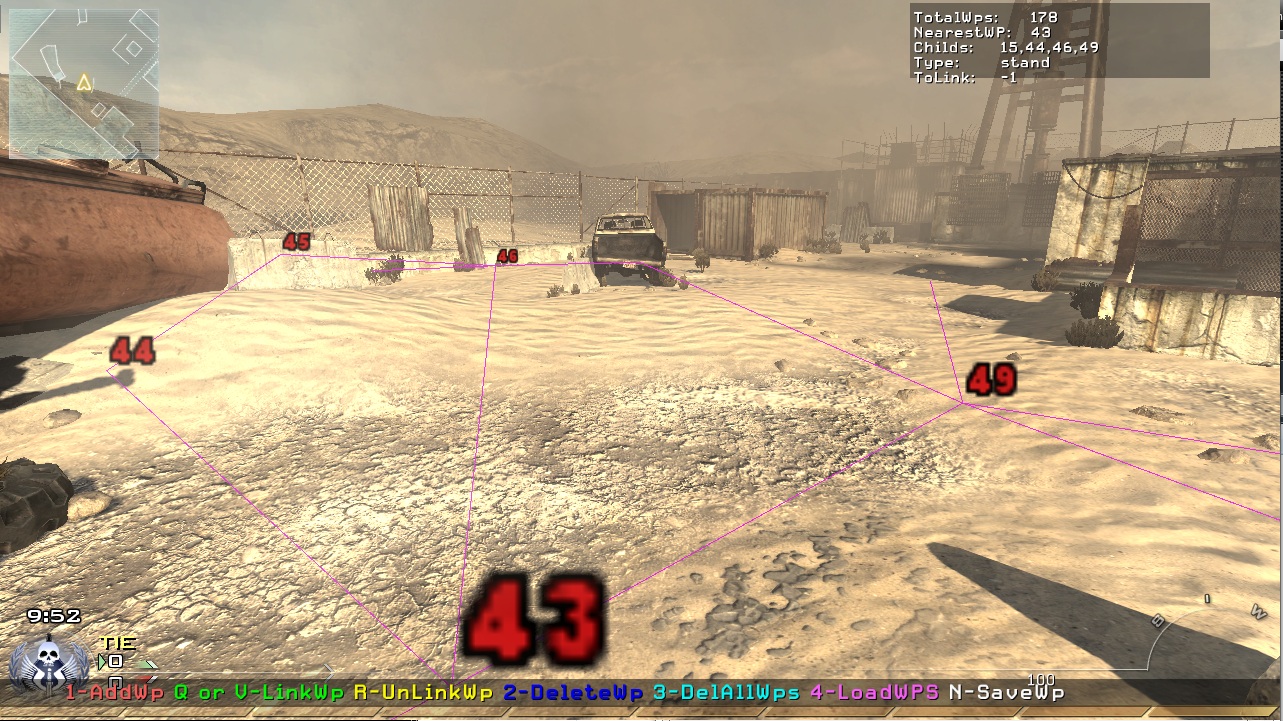 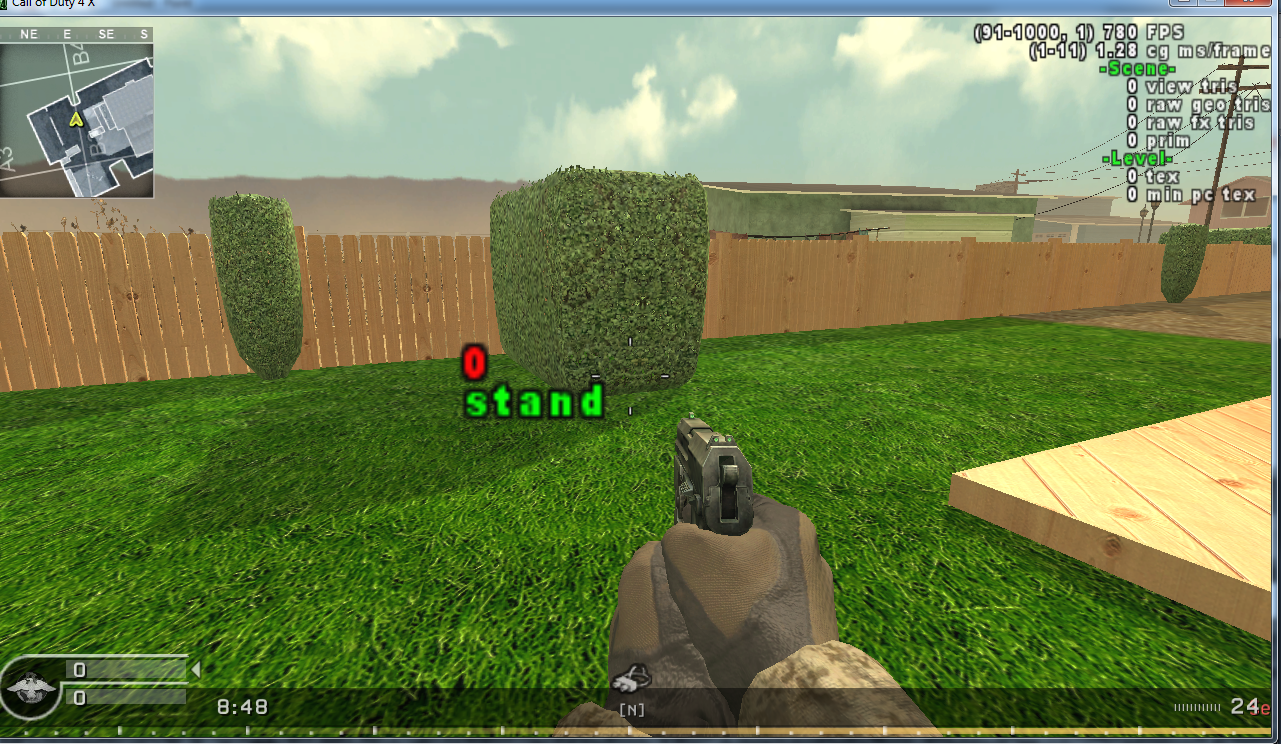 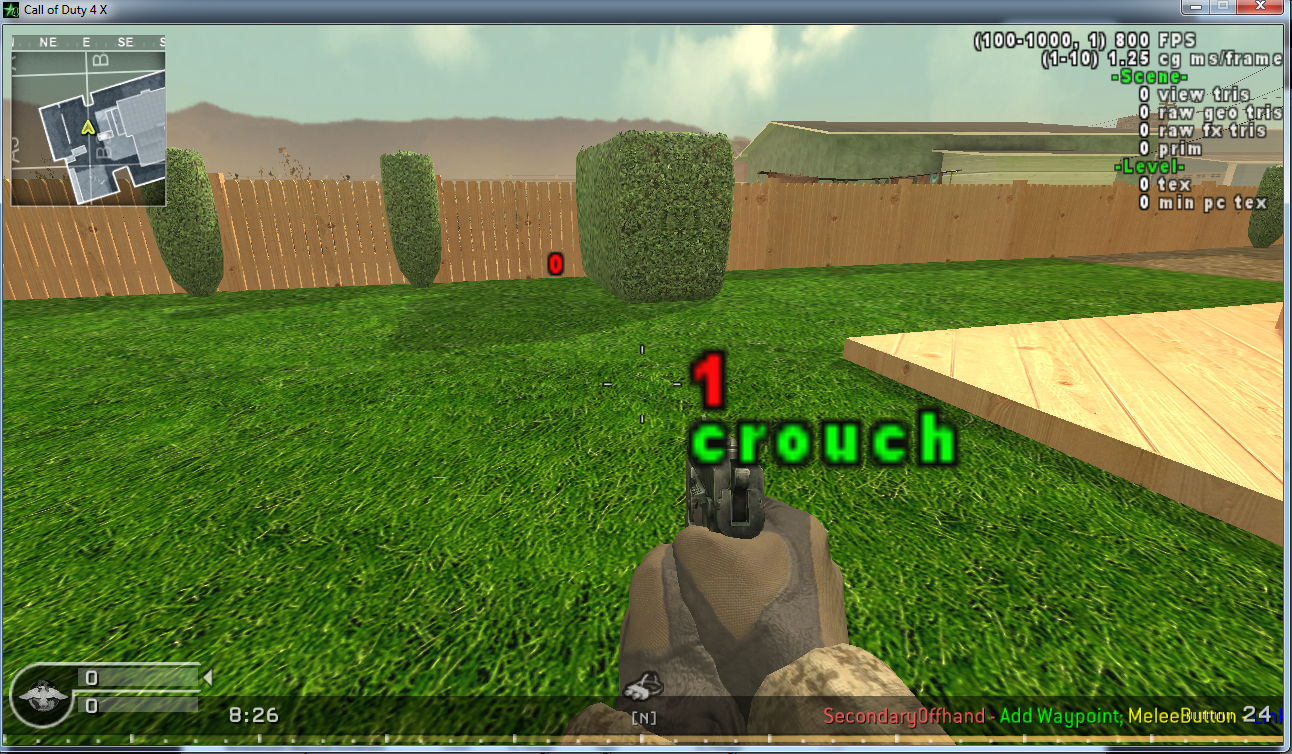 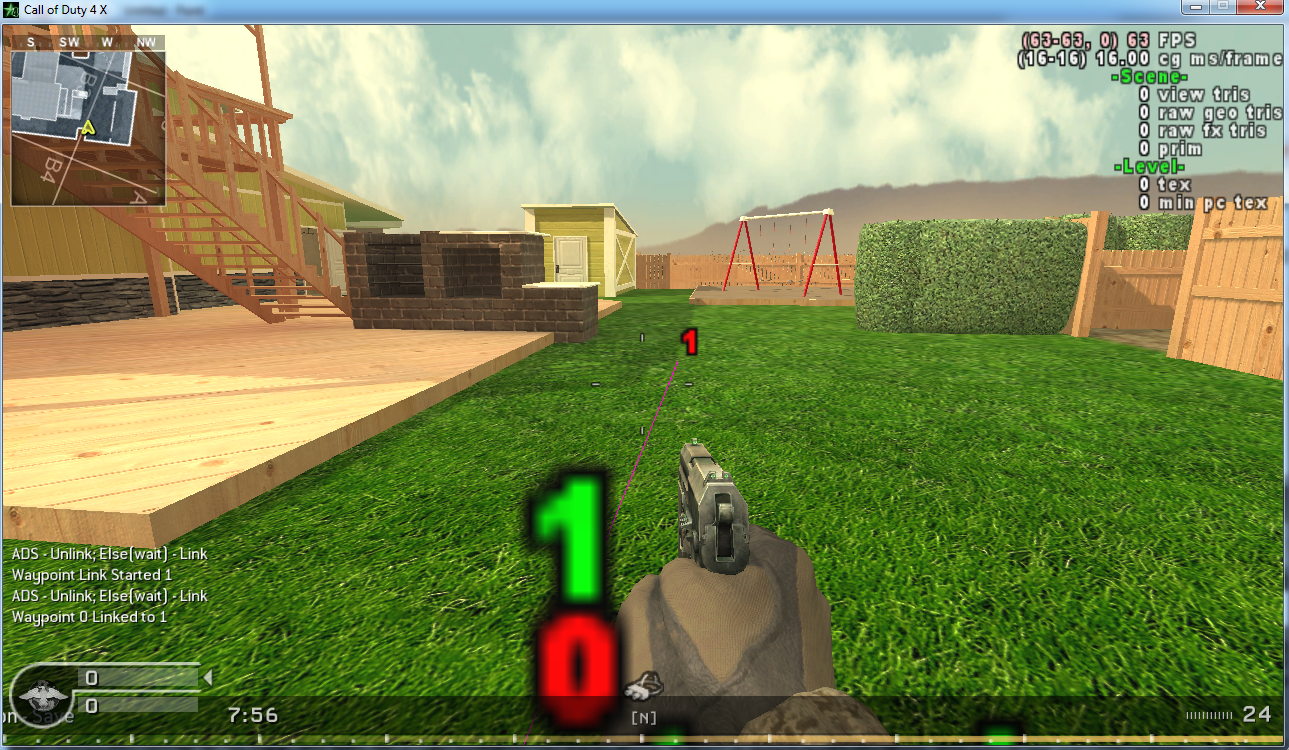 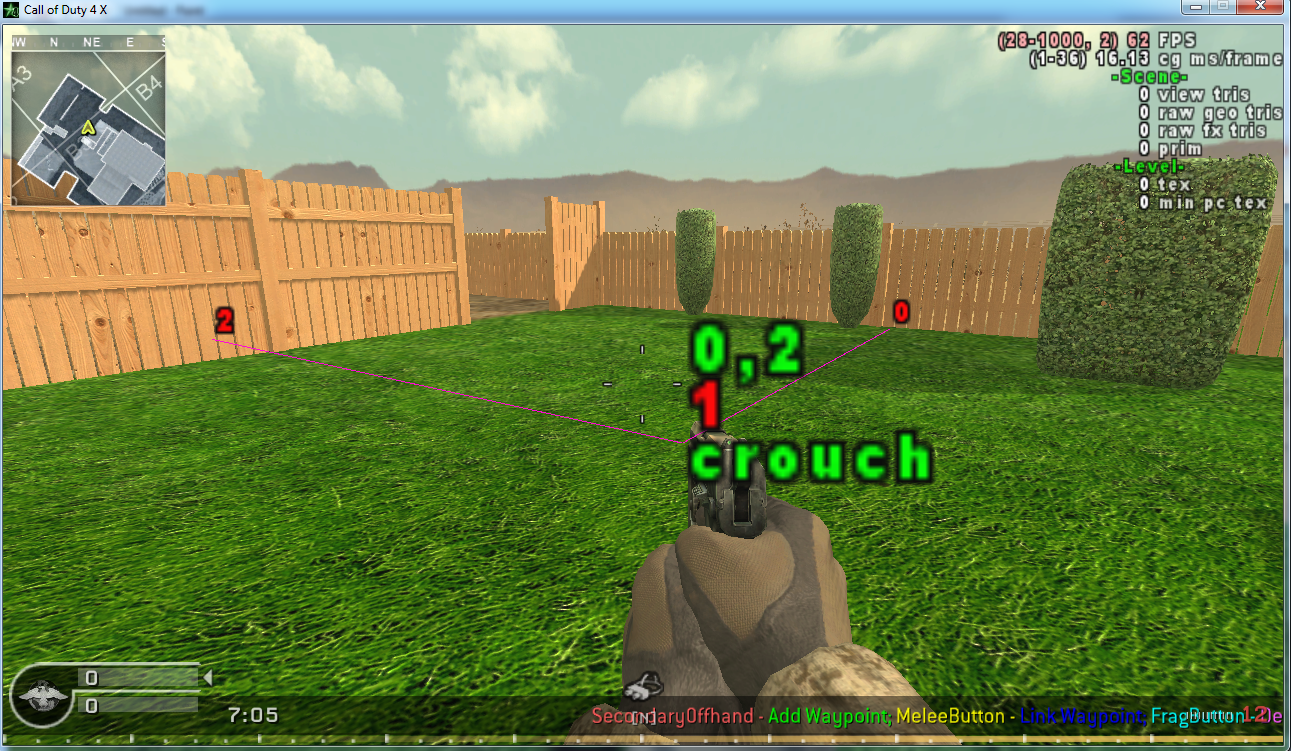 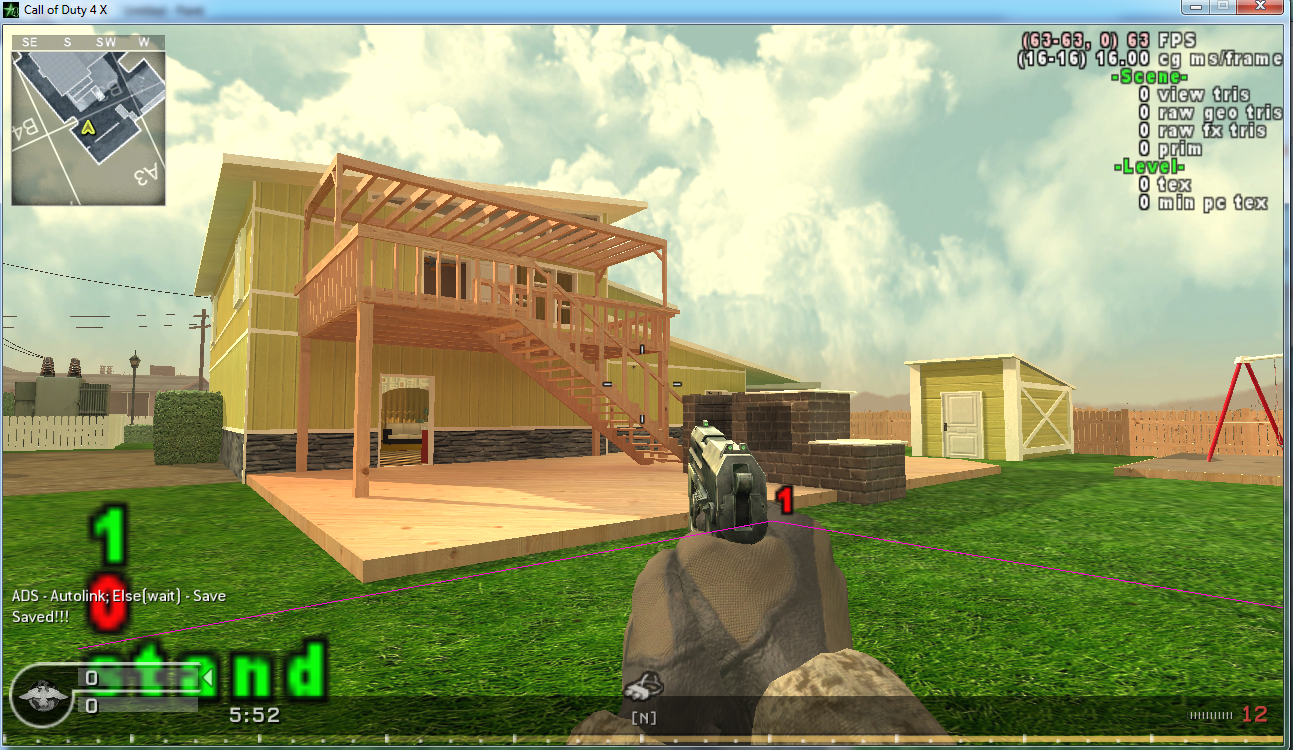 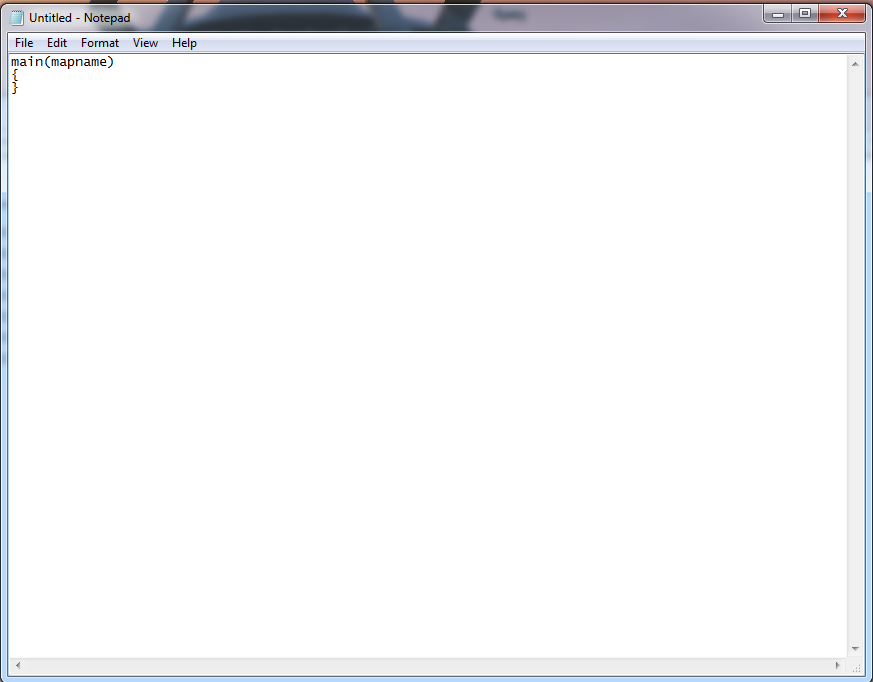 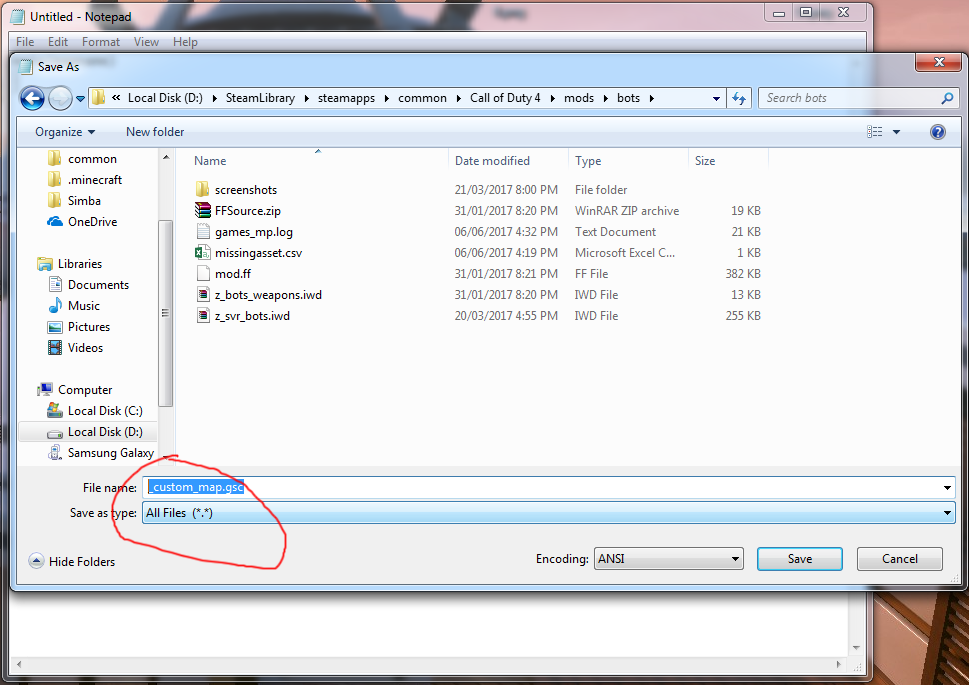 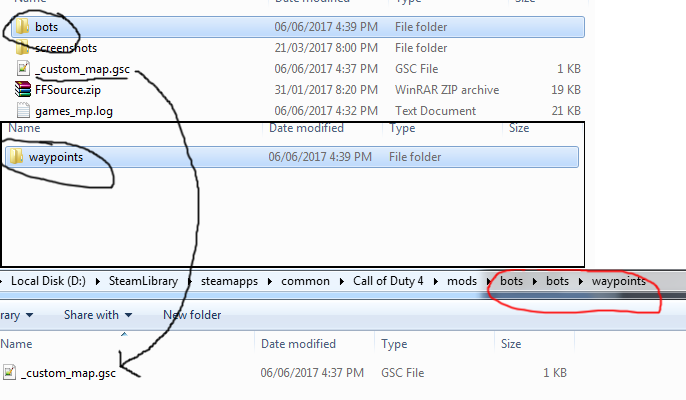 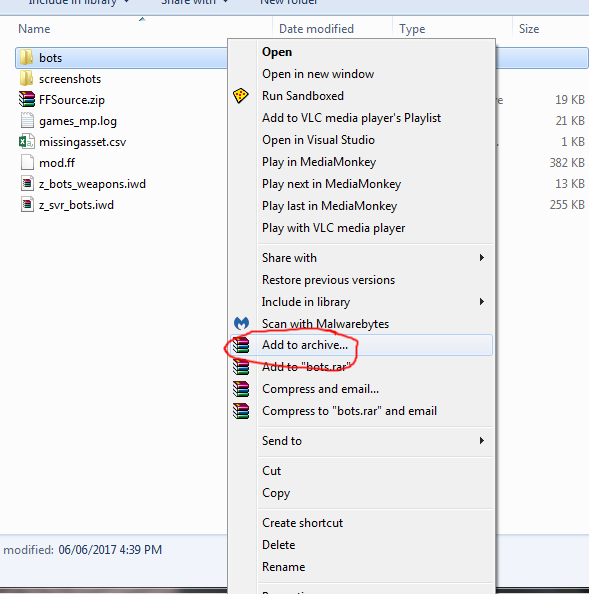 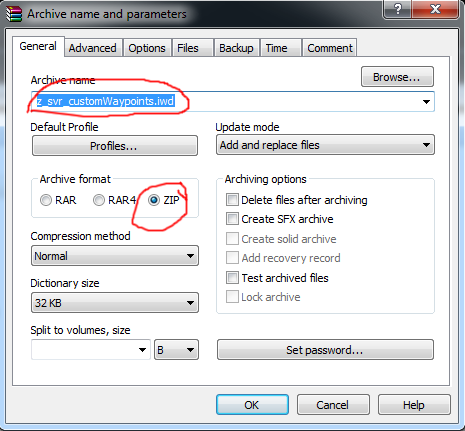 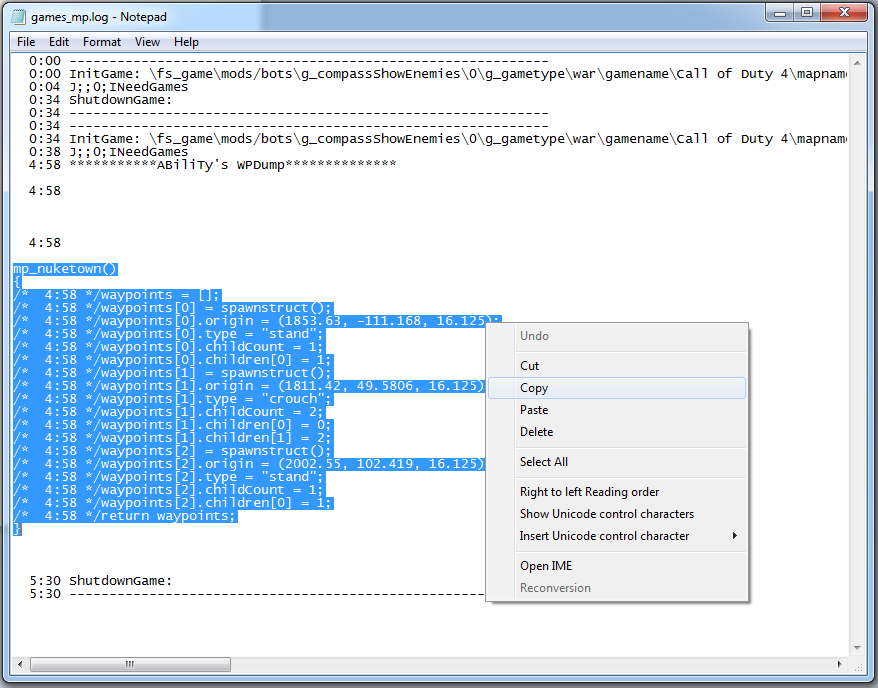 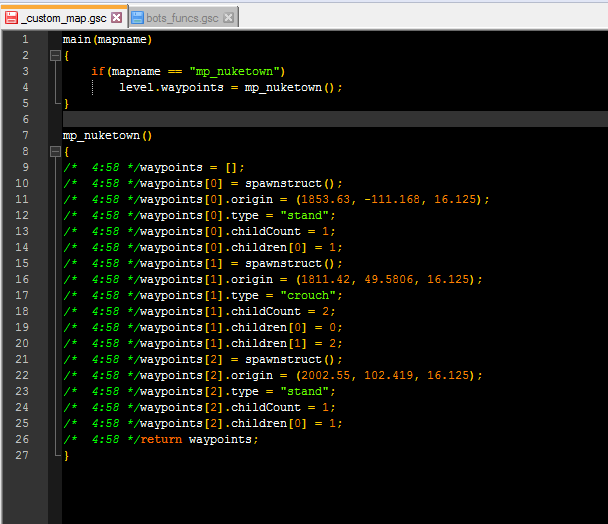 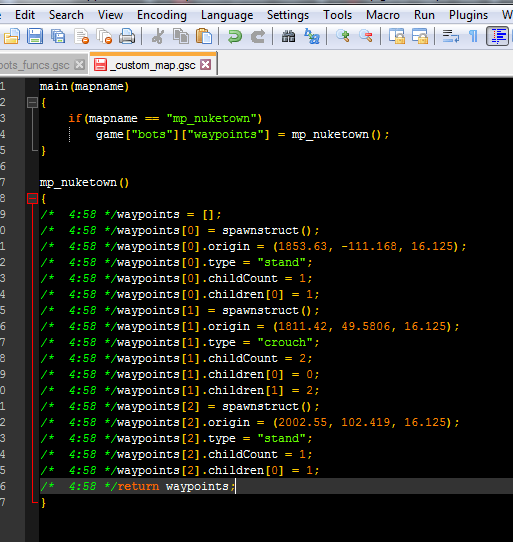 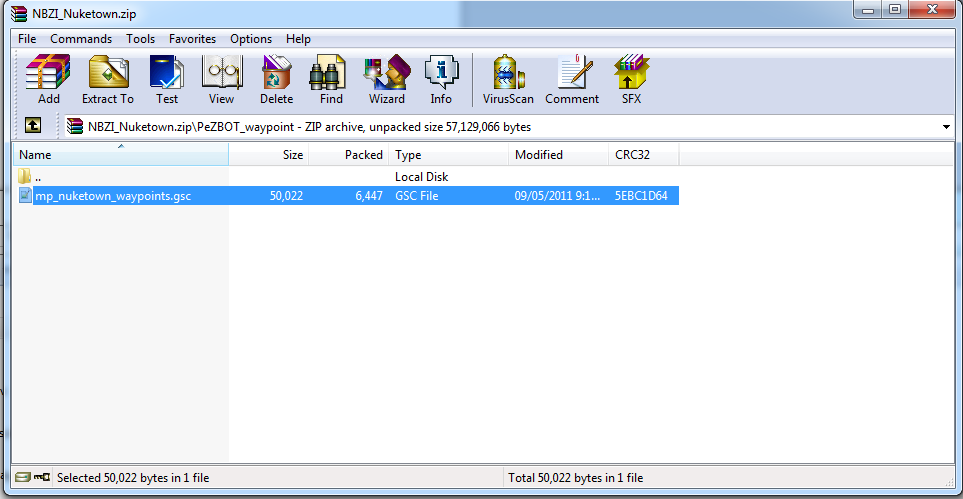 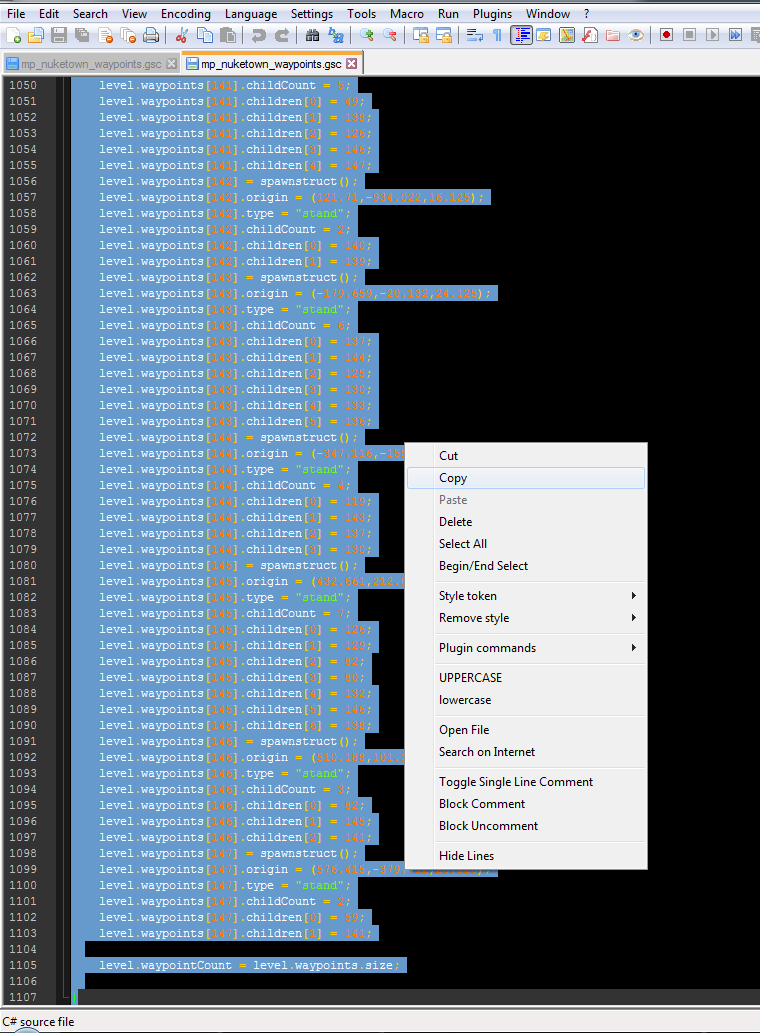 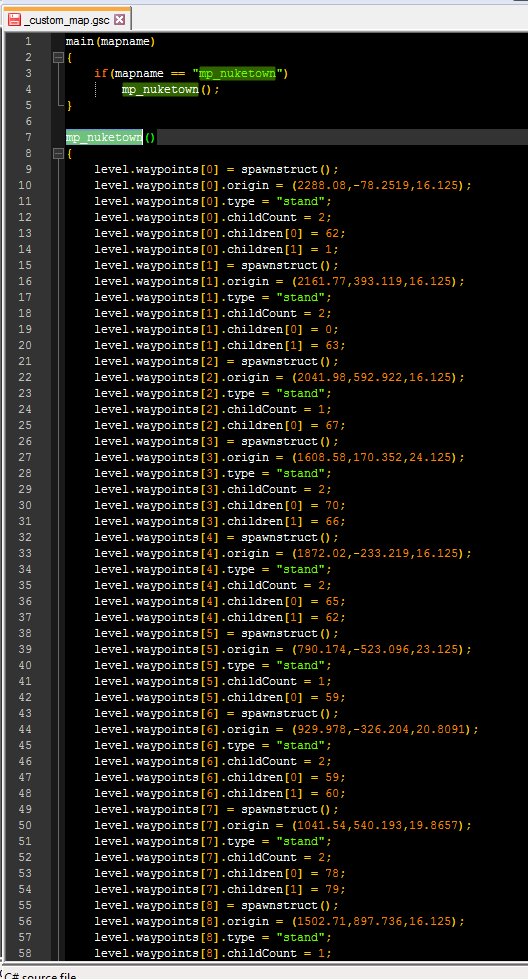 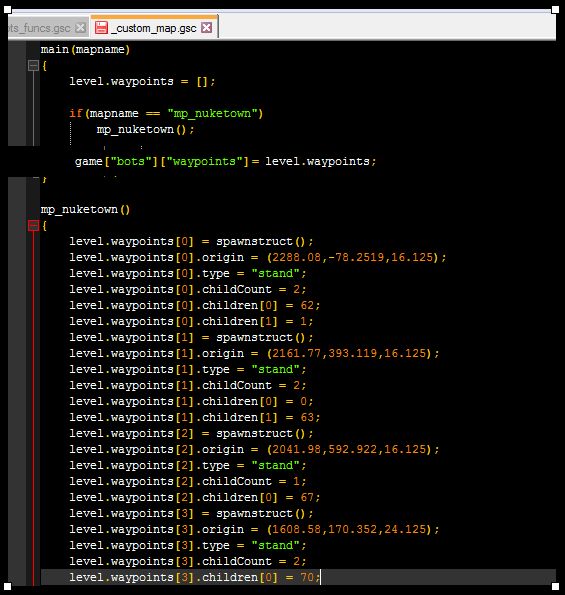 This is how you do god's work. Thanks a lot for the tutorial and the effort.

Good. I was able to create waypoints for the custom map mp_fav for code 4, added the data to the _custom_map.gsc file instead of mp_nuketown, it turned out that the bots go correctly on the map and fight. Please tell me how to add waypoints for other user maps, so that there would be more than one user map, but several. For example, still mp_uplink map mp_fallen map mp_inv map mp_fav map mp_arkona. How to add more maps, waypoints for these maps?

This waypoint (330 WPs) addon should work for bots warfare, too: