And finally, here's the new version. Among other changes, the main new feature is a complete revamp of the visual style!

We finally bring you the new version of Zombie's Daughter, with some major graphical changes! While weapon upgrades are not yet implemented, we did add zombies visually, as well as a new kind of zombie: the Heart Heater! This big guy is much tougher than normal zombies, and will also deplete the wood of your doors faster. You will see him appearing after you complete wave 5!

Here's the detailed changelog, also included as a .txt in the release package:

You read that right, you can now assign resources without having to click for each unit! About time, yes. I hope you enjoy this new release, and be sure to tell us what you think!

Also, you'll be surprised when you open the shop for the first time. "He" is a nice guy, so you shouldn't be scared of "him", despite his weird looks.

P.S: As always, you will be able to download the file as soon as it gets authorized. 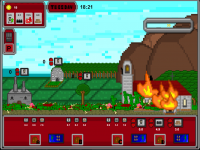 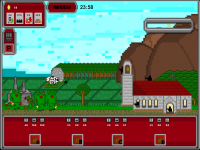 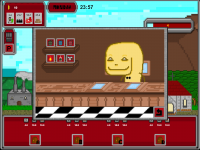 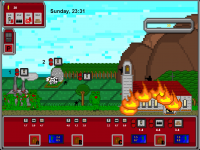 Oh Yes!Another nice update,probaly this is the best update ever,and that thing of the big zombie just will able after the wave 5 encourage the player to make more and more wavez,just to see the new mosnters!
I wating that dowload. =D

Check the downloads section and please try the new beta and let us know what you think about it.