A new trailer is available to watch and Steam Early Release still looking good for next month.

With August just around the corner things are still looking promising for Steam Early Release next month. The game is now playable end-to-end and I’m currently working through the levels improving dialog, fixing minor issues and tweaking difficulty and level progression.

There are a few extra features to implement such as decoys and gluing zombies to the floor but these will probably come after the Steam Early Release is out.

Zombie Office Politics is a retro 2d adventure RPG set in an office where staff are being turned into zombies. The game mixes humour with fun, simple gameplay and highlights some of the human aspects of the daily work environment. Hopefully this combination makes the game a little different from other zombie games and other rpg/adventure games out there. 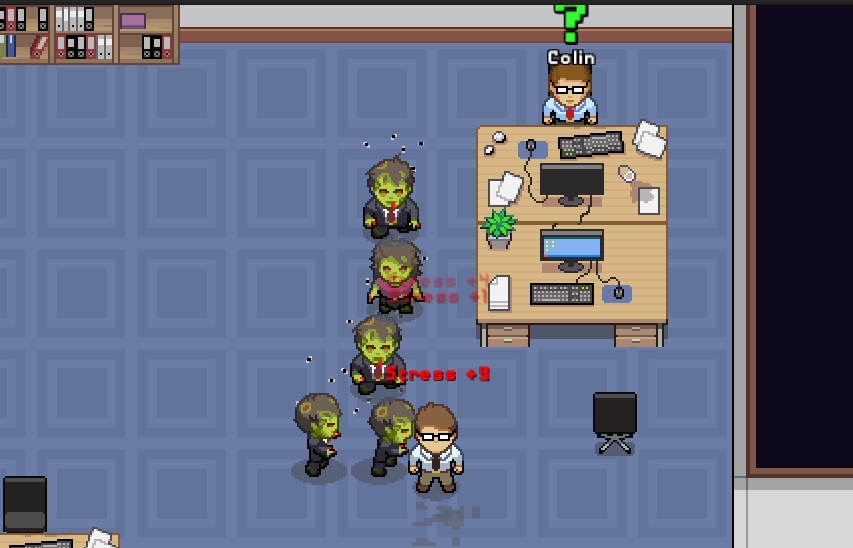 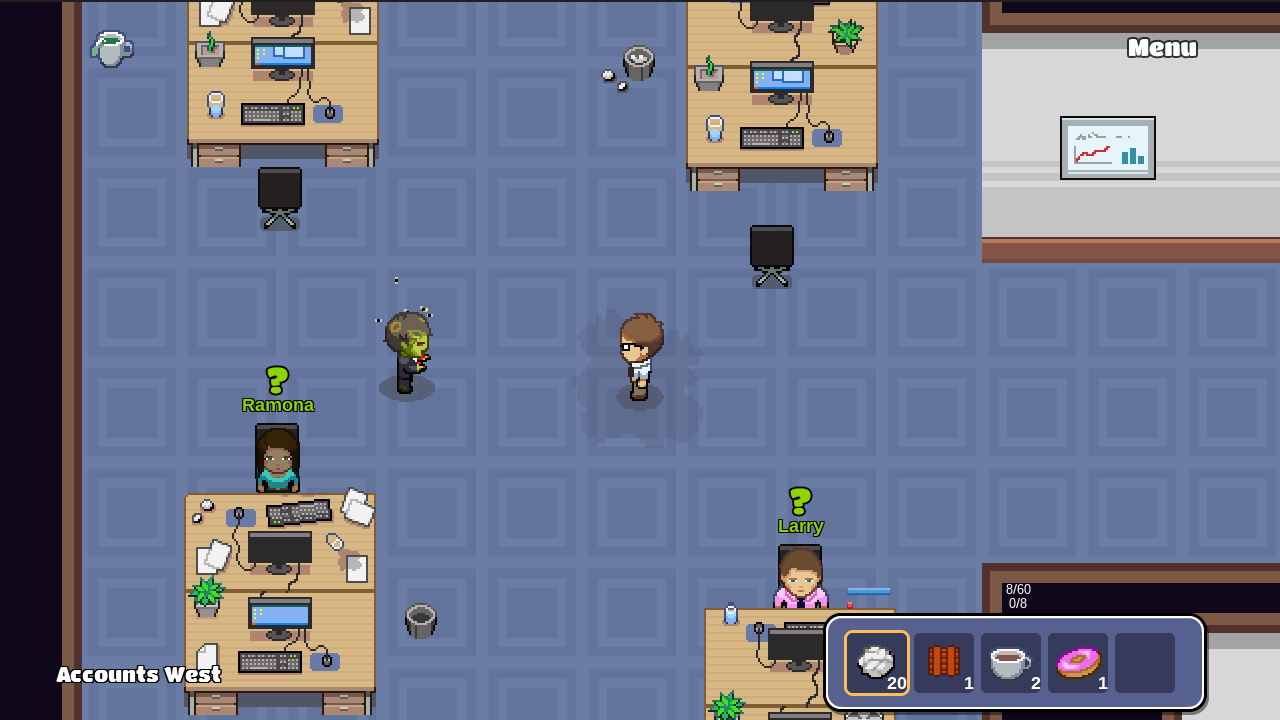