News and updates about the new release and continuing work.

V2 of Zombie Full Auto has been uploaded and is now available.
Download here.

I still have not received any bug reports so i assume everything is working well.

I set up a forum here, click on it at the top of the mod page or use this link.

Report problems/ suggestions/ questions and so on in the forums.

If anyone can help me with modding the mp weapons for sp i would greatly appreciate it.

And also if anyone can help with with getting other file type's to work in the mod as well
Ex. _zombiemode_powerups.gsc , nazi_zombie_prototype.gsc and others i would greatly appreciate that as well.

I may not start work on any further versions until after patch 1.5 is released or if i get help with mp weapons or other file types.

Some Screen shots of the semi auto weapons turned full auto in the mod. 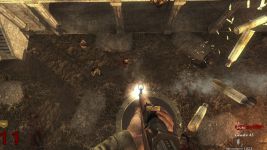 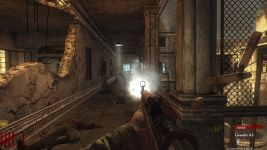 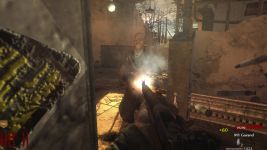 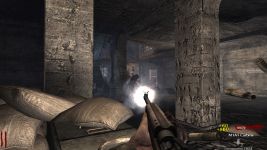 You can throw Grenades and Molotov's super fast now. 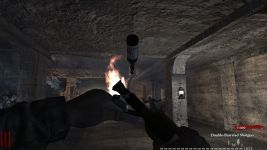 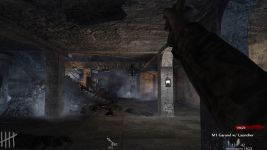 Here is the Readme for the Zombie Full Auto Mod.

This is a small weapons mod i made in my spare time based on my first mod, it is intended for fun not realism. I have not finished the mod so keep that in mind while playing it. I still have a lot of tweaking to do. Please report any bugs/problems on my Mod DB page, link is at the bottom of the text.

This is for Patched V1.4 of the game.

To install place the folder "zombiefullauto2" into your mods folder in

Rifles are now fixed and no longer display bolt action.

Sniper rifle reloading has been fixed.

Ray gun has increased ammo and no longer has unlimited ammo.

Grenade throw/reload rate has been increased.

Molotov throw/reload rate has been increased.

.357 Magnum fire rate has been decreased.

- Here is a small list of changes to the weapons so far. -

All weapons including blot action rifles are now fully automatic.

Most to all weapons have an insane amount of ammo.

Colt is now full auto and does more damage.

Most to all weapons have an increased amount of damage.

Melee on most weapons kill in 1 hit now.

Melee on the colt, shotgun, thompson and raygun are insanely fast now.

Most weapons have a decreased reload time.

Ray gun has a smaller damage range but does far more damage and has an insane firerate and unlimited ammo.

Clip sizes for several weapons have been increased.

Molotov's do a bit more damage.

Heres an important part to remember.

Zombies do far more damage and kill you in 1 hit!!!

Even if you have Juggernaut they will still kill you with 1 hit so dont waste your points on it.

So beware of those sneaky or fast zombies because there will be no warning hit from them anymore.

I thought this would minorly help out the balance of the insane weapons.


Please do not change the mod without asking me.
And if i give you permission please give me credit.

To contact me or for future mod news/updates go to my Mod DB page.

All modifications were done by me WildCard.