Modders SAHZALPABAEL, Doomero, Alphaent and TheCamaleonMaligno have teamed up to develop a mod for Doom II called “Zion”, with the aim of bringing the weapons from this year’s Doom game into the classic Doom II engine and levels.

This “de-make”, of sorts, shows an interesting blend between modern arsenal design and classic Doom gameplay, with the visuals enhanced by Brutal Doom-style extra violence more akin to 2016’s entry in the first-person shooter series.

Though currently only in version 8 of its public alpha release, Zion already has all of the new Doom’s guns implemented, which comprise over 2,000 new sprites for what the team calls some of the “smoothest animations around.”

You can download alpha version 8 of Zion here. The mod requires a Doom II WAD, and it’s recommended to use a modern renderer such as ZDoom. 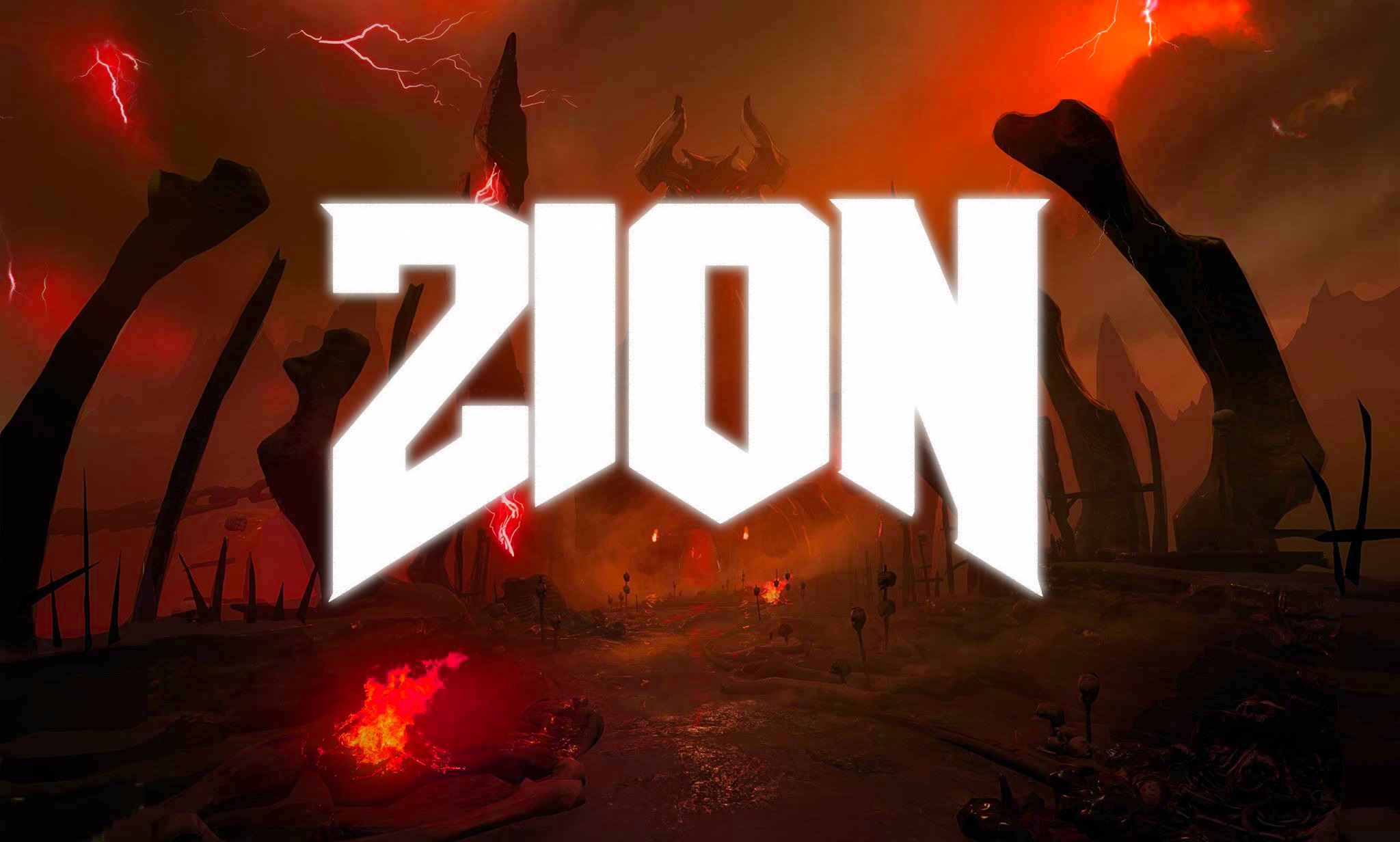 This is really cool; I can start to really see the potential of this mod now.
A few things I'd like to point out or ask.
1. It seems as though the projectile is coming out from a lower point than in the originals, making it harder than I think it should be to shoot down over some ledges, like the tiny little trap door in the second area of E1M2.
2. The sprites on the weapons are really jaggy.
3. I don't know how you're planning on handling the weapon upgrades, but it would be nice to somehow upgrade them fully, some things would be nicer the fully upgraded way :D
4. The Heavy Assault Rifle appears to come after the Chaingun when scrolling through weapons. This seems a little odd to me.
5. Explosive barrels have a surprisingly small area of effect now.
6. Switching between weapons seems a little slow, as does changing mods.
7. I think I noticed a few times that the Haste powerup doesn't affect weapon firing. Some kind of bug?
8. It's quite annoying how often you can't pick up health and armour. I know it's more like DOOM (2016), but I still think you should at least be able to pick up small bonuses all the way up to 200.
9. I don't think there should be any pickups which only add +1 to health or armour. I think +2 health is the minimum required to make them worth bothering with.
10. Please don't change how much pickups give you based on difficulty level. I think almost everyone still playing Doom II in 2016 is playing on Ultra-Violence, which is where it should be, given how difficulty scaling works in the old games.
11. Night Vision Goggles are kind of annoying, and last too long.
12. I really like the new HUD, but I'm used to GZDoom's “alternative HUD”, which shows how much ammo you have for your other weapons as well, and how many kills you've got, and how many secrets you've found. Is there any way you could add that option in, just even in miniscule white text in the corner?
13. There just doesn't seem to be enough ammo to go around. That may be because of the reduced maximums as well, but I don't particularly like having to switch weapons according to ammo, rather than according to situations.
14. Please don't add the multiplayer weapons into single player!
15. Headshots don't seem to count much.
16. The shotgun spread is a little much in my opinion.
17. The Heavy Assault Rifle feels kinda useless, especially after finding the Chaingun.

Oh, and another thing, the imps and zombiemen slide all over the place, it looks really weird, like a bug or something.
And the jumping Hell Knights really shouldn't be in there I think...

Come on! What happened to this mod!?