News about our progress, our artwork, the conversion to UE4, our Road To The Future and our decision to follow through and develop Zeitgeist as a real, proper game. 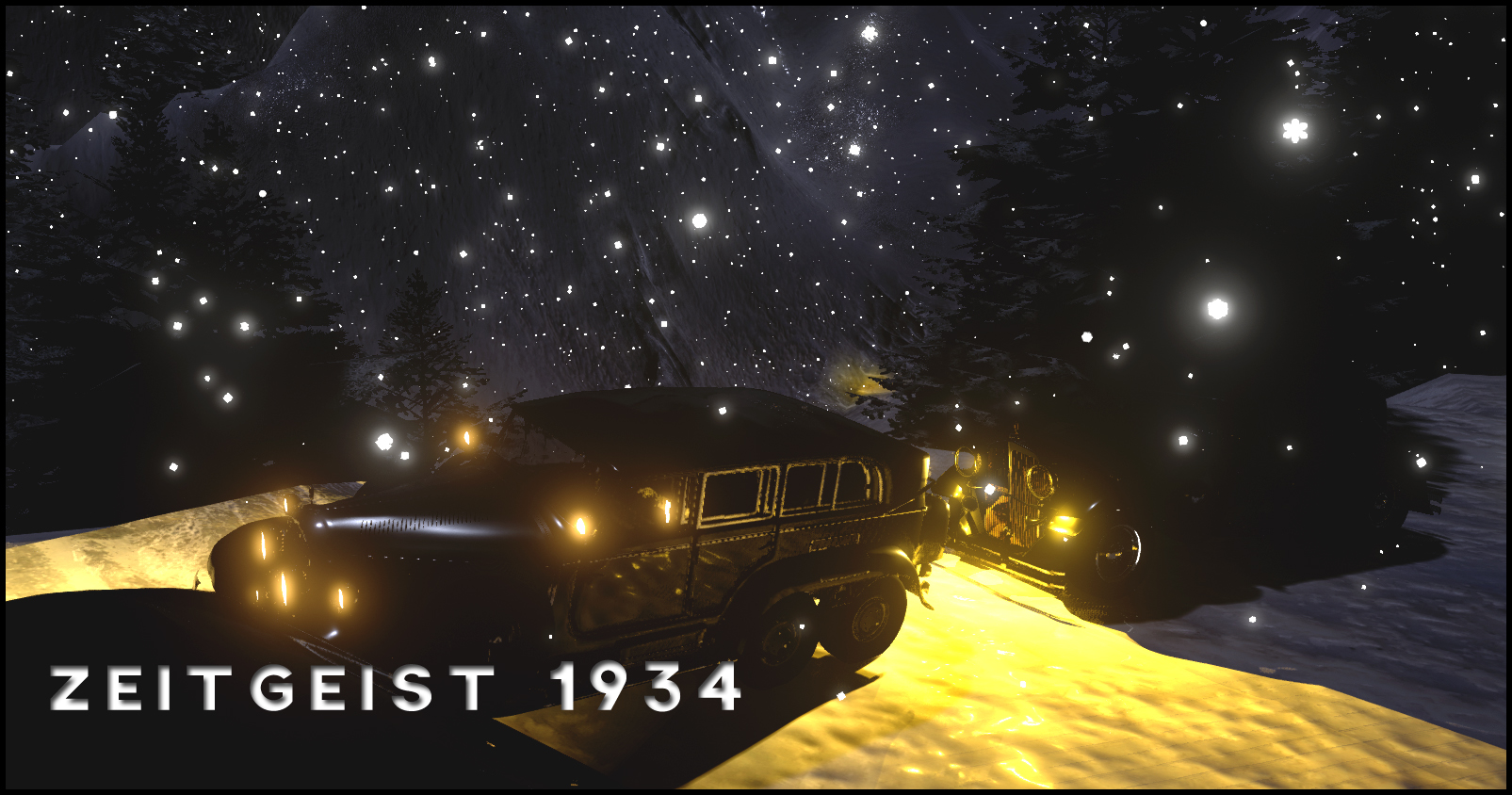 this is ZEITGEIST - and we've got news for you. Yes, we know, the rule of thumb hasn't quite played out,
but you'll understand why after reading and watching...

It has literally taken us more than half a decade, but we have finally made our move:

We are officially developing a game now

Along with the change of engine that we informed you about three months ago, we have been talking to investors and made decisions on how, when and in what manner we want to build and release Zeitgeist to the public.

As always, there is good news and bad news, but luckily, the good news outnumber the bad by far.

But let's go step-by-step and start with the fruits of months of hard labor:

A video tailored to Jonas' revamped version of the Zeitgeist-"Overture", showcasing much of the art, the characters, the style and the world of Zeitgeist.

Catch a glimpse of what you'll get to see once we finally get to finish this project:

As you can imagine, we've been working on this thing for many months, again quite literally
up to the very last second - it's 5 am as we type these lines, and we only just rendered the final
version of the video...

Also, it's far from perfect; to say that we're understaffed right now is a massive understatement,
so if you happen to know animation, modeling and 2D artists drop us a line or two. ;)

Anyway, due to the overkill that finishing this video meant, we'll take the day off and
save the rest of the news for next week.

However, we want to give you one more thing...

So... that's that, and if you fancy, leave us a VOTE for the GOTY contest - we're starting with a 9-day-delay,
but hey, we've been in more desperate situations...

What a change that will have brought to you guys, to change engines!
But now that you have it will be such a pleasure for you guys, to work with a more dynamic and up to date engine.
Can't wait to finally play this game, but ofcourse will that still take a lot of dev time. Which is ok with me.
I hope all goes well with the growd funding in january, those are important mile stones for a development team.
WHich you all the best of luck and i will keep tracking this one,
much success!

Sounds very promising. I can't even acknowledge the amount of work that comes with a change of engine and switching from a 'simple' mod to an own game. I wish you all the best and have left my vote. Keep going, guys!

Looks charming. as the way it was :)
Happy to see it's finally resurrected by amazing developers who have real spirit.

So it's very cold where I live (and my apartment's heating is bad) so typically when I wake up, I check my email, moddb, etc. on my phone for a while before actually getting out of bed, because it requires a good bit of dedication in the cold. When I saw this update though on my phone, I - quite literally, leapt - out of bed and onto my computer so I could watch the video properly.

Love the revamped theme, the UE4 maps, and man those are some gorgeous zeppelins. I feel rather traitorous to the source engine in saying this, but the game looks even better than before. Truly fantastic work, this looks incredible! Voted for GOTY and I will contribute what I can when crowdfunding arrives inJanuary, good luck!

Thank you very much for your motivating words, those keep us going! I liked the cold weather anecdote, are you from Alaska?

Heh fortunately not Alaska-cold! I live in Colorado and normally it's pretty warm, just this last week has been really cold due to a snowstorm.

I have to admit. For a project that started off as a HL2 mod, you've already came a long way and got so much done in UE4 in a matter of months and it is fantastic!

If you still need a programmer perhaps I can lend a hand. I am very impressed of Zeitgeist's progress more than ever.

This is definitely something that I can't wait for. I have been following you all for years now, and I only get more exited for it with each update.

Such promising advances. All the best in the teams continued efforts.

Thank you very much for your upbeating words - we're on it, and more so now than ever! :)