In Zafehouse: Diaries v1.1.7, get stuck into the new Priest occupation, a new dilemma featuring fanatical believers, the introduction of the slow, deadly and quiet crossbow and a new way to "cure" your survivors of the infection... as long as you're willing to pay the price. 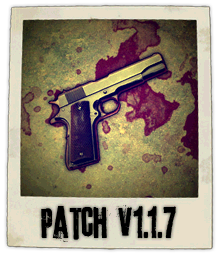 We're happy to announce the release of patch v1.1.7 for Zafehouse: Diaries. With this patch, we’ve taken the opportunity to update a number of images, including all of the in-built survivor portraits and several dilemmas, with high-quality replacements.

We’ve also added 16 completely new images for in-game items, which will appear as photos in the diary when you discover them for the first time.

On the gameplay side, v1.1.7 features a new dilemma, called "The Believers", as well as the Priest occupation to accompany it. A new ranged weapon and ammunition type has been added - the crossbow and quarrels respectively. While the crossbow has a slow rate of fire, it makes up for it by being extreme powerful and very quiet. There's also the possibility of retrieving fired quarrels when cleaning corpses after a fight (in addition to what you might normally find), making it more economical than the bullet-based ranged weapons.

Barricading has been reworked significantly. Secured and fortified locations will now impart meaty bonuses to spotting and resilience; noise levels inside will be reduced and survivors will sometimes automatically attack zombies through barricades. Barricades now also last longer against zombie attacks.

We've also made a thrilling change to the Infection dilemma. Along with the usual "Let them live" and "Kill" options, there will sometimes be a third option with the potential to save the survivor and rid them of the infection. The price, however, may be too great...

A complete list of fixes, changes and improvements can be found on the forums. If you'd like to help us get onto Steam, please throw us a thumbs-up and make our day!