Command and Conquer: New War/Yuri's Revenge: New War's another release is here! Prepare yourself for a better new war!

The older Beta version of the mod was released, it can still considered as an unstable. In this new version, we are sure that this is stabler than before.

Here are two pre-release screenshot of the new version 0.38 Stable. 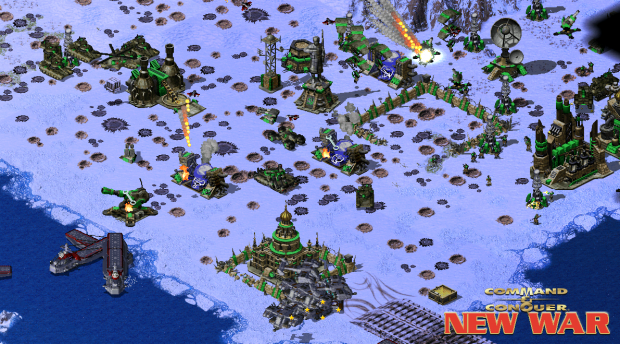 Here are the factions in this mod: 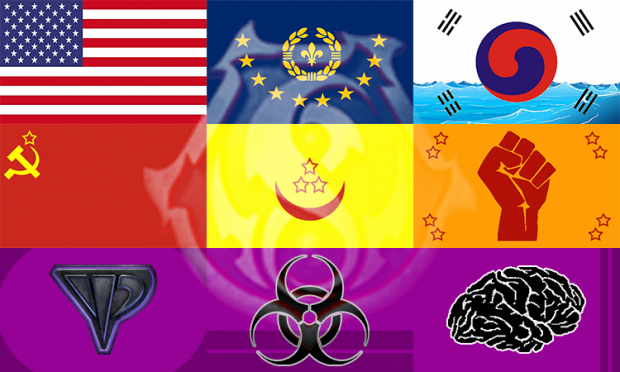 That is our mod, Yuri's Revenge: New War or can be called Command and Conquer: New War. It is using ARES, a DLL that enhance and bugfix the original game.

Unfortunately, since CnCNet 4's server was down, we didn't included it anymore. Thus, we are still be integrated with CnCNet 5 and other multiplayer provider like Tunggle and YuriNET.

Unfortunately, due to Yuri and Black Force's arsenal are incomplete, we removed them from the country selection list. Even Allies and Soviets still need some attentions.

You can download the mod here. Soundtracks are separated and can be downloaded here. You can see the credit list here. Make sure you followed the instructions and we will wait for your reviews and co-operation!

Great to see more epic process on the mod. Loving it!

Thanks, and thanks for showcasing it!

Nice to see this evolving - but why don't the flags have the same size?

What do you mean they have the same size?

Ah sorry, I misspelled my point I guess (english is not my native language). I meant there are some little discontinuities in the flags. If you are still open for some criticism here are the details that caught my eye:
- Eastern Alliance: the water is too realistic in comparison to the iconic pictures on the other flags, try doing it more flat and iconic

- Union of Soviet: The icon is too far to the left. Try pushing it a little more to the right (just a few pixels)

- Eastern Communist: The hand is too big. Try making it smaller in size. Pulling the stars a little bit more into the centre away from the corner could also look better.

- Prime Ministry: Another case of a completely different style. The skeumorphism is not present on the other flags, so you should try making a flat version of this logo (like Yuri has it on his skin in the movies)

- Warfare Arsenal: The logo is also too big. Try making it smaller and give it more space. The darker violet lines overlay parts of the logo which is wrong. Also the outlines are grey. Try to make them purple instead (use the background colour like you did it with the fist logo)

- Psychic Leage: The brain is too detailed. Try reducing its detail according to the amount of detail present in the other logos. Also the white outlines need to be purple (background colour again)

Hopefully this doesn't sound harsh to you, I just want to help out making this a great mod. If you want to send me the original eps / svg files, I can also do the changes for you, if you're too busy. As I said, I'd like to help out. :)

I tried other mod like mental omega and d-day, they just works fine.

I tried the Eastern Alliance and the Eastern Communist, both of them don't have no Hero units like Tanya and Boris.

Eastern Alliance is now have Takada, but sadly we are still looking for SHP Artist to make Shen Quan's body.