A look at the upcoming changes to the new economy system that was first introduced in 4.5. And some other neat stuff.

Yesterday, we presented you some of the bigger changes to the spellbooks. Today, we are going to look at other impactful additions and tweaks we made to the new gameplay elements in 4.5, starting with the economy.

While the new system of upgrading economy buildings through a global upgrade was received positively, many of you raised concern that the upgrades felt very long. Especially factions like the Dwarves had to sit around for a very long time before the Forged Tools were done and they could move on to stronger units or other upgrades. To address this, we split up the Forged Tools upgrade into two separate upgrades, one each for internal and external buildings that research much faster. This not only accelerates the gameplay, but also allows for more diverse strategies: Defensive players can decide to upgrade only their internal buildings and have a strong and safe economy in their fortress, while aggressive players can do the opposite and level their settlement buildings to fortify their foothold on the map. 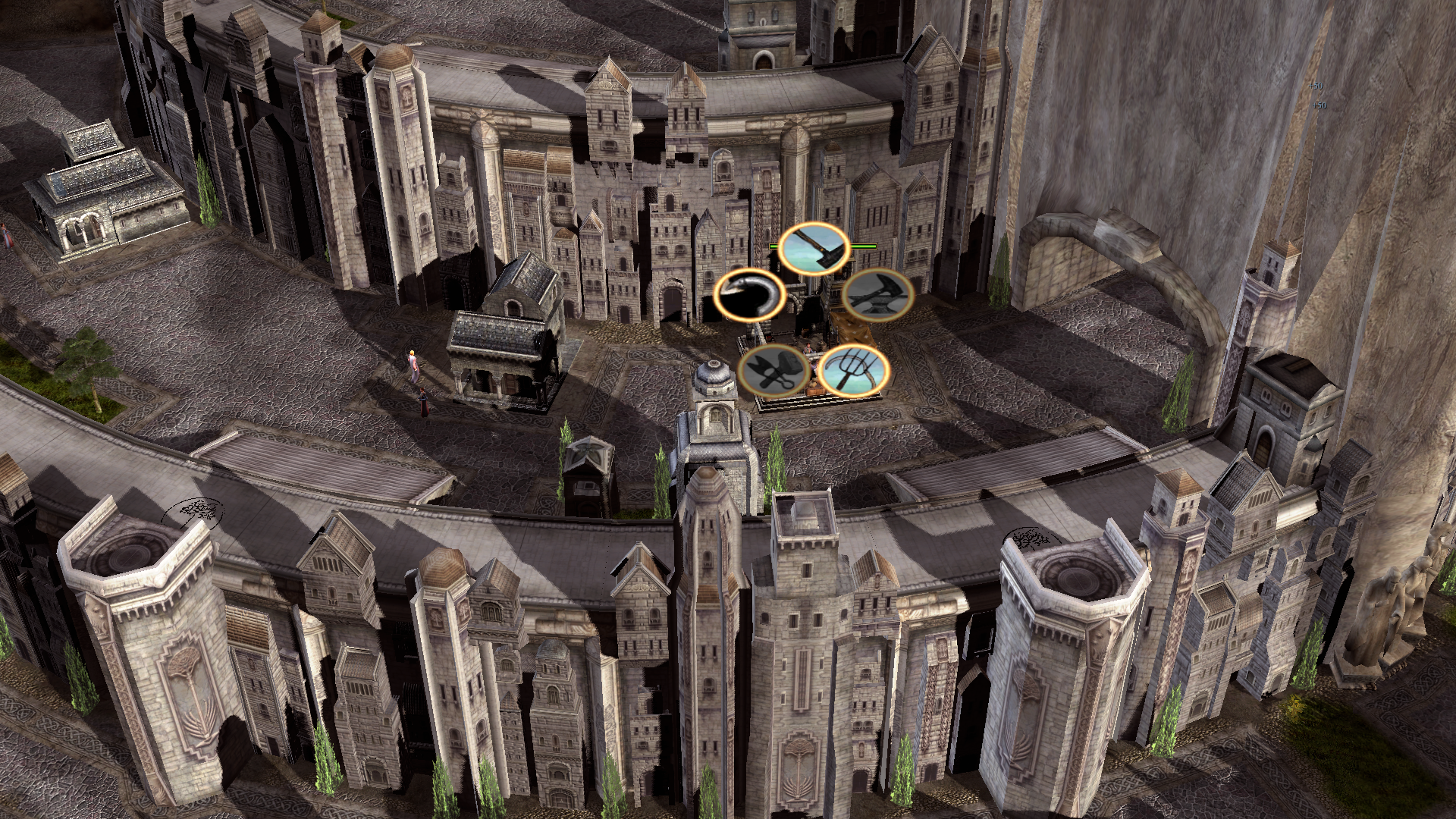 Internal and external buildings now have two upgrades each

This also meant that Imladris needed a bit of an overhaul, since their upgrade mechanic works in a different way. We got some feedback that unlocking Erestor didn't feel powerful enough as a final reward for researching all Studies in the Library, while at the same time the Library itself was too quick a way to level get all your buildings to level two. So after tweaking some numbers like reducing the buildcost and buildtime, we made some further changes: Building the library no longer levels all buildings to level two. Instead, it unlocks Erestor in the citadel. Researching all basic studies will level all your buildings to two, and researching the advanced studies will level them to three.

We also noticed that the general income had suffered, contributing to the slow and sometimes tedious gameplay. To combat this, we took two steps, the first of which was slightly tweaking the Supply Routes, often referred to as inflation. Supply Routes are now a bit more forgiving and don't ramp up as once they come into play (with six or more economy buildings). The second step was based on an idea from the community and is about settlement buildings.

Upon releasing 4.5, we underestimated how much impact the increased buildcost of external farms would have on the gameplay. The increase from 200 to 300 had been implemented to make the harassment of farms still worthwile even in the later game, where they would instantly be rebuilt at level three. It turned out to actually hamper the early game much more, where conquering settlements to build farms came with a much higher cost that made the entire battle for the map slow down to a halt - the worst case in this regard was Mordor, where we saw players just turtling in their base and not even trying to build outside farms before they already had a massive army. This was quite a dilemma, but thankfully the community came up with a solution: In 4.5.3, the buildcost of external economy buildings will again be reduced to 200, but go up by 100 resources with each level. This means the price of a farm is as follows:

We are confident that these changes will make the multiplayer gameplay much more interesting again by rewarding active players who fight for mapcontrol, while at the same time improving the singleplayer gameplay by reducing the amount of overly lengthy upgrades.

Another change that affects gameplay a lot has been made to heroes. Across the board, heroes are now once again recruitable in their respective military buildings. This is a feature we removed early on in 4.0 for technical reasons, but we are glad that we are able to bring it back now! We find it much more fitting and true to the lore that Mollok is recruited in the Troll Cage alongside other trolls, Beregond and Boromir are recruited in the Barracks, Sharkû is located in the Warg Pit an Karsh gets recruited in the Barrow-Wight Lair. 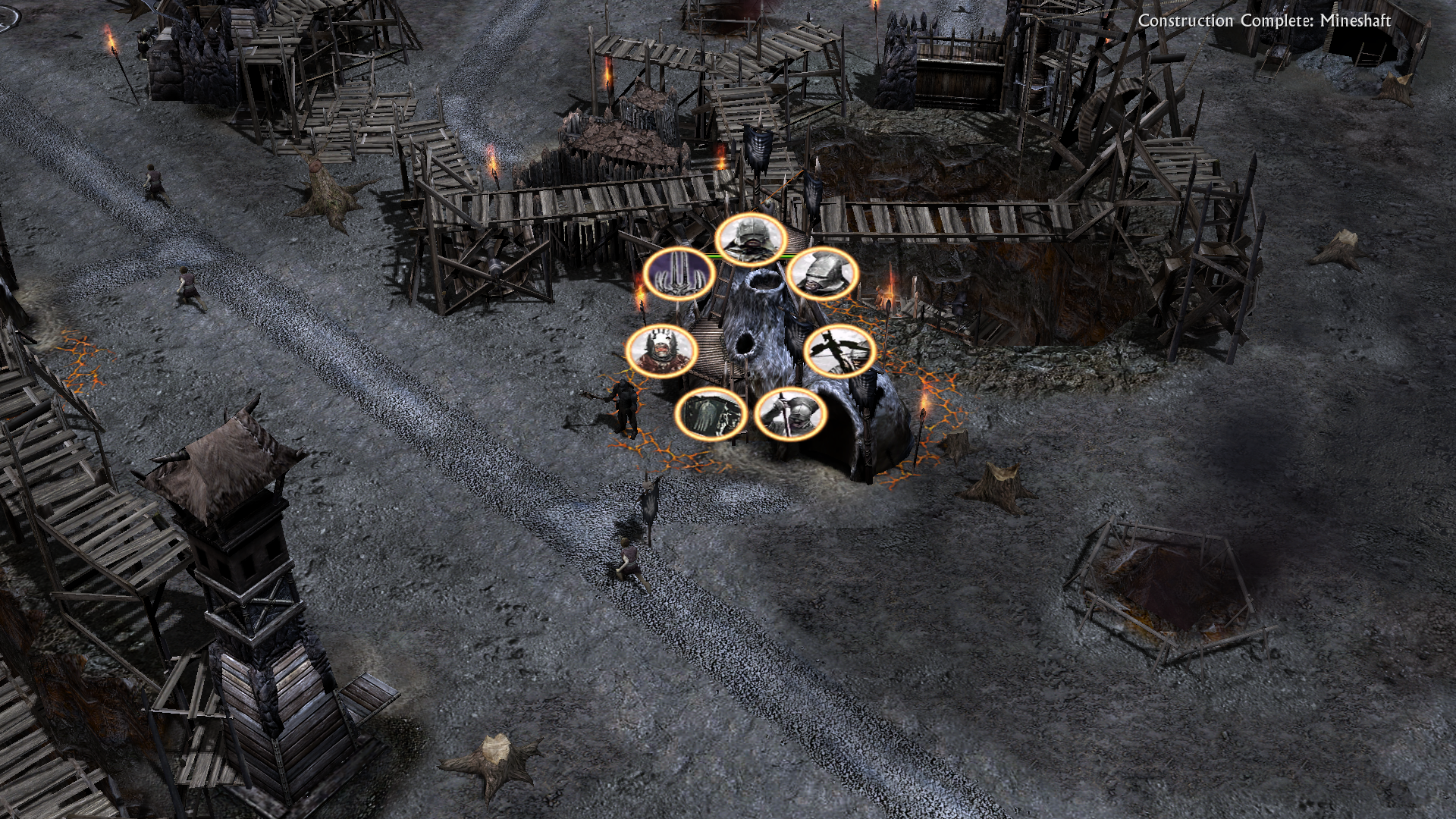 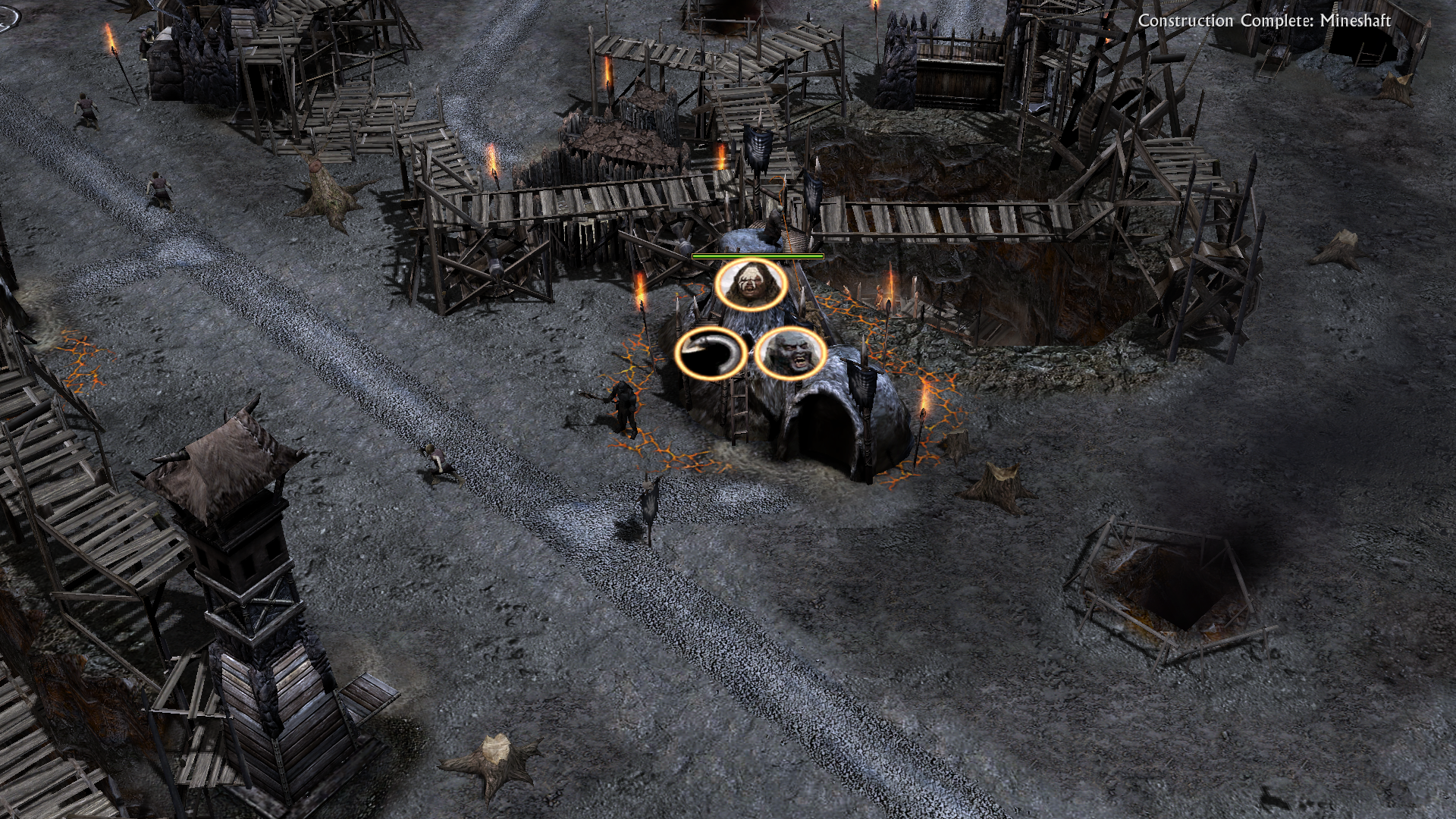 Lurtz and Ugluk can now be recruited in the Uruk Pit

Look out for some unique extras and exceptions of this though! Eomer is initially only available in the Exile Camp, until Theoden is cured and he can be recruited in the Stables. Mornamarth and Durmarth are available in Angmar's Barracks, but they won't enter the battlefield before the buildings has reached level two and their fellow soldiers of Carn Dûm are available as well. Lothlorien's heroes also have a slightly different system: They aren't recruited directly in the Sanctuary or Galadhrim Quarters, but instead the buildings unlock their recruitment in the citadel - Sanctuary for Galadriel, Galadhrim Quarters for Celeborn, Borderguard Quarters for Haldir.


We hope you like this update and we are looking forward to your feedback!

Good ideas, but how many Citadel Heroes remained in citadel? I LOVE THIS IDEA

Depends on the faction. But usually at least the faction leader as well as the scout hero.