Read a brief back story for one of your advisers in Outland 17: Void of Liberty. She will be lending her voice to your decisions as you choose how to lead your revolution.

We're coming down to the home stretch on the Square Enix Collective and in this update we introduce you to one of your advisers, Malai. Each of your advisers will offer different advise for missions and represent the different choices that you can make for your revolution.

A child of the Outlands, Malai started street fighting at an early age to earn money for her family. Learn her back story and how it ties to the beginning of Outland 17: Void of Liberty.

"Why should we fight? Everyone has their reasons. I'll tell you why I fight.
Some of you might remember me from my boxing years. In those days more than just Republic Of Earth’s troops and taxes flowed into the Outlands. My uncle trained me. He never wanted his only niece to become a fighter, but he saw me through it.
Before he knew it, his young niece grew up to be the number one female fighter in the Outlands. Not long after that I was number one in my division, male or female. For longer than I can remember we traveled to every damn Outland just to pick a fight. I never lost, but for all our traveling and scraping by you might have never known it.

My uncle had debts that our earnings never could seem to pay. His wife had to take a job on another Outland as a working hand just to make ends meet. And we never got to fight on Earth. All the big fights were on Earth and if you really wanted to be the champ, you needed a win on the “home turf.”
Everybody knows that to fight on Earth you need a permit that no Outlander can afford. Besides, the locals said, “Earth won’t let some bitch from space take a shot at their golden boys.” But that’s exactly what they did.
They offered to loan me the permit if I agreed to lose a fight to Earth’s current champ on some backwater colony, Outland 3, otherwise known as 221 EOS. I guess they figured a Republic sponsored fight would help quiet a few protests they had going on. Problem is, they never did ask me if I agreed, they just assumed.

By the time their pretty boy champ hit the floor, the holopapers and newspads already had released an article disqualifying me from the fight. I was branded a cheater. My uncle’s last words to me we’re “Don’t worry,” as I saw him enter the Sol Guard station. Earth’s champ left, title intact, and I was left buried in debt, alone, and surrounded by people who’ve forgotten how to fight back. Maybe all they need is a push.
I fight for my Uncle. For those who beat the odds with a losing hand. For those who want to fight but are too scared to do it. I fight to bring the battle back to Earth and make them pay. This is why I fight." 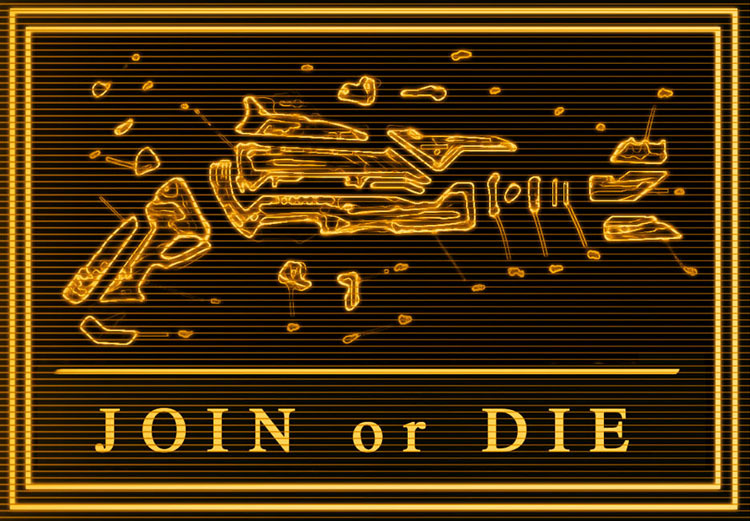