Though still unreleased, Ymir's store page on Steam is now live and you can add it to your wishlist so you don't miss its release when the time comes.

Ymir, the multiplayer city builder with pigs, now finally has its store page live on steam after being greenlit about 2 years ago. Though no specific date has been set for its actual release, the game is getting close to it and you can add it to your wishlist to make sure you don't miss its release when the time comes.

Before being actually released, a period of closed testing will be organized and managed via the Ymir Discord that's been opened to gather the future community and people interested in the game. The duration of this period remains to be decided and will depend on the feedback and amount of issues uncovered by these tests. 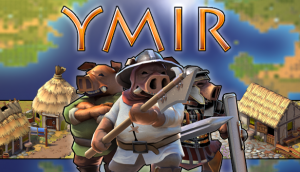