As we have already mentioned, it does not look like we will get a release this year due to the amount of work we still have to do. Some of you may have been wondering exactly how much work is going on for such a long development time, and so here are some facts and figures to show that we haven't been slacking off and drinking beer or something. :D

We realised recently that we have never given a list of team members, or what roles they fill within the team. As we have just had a few new people join us, we feel that this is an appropriate time to do so. So this is us (In no particular order):

Aragon Speed: Team leader. Whip cracker, eye poker, and general toy taker away-er.
Sartorie: Script Editor Scripter. The teams meanie, and the anti-Christ for players. When you get your ass blown up yet again in XTC, this is the guy to blame. He also hosts our repository on his server - so we are nice to him.
Trickmov: Script Editor Scripter. The numbers man and event manager, will give you all the statistics you will ever need, also working on the background life of the universe.
Xelonir: Script Editor Scripter. Likes creature features and hunting Dragons.
Kevso101: Mission Director Scripter. Likes coffee (A lot) and is busily coding the plots and missions. The teams MD sorcerer.
Badman76: Mission Director Scripter. The sorcerer's apprentice. Also working on mission coding while dodging random spells cast by Kevso.
DSE (AKA enenra): Graphical improvements and setting development. Likes playing with skin(s). He is also our pedantic lore master, making sure we stay within the X-Universe lore and don't have things like pink elephants as a new enemy. Also works on plot and mission design and layout.
Alex Vanderbilt: Sector design. Mr. Universe. When you fly into a sector and go 'ooo' and 'ahh', Alex is the person to thank. On the other hand, if you don't like a sector, he is the one to poke with sharp pointy things.
Axeface: Modeller. Makes new stuff that we can blow you up with.
Jeff: Modeller. Makes extra new stuff that we can blow you up with.
Mishra: Modeller. Likes the Borons, so makes stuff that is nice and friendly, and will hug you before it blows you up.
Eliah (AKA X2-Eliah): Background work/Lead Tester/Jack-of-all-trades. Eliah proved he had what it takes as one of our testers, and is now a part of the team. He deals with a lot of the text work like sector and ware descriptions, and is also responsible for creating the new manual.
Galder: Weapons, ship and economy balancing. We have heard a lot of frustrated shouting, screaming, and table gnawing from Galder over time, and it's normally when we change something. We put up with it though because he is the only person mad enough to take on the monumental task of balancing the mod, and keeping it that way no matter what we do to frustrate him.
KRM398: Writer. He writes our plots and news stories, while constantly complaining that the mod isn't 'Realistic enough'. Like flying in space in your own personal spaceship is realistic...
Stemardue: Music. Creates the music for the mod. He is our local noise-maker and keeps threatening to slip ABBA music in because we keep telling him he is annoying the neighbours.
Mokonzi: Silent Joint Team Leader. He, who walks behind the pages. While Moko doesn't involve himself in the mod as much as he would like to due to time restraints, he is our host and provides us with the forums, dev areas, and ftp space we need to develop the mod. Without Moko making a mod like XTC would be a lot harder, and possibly not do-able at all.

As we have already mentioned, it does not look like we will get a release this year due to the amount of work we still have to do. Some of you may have been wondering exactly how much work is going on for such a long development time, and so here are some facts and figures to show that we haven't been slacking off and drinking beer or something. :D

While we do not want to give too much away let us present you some numbers. There have been some fluctuations, but on average there are 15 people on the team, and they have been working on the mod for over 46 weeks now. After 1000 commits to our repository, 6000 file changes have been made. There are 15,000 new words purely in the new sector descriptions alone, and currently the mod consists of just over 2500 files, with more than 400 of them being scripts. By the time we have finished this will have grown considerably though.

Working on the mod we have seen strange things, slain (station) Gods and forced many a thing into submission. This has been frustrating at times but exploring the possibilities and adding our content has been, and still is, one heck of an interesting ride.

The GNS (Galactic News System) will soon be out of the beta stage and released in a final version. In the final version we have added a new function that allows the player to save any news story to a personal 'clipboard', allowing the news story to be recalled at any time and read at the players leisure. Additionally the mod version (As opposed to the standalone version) will have a high number of new static articles added for XTC.

We have added fully usable equipment docks for the player. This means the player will be able to buy equipment from his own EQD's and will also be able to add ship upgrades to them.

A lot of work over the last few weeks has gone into completely overhauling the underlying weapons system and the weapons themselves. We laid strong emphasis on race specific weapons, and while the older weapons that have been around for some time can be used by most of them, the races recently developed new weapons to match their personal tastes.

“With a population score nearing the 100 million mark, this is one of the most heavily settled sectors of the new Boron territory. Originally inhabited by a species named Ghwaark, a vicious sea predator, the Boron had almost dismissed the planet as unworthy for colonization. However, a better solution was found, and a massive barrier has been built surrounding a small region where the beast has been herded. Unwilling to exterminate whole species, the Boron are now planning a full-scale move of the population to nearby uninhabited water planets. By now, the small enclosure has been breached twice already, but fortunately there were no casualties. The other races have expressed their disbelief of the amount of credits required for the repositioning of a whole species. The Boron spokesman said that this is a necessary tribute and the Boron are happy to carry it out all the way to the end."

A news post wouldn't be complete without some eyecandy, so here are some updated shots on the universe work we are doing. (All content subject to change as we develop the mod further.) 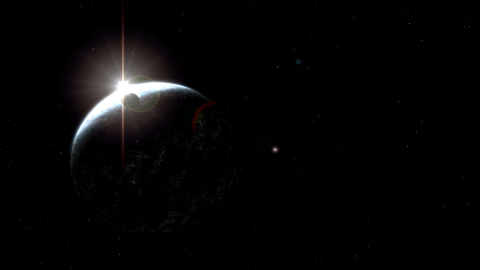 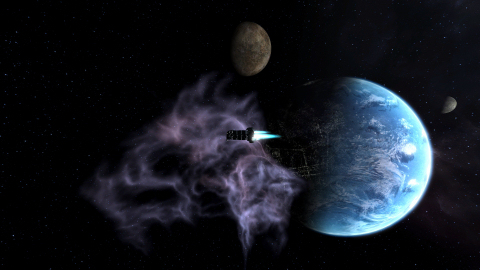 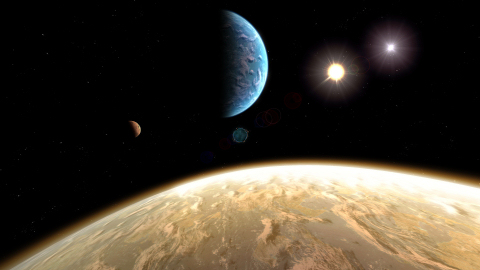 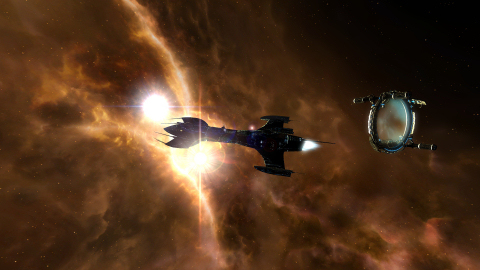 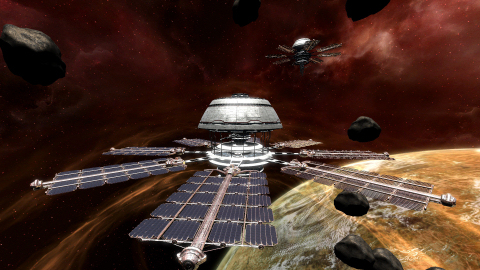 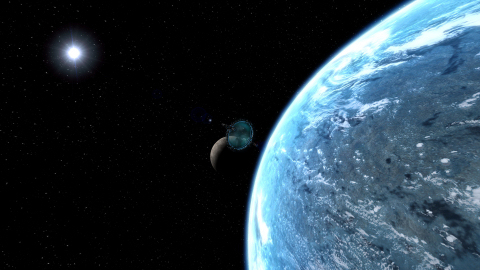 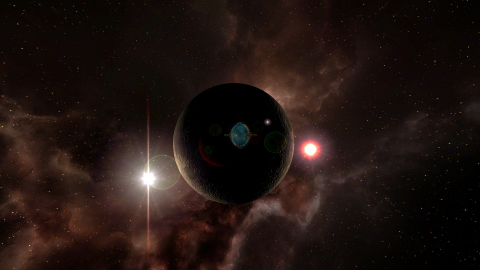 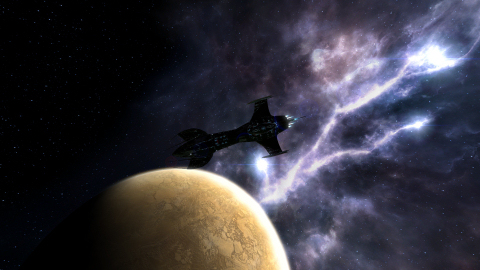 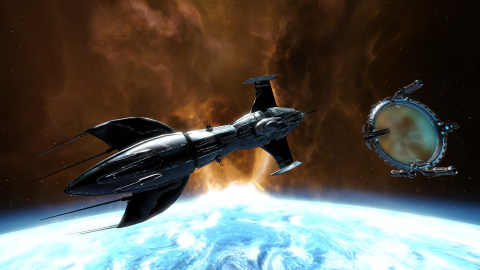 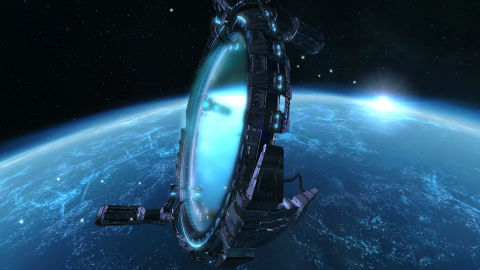 And finally the more observant (and bored) among you will have spotted that we have someone making music for the mod. As a taster, here is our new main menu music for you to enjoy.
XTC Main Menu Theme

That's all for today folks, have a good one. ;)