Forward progress on PC Multiplayer. As testing continues we are knocking out bugs, streamlining our message system and homing in on a "beta" release for MP.

Posted by gristmillstudios on Aug 26th, 2013

Over the past few days we've finalized the addition of the Lidgren networking library to XenoMiner. This open-source project is an invaluable tool for anyone bringing XNA over to PC, as the networking libraries built into XNA are not accessible on PC except in debug modes.

With the implementation of the Lidgren networking system, we've abstracted the Gamer classes out to allow our XNA-style networking code to slot right in from the Xbox version. The good news here is that what worked on Xbox should work "out of the box" on PC. So far testing is going well.

Through the testing process we have uncovered a few issues with the messaging system that have led us to do a stream-lining rewrite of most of the voxel set/remove messaging code. This is the basic network messaging that handles adding and removing both voxel blocks and constructed items from the game and ensures those changes are carried over to the other clients seamlessly and without conflict.

Needless to say as we've refactored this code it has become easier to read, faster to work with, and we've managed to squash some pretty hairy bugs that weren't readily visible in the old methodology.

We hope to see further updates of this kind throughout this week. If all goes well we'll move from there into a limited testing release with a core testing group - it won't be long after that and we'll move it into a public testing release.

Thanks to all our fans and their constant support.

Speaking of fans, here's and incredible "Reactor" made from Endurium that the Leviathan group put together. Thanks to Kevin Hallden on our Facebook page for posting this: 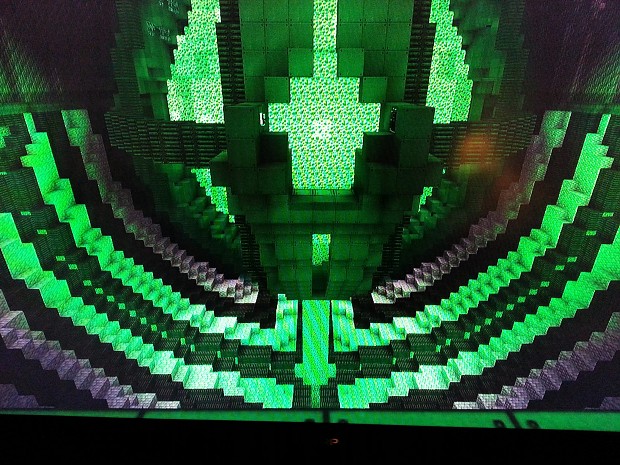