This must be the strangest year in recent human history. Like many people I had some unexpected events happen which made life a bit harder in the short term earlier this year. BUT…

Posted by HoneyTribeShaz on Dec 3rd, 2020

This must be the strangest year in recent human history. Like many people I had some unexpected events happen which made life a bit harder in the short term earlier this year. BUT… I’m very glad to say that my personal year is ending on a high note. That’s for a couple of reasons and one of those is that… our game BFF or Die is now out on PlayStation, Xbox, Switch, in addition to the existing PC version :) 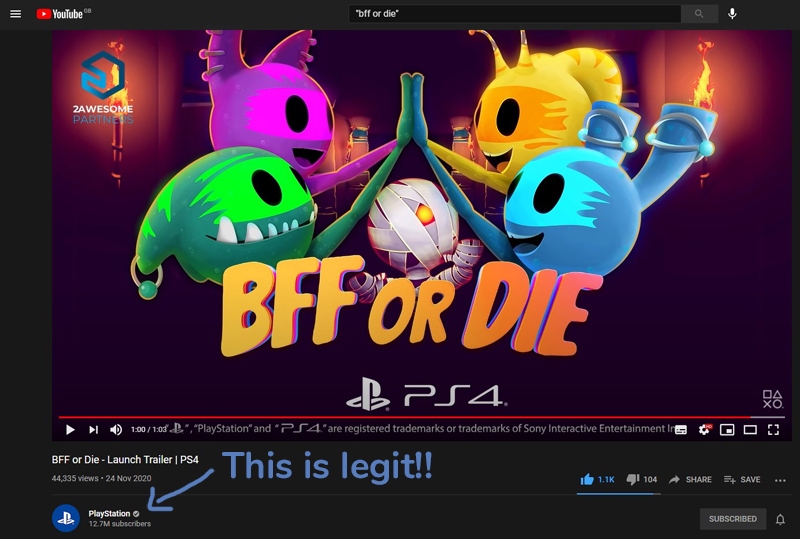 It’s been a long time coming for sure. I just checked the date of the very 1st developer diary I posted on Youtube when we had a super basic gameplay demo and that was waaay back in 2014. So for us three people that made the game, finally seeing it out on all the main gaming platforms feels like a significant event for us.

To all the people that have supported us for a while - thanks for sticking with us :) And to people that don’t yet know us or our game very well - hi! ( ^_^)／

With the help of our publisher partner 2Awesome studio we’ve been able to release on all the major consoles at the same time, just last week in fact! 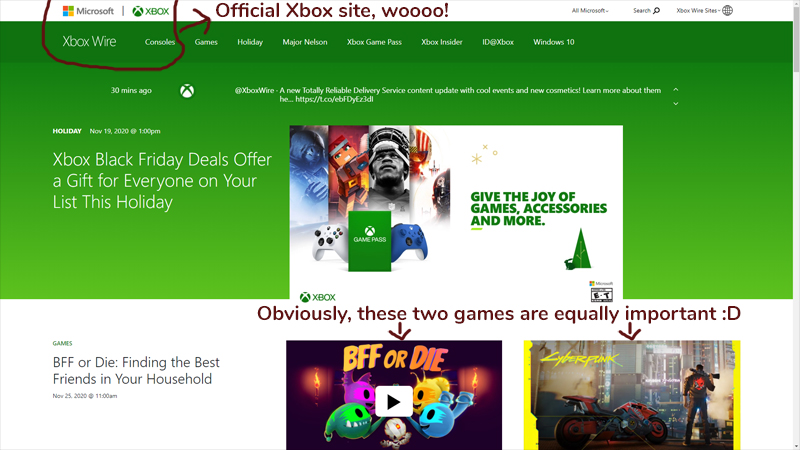 It’s been super cool to see the support from the platforms too. Sony posted our trailer on their main PlayStation Youtube and Twitter accounts! And Nintendo and Xbox did the same on their respective news/indie game channels :) I can’t say that BFF or Die is the biggest or the best game out there but it feels nice to think that all the main console companies are happy to promote it to their followers.

If you tend to play your couch co-op, around-the-TV-together games on console rather than PC then give it a spin on your platform of choice. If playing with younger family members I’d say that kids 9+ are old enough to “get it”, although kids 7+ who are already gamers can often work out the winning strategies too. 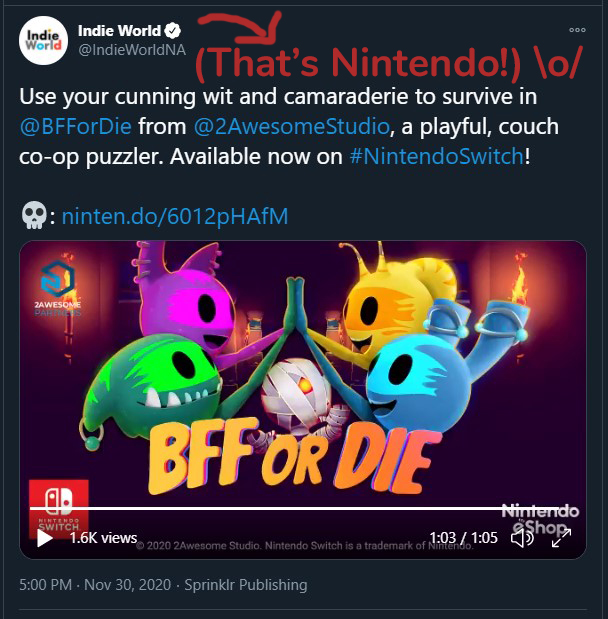 You’ll get 2-3 hours of gameplay from the main story mode and then another couple hours from the “infinite trials” mode if you want the extra challenge.

All the links are below, so if you’re likely to be with someone you can play it with over the next couple months, then pick your platform, download and have fun!.(You can play it in single-player mode but I think it’s more fun in co-op mode).