Wyrmsun v1.0.3 has been released, bringing a couple of bugfixes, balance improvements, popup tips and a new portrait for the Teuton Krieger. Wyrmsun has also been approved to be released on Desura, and will be available there from June 6th!

Wyrmsun v1.0.3 has been released! This new version brings a couple of bugfixes and balance improvements, and it also adds a new feature: popup tips. Now when the player experiences certain gameplay elements for the first time, the game displays information on how that works in the game: 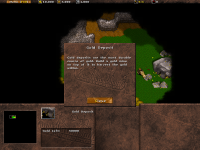 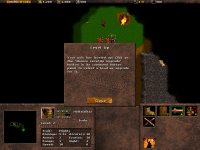 If you don't want to have any popup tips show up, you can deactivate them in the options menu: 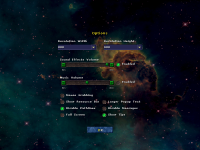 As you can see, options to enable mouse grabbing (mouse capture) and larger popup text have also been added.

And a new portrait for the Teuton basic infantry, the Krieger, has been added: 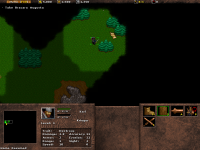 I am also happy to say that Wyrmsun has been approved for release on Desura! On June 6th Wyrmsun will go live on that platform! Please note that the game will not be available for free on Desura, but for around $5. This is to help pay for the game's development costs, such as commissioning artwork and etc. Wyrmsun will, of course, remain open-source and freely acquirable through its GitHub repository and IndieDB, like it is now. What then, do you gain by buying the game on Desura?

1. You will be supporting the development of the game, and consequently promoting the production of code and assets which can be used in other open-source games.

2. You will get (optional) automatic updates, instead of it being necessary to redownload the entire game when a new version is available.

3. You won't have to manually install the game - Desura will do that for you.

4. You will get a Steam key for Wyrmsun, should the game be Greenlit and released on that platform as well.