The version 1.0.4 of the game is now available, and Wyrmsun has been released on Steam!

Wyrmsun 1.0.4 has been released! This new version contains general improvements and bugfixes, as well as a few new additions. The Teutons now have two catapult projectile upgrades: 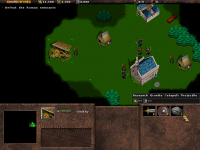 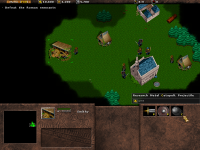 ...and they can now also research "Bodkin Arrow", their second arrow upgrade: 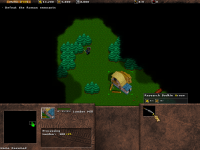 [Edit: Shortly after writing this article we released version 1.0.5 of the game with a couple of bugfixes]

And the big news: Wyrmsun has been released on Steam! Besides helping supporting Wyrmsun's further development, buying the game there will give you the benefits of a streamlined installation, automatic updates and Steam Workshop integration!

Downloaded & played. The negative side : The missions of the first race felt too regular - no story, nothing peculiar. The missions of the second race bore with a fantastically long story that you have to read/pass through every time you replay that mission. The game leaves the impression that it gives you choices in the story, but it doesn't - the other option is "defeat" or simply triggers won't work - which is like : "why not waste your time". Units get no healing ( except for level up ) - so it's very hard to level up a unit. Worst part is that : the skill trees stop at catapult. The second race requires stone, which cannot be found in some missions, so you have to rely on the first melee unit because as soon as you use it, you're out of it.

And now, the good side : still retains a root of warcraft 2, and quite some effort has been put into it. Also, there are no sea battles, fact which I like.
Suggestions for improvement : it would be great if the game would actually have a complete skill tree including mages, spells and all the sort. Level ups should be faster and there should be at least one priest or a sort of way to heal your units - or hp regeneration.
Good job for making it this far & best wishes, will be keeping an eye on this :) .

I agree about the healing, and that it would be nice to expand the tech tree. I also think that you have a good point about the germanic/teuton scenarios, they should indeed have more storyline elements, like dialogues, added to them.

The dwarves do require stone, but there is stone in all of their quests, or did you mean in custom games?