I decided to throw my old engine into the bin and to write a new one. Read here, what I made!

Maybe you know your old engine already. Maybe you do not.
If you want to see it, be fast, the old screen shots and videos will be deleted soon!

Anyways, here are 3 shots of the old engine. 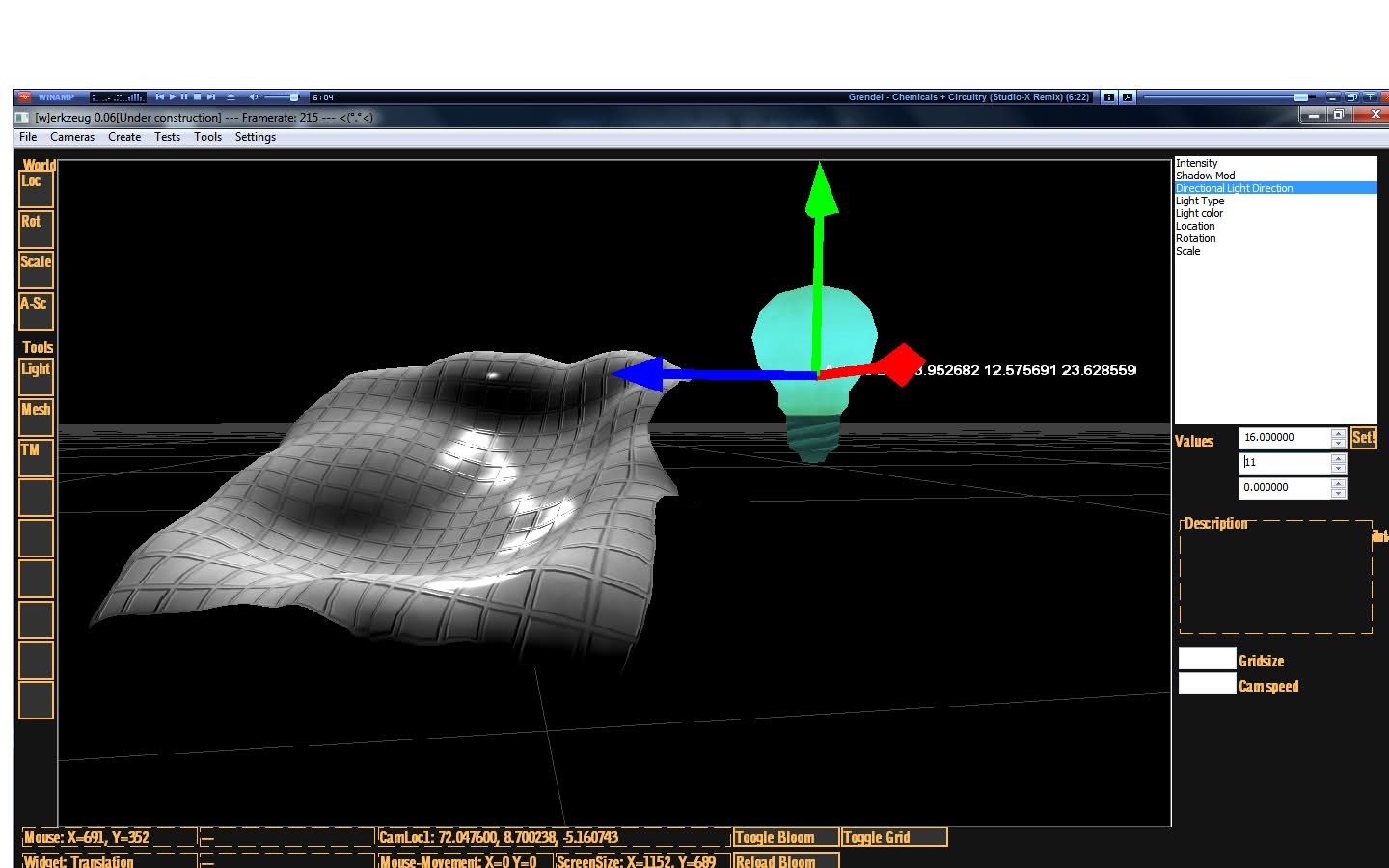 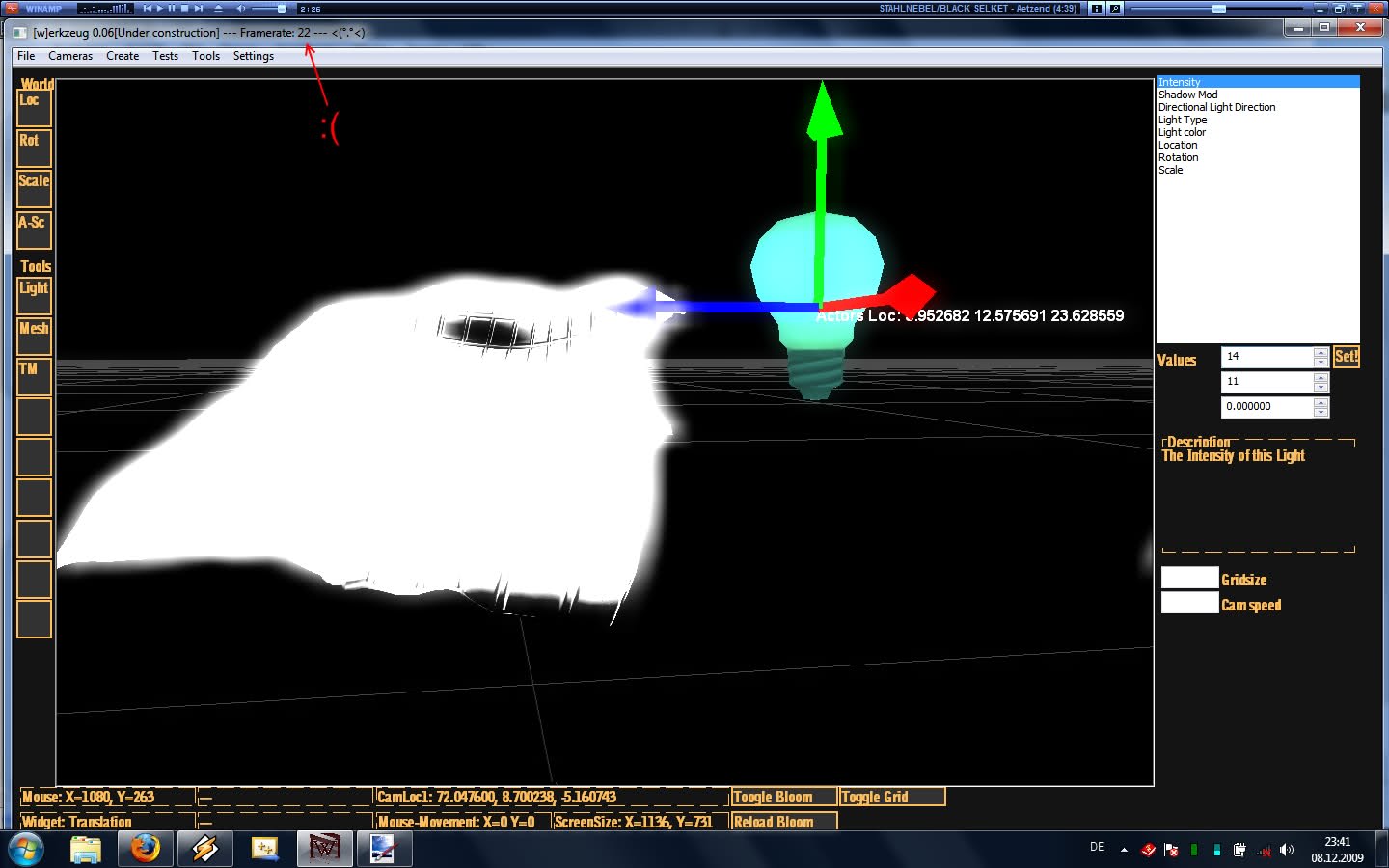 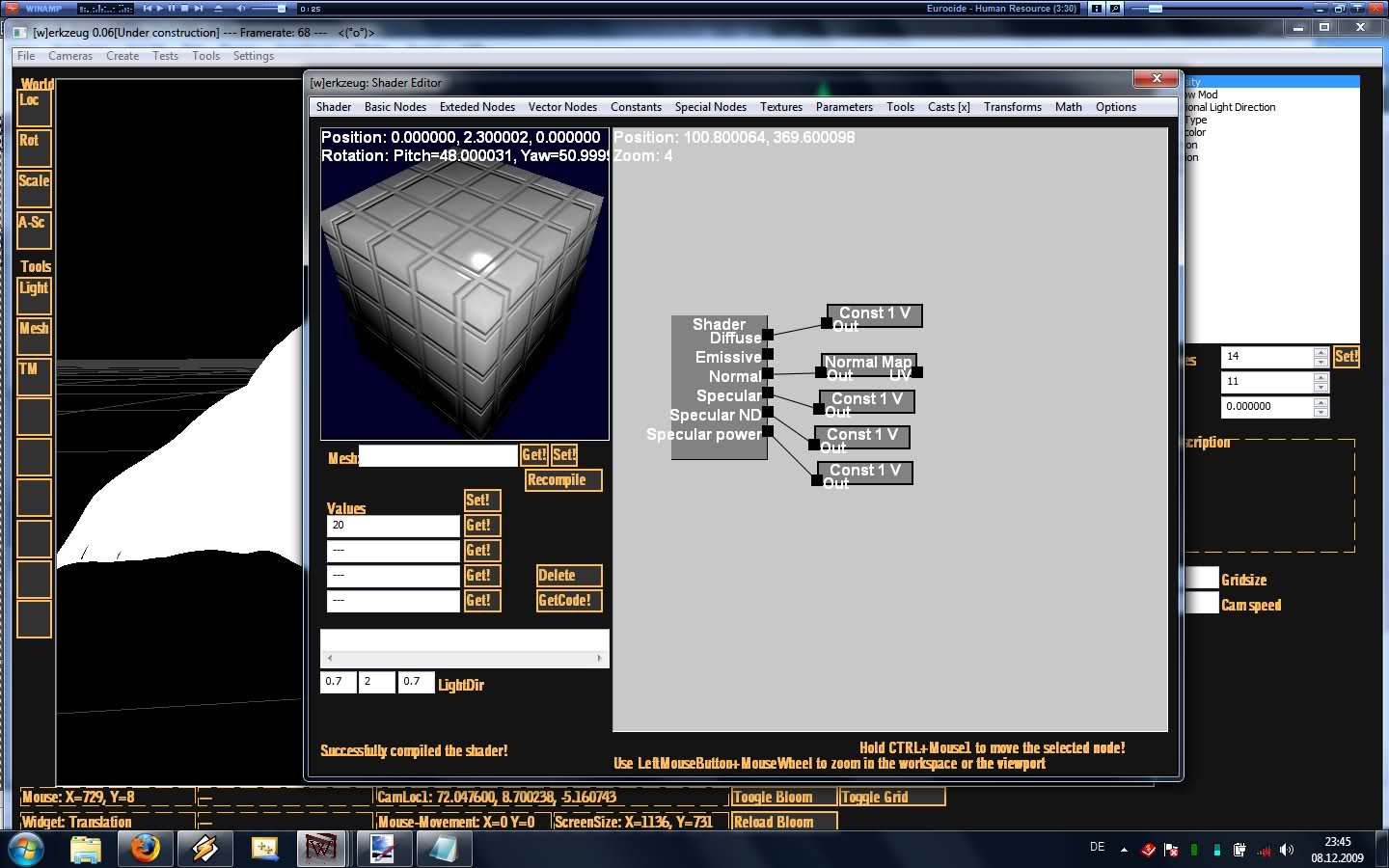 So. This looks good, you might think. I say:
"This is just crap crap crap!"

The way of coding was very very bad, because I started learning C++ with this engine.
One day before Christmas, when I was annoyed by the tons of crashes and bugs, I
just thought, that it would be the best to rewrite the whole engine.

As I stared with DirectX9 when I wrote the old engine, I wanted to go the next step.
I wanted DirectX10. So I built a new one, piece of piece, and I thought hard about every
line of code. Everything has to be perfect now! And when I don't like something, I just delete it,
and rewrite it from scratch, as I did with my PackageSystem today. :-)

And this is the result:

(Don't take a look at the map ;-) its just a testmap. Wait until you get to see a real
one! We are working hard on something really showable!)

One of our goals is to make a engine, which is able to build up big worlds, as fast as possible!
So I didn't made an ActorSystem(The objects you can place in the world) like that in the
most other engines, for example. I MADE an ActorSystem, but it is different:

My system doesn't builds up on creating one Actor 10000 times, with all its properties.
No. It uses "ContentMarks". That are just little Objects, which are holding a "pointer" to the
one, original, Actor in a Package. Also the ContentMarks can have their own Location, Rotation and Scale, but thats all! The perfect sollution for lazy coders and mappers. :-)
And this is just one cool thing of our engine!

If you want to see some more pictures of the engine, or if you want to read more, please see
our public-documentation. It shows how to import stuff, and how to build a world with the
new [w]tech:
Moddb.com

Thank you for reading! :D

Looks good, but aren't you going to end up rewriting it for directx11 as well? =p

oh yeah. Later. It is just work to do it. ID3DX10Surface becomes ID3DX11Surface for example. Anyways, we don't need 11 for now. My PC can't to it. :) And DX11 doesn't features much new stuff, that we need.

But of course we will port it! :D