In the last months, I worked on the Shader system. See here, what is possible now!

You've may seen, that the meshes, in the previous screen shots, just had some simple skins (Face-Normals), because the Shader-System wasn't really built in. It was very basic, and didn't support textures, for example. Now I've created a useful Shader Editor, some UI to put Textures into the Shader, and I made a new Package-System, which is able to save the Shaders in a binary format (For faster loading). [w]tech is now at version 0.04, and supports these things:

In this news, I want to show you, what cool things can be made with Pixel-Shaders!

But first: What are "Shaders"?
A Shader is something like a small program, which gets executed for every Vertex/Pixel/Polygon.
So you can modify some values, like the position of a vertex, or the color of a pixel by using math.
In DirectX10, there are three types of shaders:

- Vertex-Shaders: Changes the position of any vertex, the mesh has. No matter if static or not.
- Pixel-Shaders: Sets the Color of the pixel, which is covered by the drawn mesh.
- Geometry-Shaders: This can create new polygons in realtime!

So, see this very evil little guy (A goblin from BeyondJupiter): 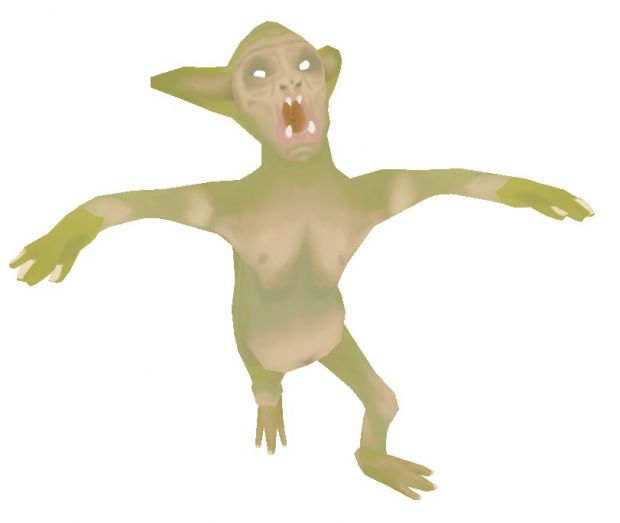 He has a texture, but it looks very crappy and old, and since he doesn't has much polygons, he looks just like something in a game from 1999 or so. With Pixel-Shaders we can dress him up a lot! Lets take a look at the "Fresnel", which highlightes the borders of a mesh, based on it's face normals, but since we want something cool, this is not enough. In the Pixel-Shader, we can do a Texture-Lookup to a "Normal-Map". With this texture, it is possible to fake a surface-structure on low-poly meshes, to make them more realistic.

So, when we use a fresnel (For a lighing fake here), it looks like this (Untextured): 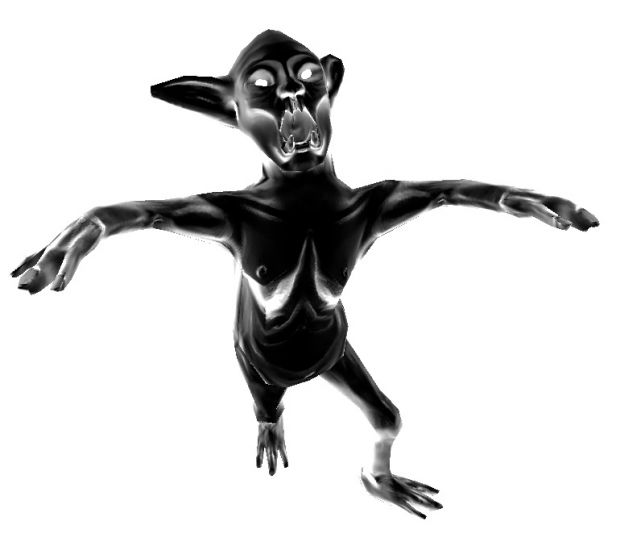 And note, he doesn't really have much polygons!

If we combine the texture, and the Light(-Fake), we get this nice image: 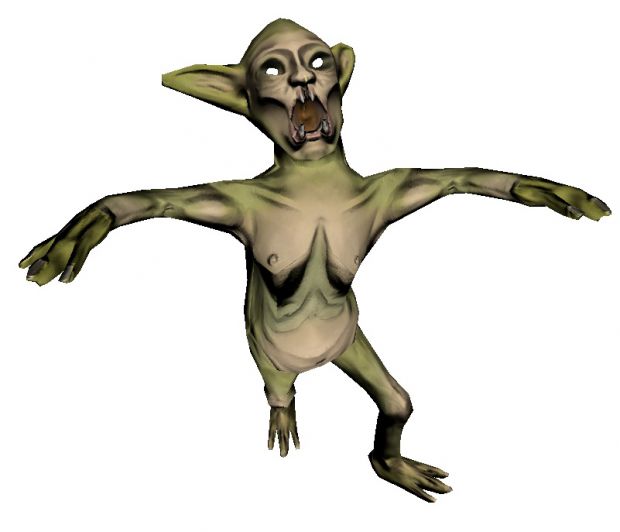 And as a final step, we add some specular lighting to the model: 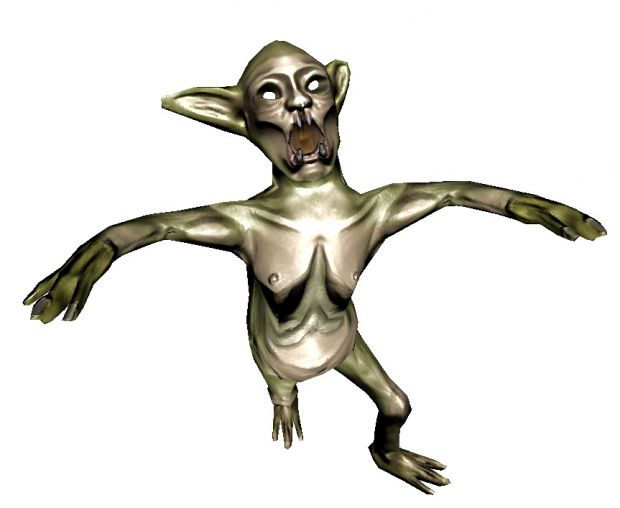 Looks much better, I think. Normal mapping is one of the very cool things, you can do with Pixel-Shaders. As they are fully built in now, I will show you the use of all types of Shaders in the
next days!