Brutal Nature 0.27 has been released! Now with tutorial quests!

Brutal Nature has just released version 0.27! Download it today and give it a try!

Main new features are a tutorial quest to walk you through the game as well as scripted quest support, scripted as in users can easily add new quests using angelscript!

Also once again for this release we have fixed ALL known bugs! That means you users get to find new bugs for me to fix! 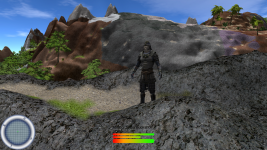 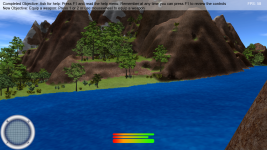 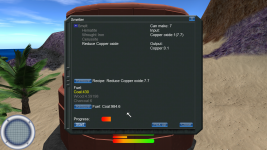 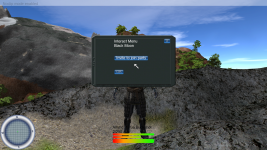 Sooo, this is the HD version of Minecraft, basically... It has all the features of minecraft, only the look is better, its no so square and pixel-ish.... Its interesting... Maybe It will become more famous then Minecraft if you optimalize it well.... Good luck man, thumbs up for ya =)

Somewhat. I am also natively supporting mods while minecraft still has absolutely zero native mod support. I don't plan to really follow minecraft in any particular way, other then seeing what the most popular minecraft mods are adding game play wise and make sure I have build in support for them, things such as electricity, mechanical power, vital metals like copper, etc.

I see a healthy modding community as being truly essential to success.

Optimization has also been a focus while designing. Realize that while the FPS are not great right now, there is absolutely no terrain LOD. Its rendering 1 square foot resolution detailed terrain as far as you can see right now. Hundreds of megs of vertices per frame and still pulling it off in real time.