We talk about what the Foxhole dev team is working on including World Structure changes, Firing Ranges, and more!

World structures are going to be overhauled in the near future both visually and gameplay wise.

First, we will be completely redesigning many of the world structures including the Workshop, Supply Station, and Manufacturing Plant. These structures were using assets that we made during a very early prototype stage over a year ago and a refresh for them has been long overdue. 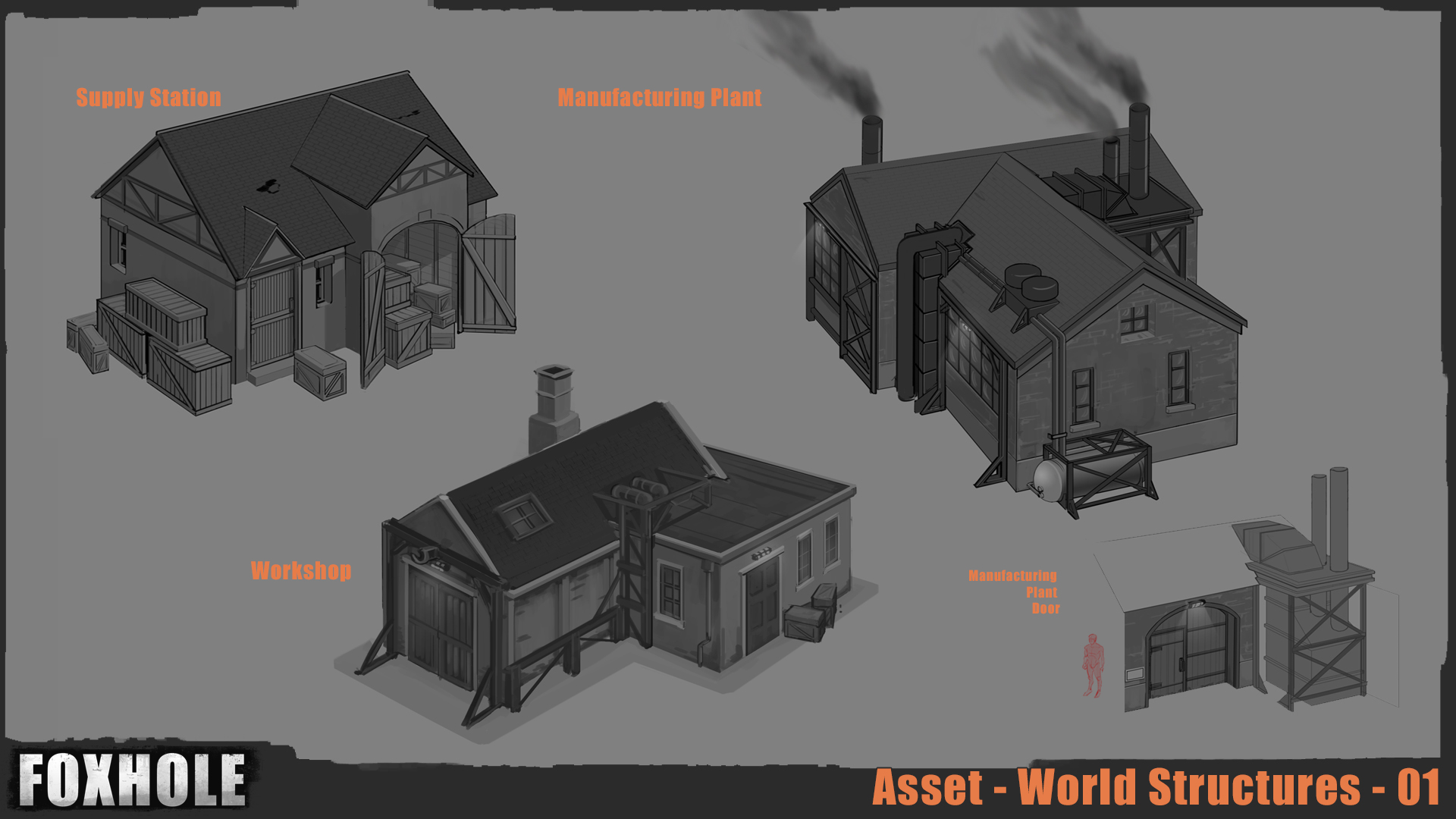 Second, we will be making all World Structures (except Manufacturing Plants) destructible. We've always planned for this feature, but is has been contigent on redesigning some of the world structures. It didn't make production sense to do destroyed versions of assets that we knew were going to be thrown out in the near future. We are hoping this will open up new strategies like scorched-earth tactics or targeting enemy production towns. When an upgraded World Structure (like a Vehicle Factory) is destroyed, a percentage of it's Technology Parts will be dropped in the debris.

Finally, we will be removing the Oil Refinery structure from the game. Fuel will now be gathered from out of town Fuel resource nodes, similar to how it is with Components.

You can see some of the refreshed World Structures below.

While this is far from a critical thing, this has been a bonus feature we've been wanting to implement for some time. We will be adding Firing Ranges in several regions of the world. Players will be able to use these to test out weapons and get feedback on damage statistics. We're hoping this will enable players to better understand how each weapon works and in the long run, improve game balance. 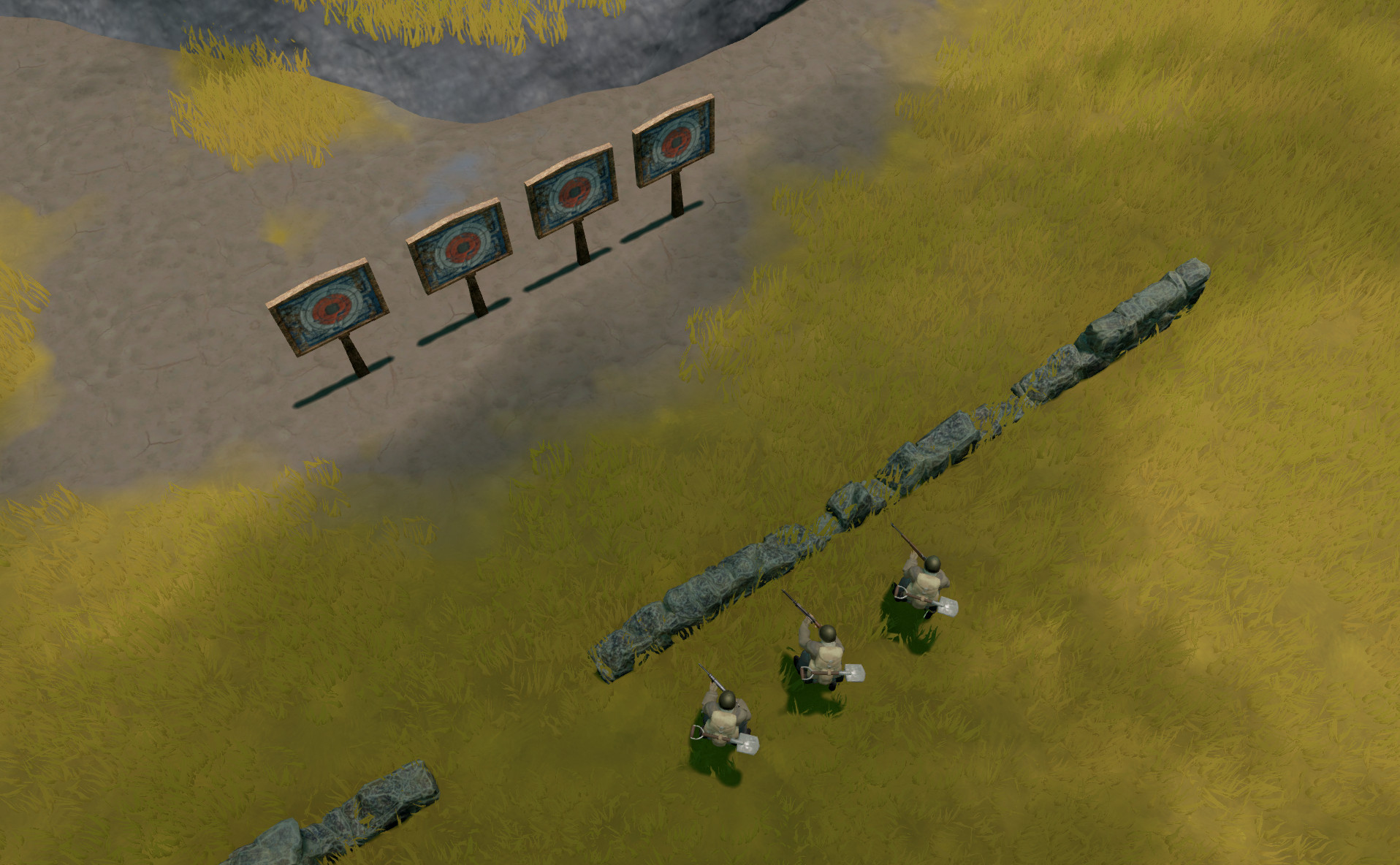 If you've been following Foxhole for awhile, you'll know that we've been working on redesigning the character models for awhile. Our big goal with the redesign is to keep the existing feel of the characters as much as possible, while giving each faction a distinct look and injecting ideas from the new lore we've developed. This has been an extremely challenging task and we've gone through many failed iterations where things felt just "slightly off".

In our previous posts, we showed you the progress we've made on the new Warden character. Today, we're finally at the point where we are happy enough to show off our new Colonial character. Keep in mind the model is still work in progress, but you can see how it looks below.

Our concept artist Julian has also spent a lot of time redesigning the faction logos. The current logos have always been considered stand-in designs. Much like the character models, we have been going through many iterations to find the right fit. We are still searching for the right logos to represent the Colonials and Wardens, but here are some designs from past iterations.

Note that we've made dozens of logo designs and what you see here is just a fraction of them.

Addendum: In case it's not clear enough, these are designs we passed on. I wanted to share some of the ideas we've gone through in the past :). 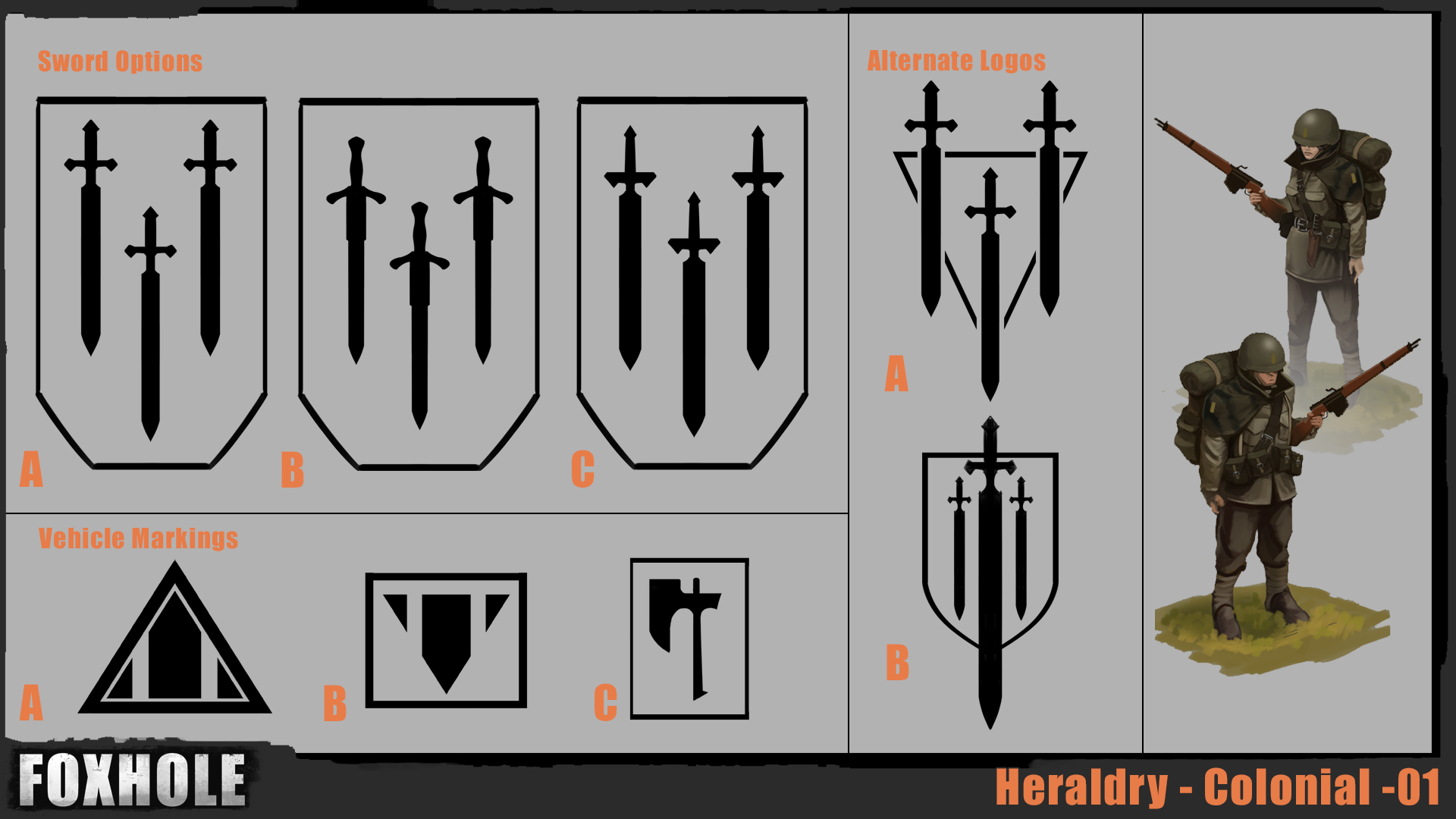 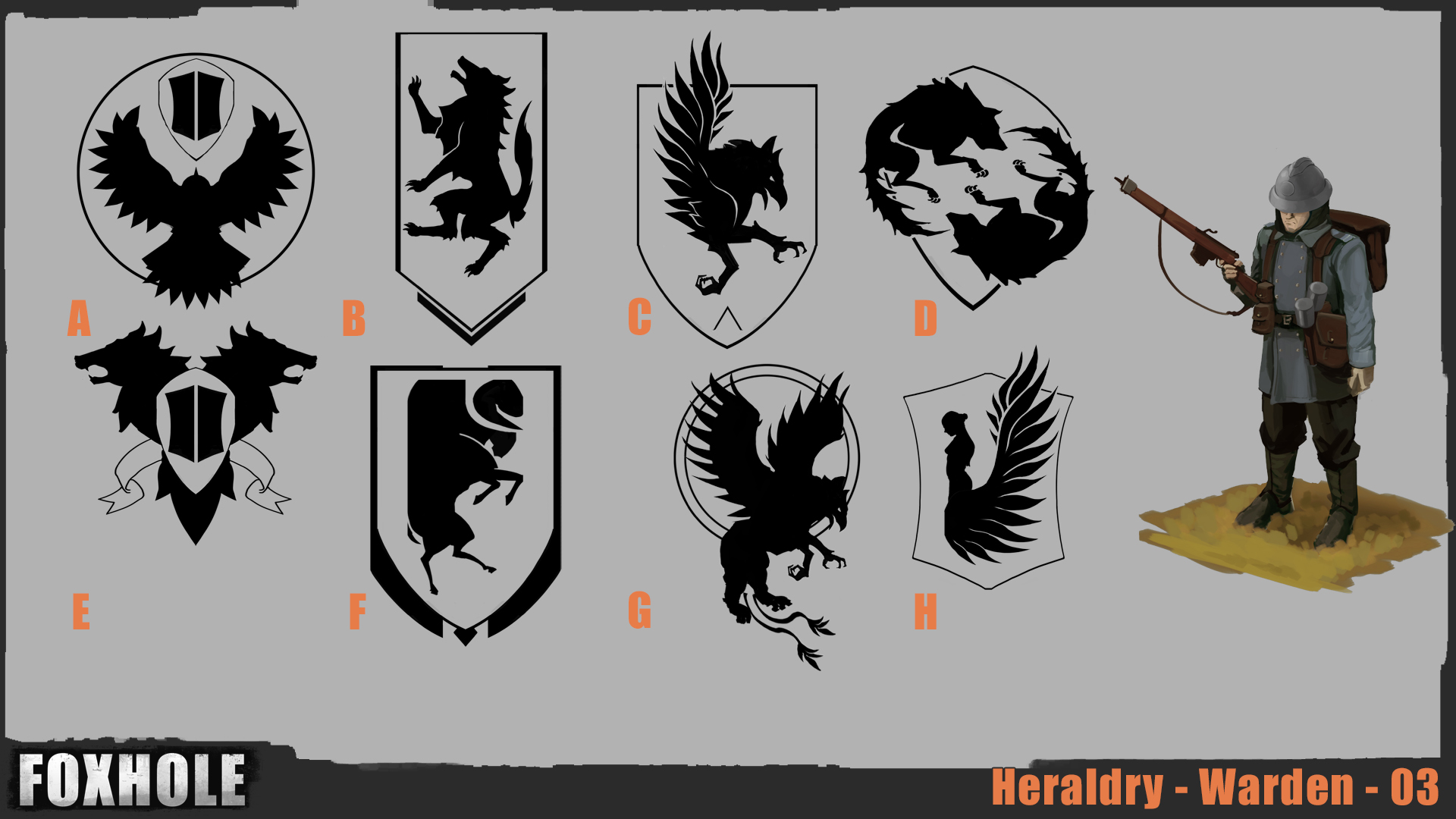