A first view on the world of "Melancholy.hope". Including map, sketches, and info about its inhabitants.

The world of "Melancholy.Hope" is not yet fully discovered by its inhabitants. The area shown on this map, which was made by a "Grand Pillow Gang" follower, is populated by the kids only, preferably from age of 4 to 17. Maybe, there are some older people living far away from this region, but in this area no one had ever heard of them, and the older kids just keep disappearing. 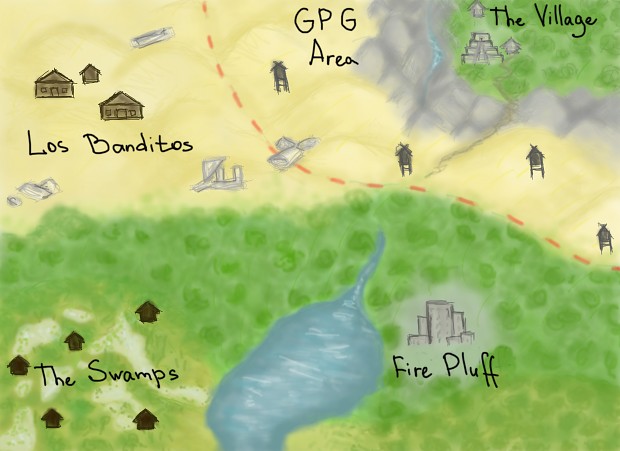 The areas presented in here mostly remind our modern world which stood for a lot of time absolutely unpopulated. But currently, there are four most populated regions, where kids try to create their own form of society:

- FirePluff - Jorgen's hometown. A middle-sized city populated by the kids of all ages presented in the region. This place is ruled by Tigerblast, a teenager who is told to be the one who managed to defeat a tiger using only fireworks, and then with the gained respect from this event, he united the kids scattered across the region, and implemented the unique resource distribution system which still helps kids of FirePluff to stay safe and well fed.
You can't say that "citizens" of this town are known for something in particular, but they seem to trade with other communities in a very efficient way. 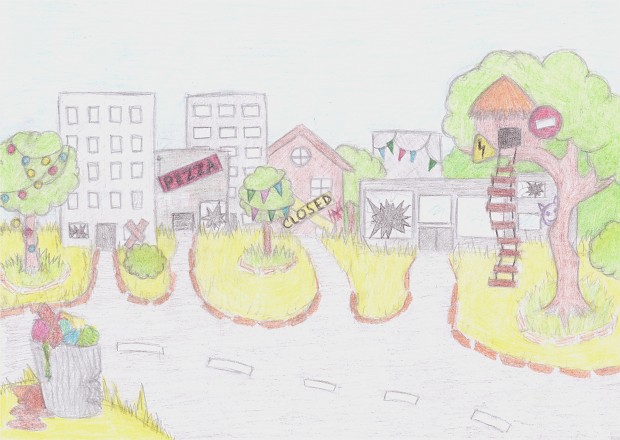 - Grand Pillow Gang - is another kid community presented in the region, life of its followers is mostly filled with two activities - searching, and then putting their findings to use into their everyday life. They have covered a vast area taking the north-west part of the region, which is separated by a mountain belt into two functionally different areas: first it is a huge area around the mount perimeter filled with outposts used for finding an artifacts of the "previous civilization", and second, they own a piece of flat and fertile land at the north of the mountains, which provides a place for their extensive fields and capital, name for which they believe was found in their "secret source of knowledge".
Grand Pillow followers are mostly the kids age from 12 to 17, in order to join them you need to go through a long ritual which even includes quite lasting vow of silence. These kids have mastered the agriculture, and put its products to a good use, from producing food and linen clothes they wear, to production of methanol which is used as a fuel to a region's main transport - buggies, and of course they make plush toys and pillows. 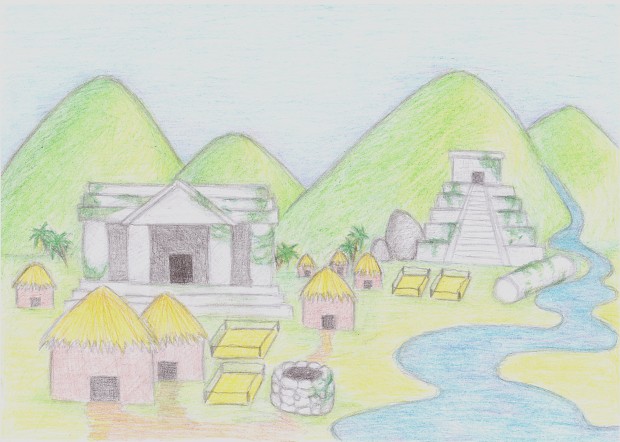 - Los Banditos is a relatively small group of kids (age from 6 to 11) located in the desert, who spend most of their time driving buggies, shooting water guns and earning themselves more fake moustache, which serve as representative of their rank in this society. FirePluff and GPG are supplying Banditos with food, in order to keep swamp kids away from the cities.

- Swamps is the place for the most unstable kids in the region. Without any moral boundaries they appear to be losing common sense in any way we know it. Not much is known about them except that they live in tribes, and behave mostly like animals, sometimes kidnapping the foreign kids, or just stealing their food.