To explore what more areas of the game would look like in greater detail. In the first half of the class, we focus on creating graphics and explore architectural ideas and where shadows will fall. This progresses into more detail, gradually refining the design. Last year I explored an area called Megamath. Now on the opposite side of the game's map, I expand upon a region of the game called Gevurah. 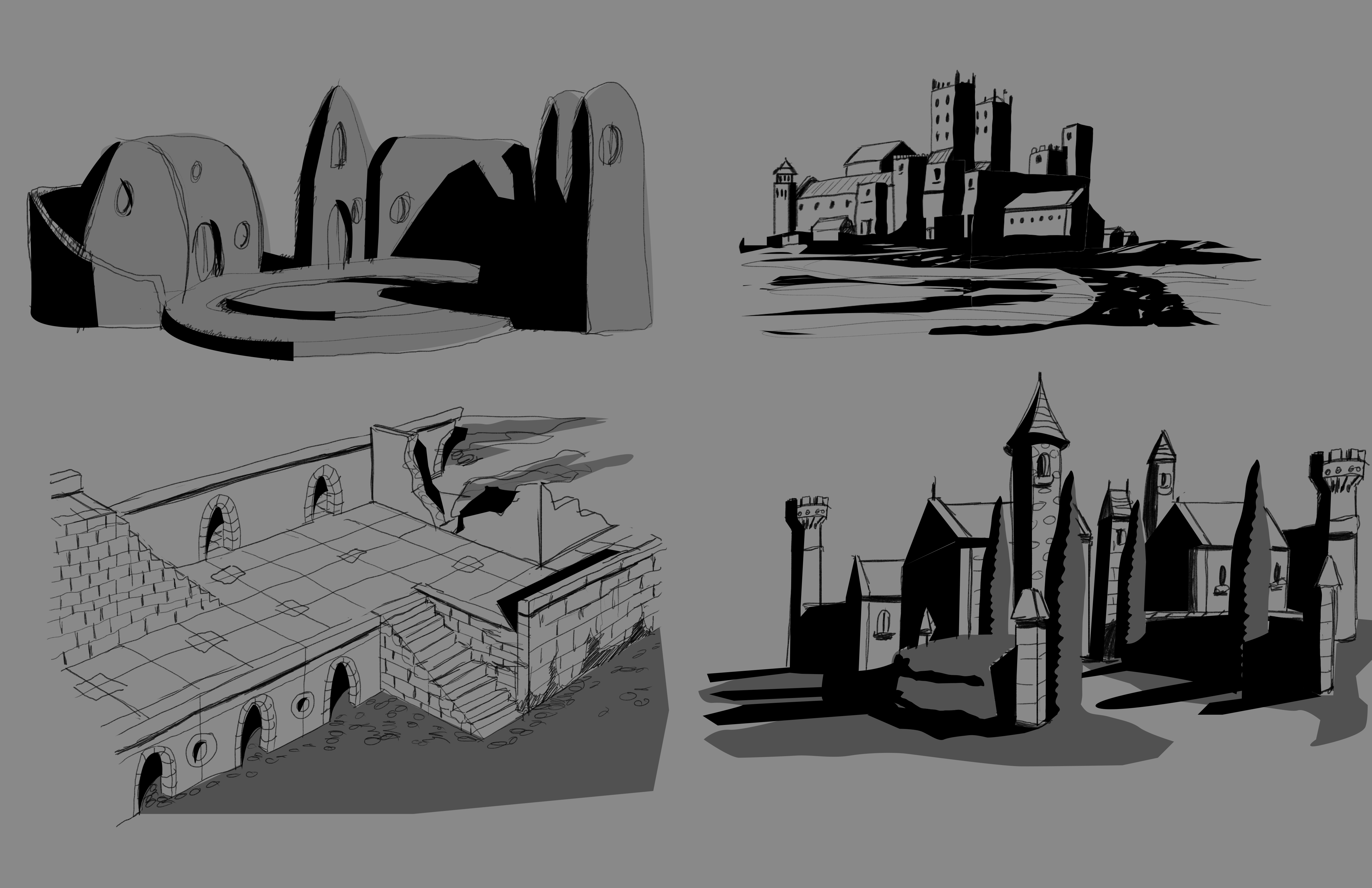 Fantasylore.com has been used as the testbed. Fantasylore was the original name of Aura Online and the domain has been around since 2002. While the game has gone through a few name changes, the game is still named Aura Online, but FantasyLore.com is the main website. The website acts as a game guide and armory allowing you to select your character, see your progression, and items. As the testbed, this is where the alpha testing is taking place with Early Access available to those who join the Patreon. The website and the game share the same database. The prototype is now in a state where the Unity Client is working perfectly with the website. 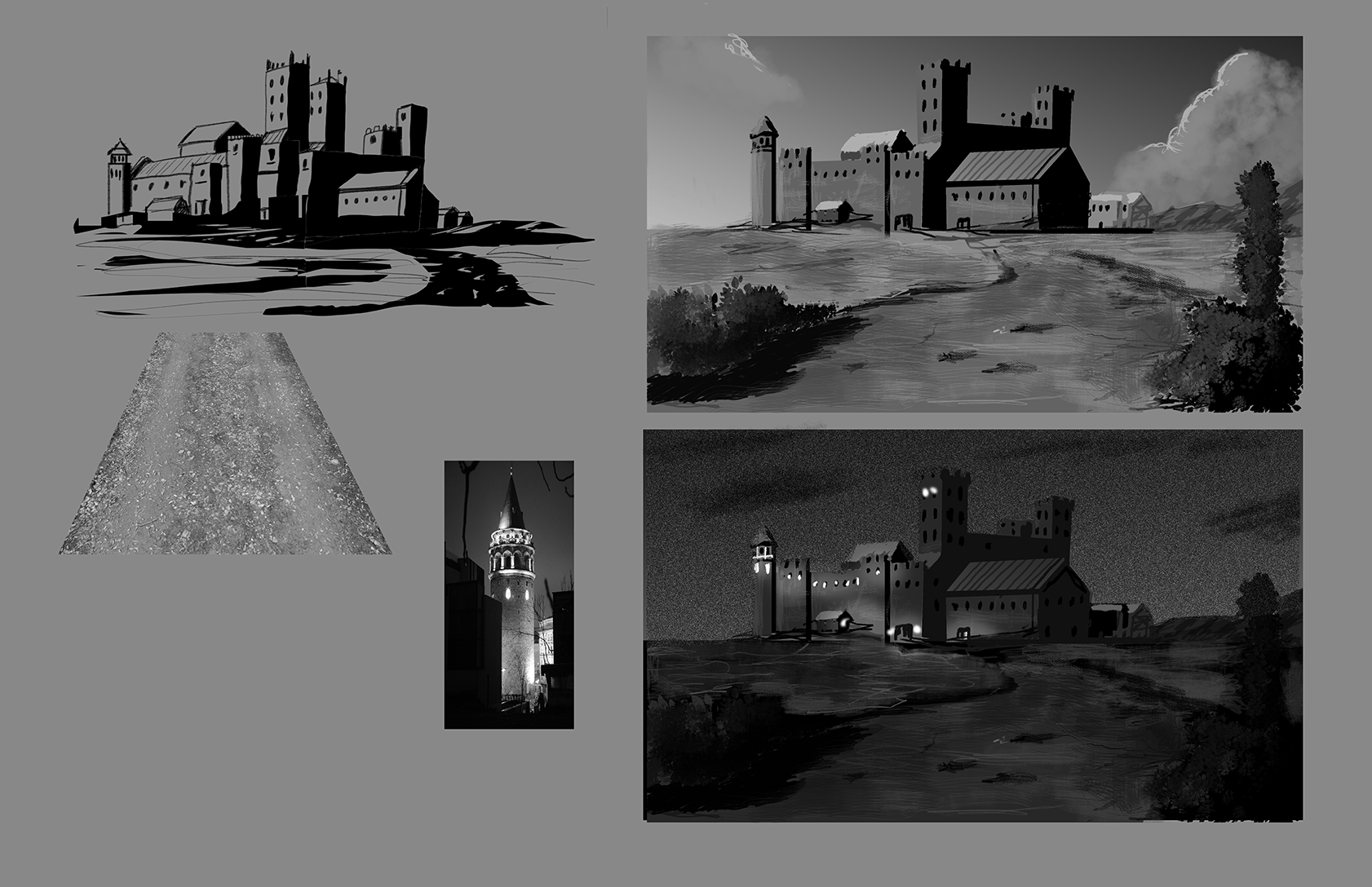 The area we explore here is a Guild House. Guilds in the game compete for territory with the most dominant guild ruling and maintaining the castle. The Castle is surrounded by vast fields that are farmed on to feed the Guild members and staff. The main way to obtain the Guild House as your Guilds Home depends on the success of your Guild in the area. If your Guild has the most members and they are actively repealing the beasts in the area, they will gain dominance. Other guilds can come and slay the beasts and come in numbers to take over the castle. 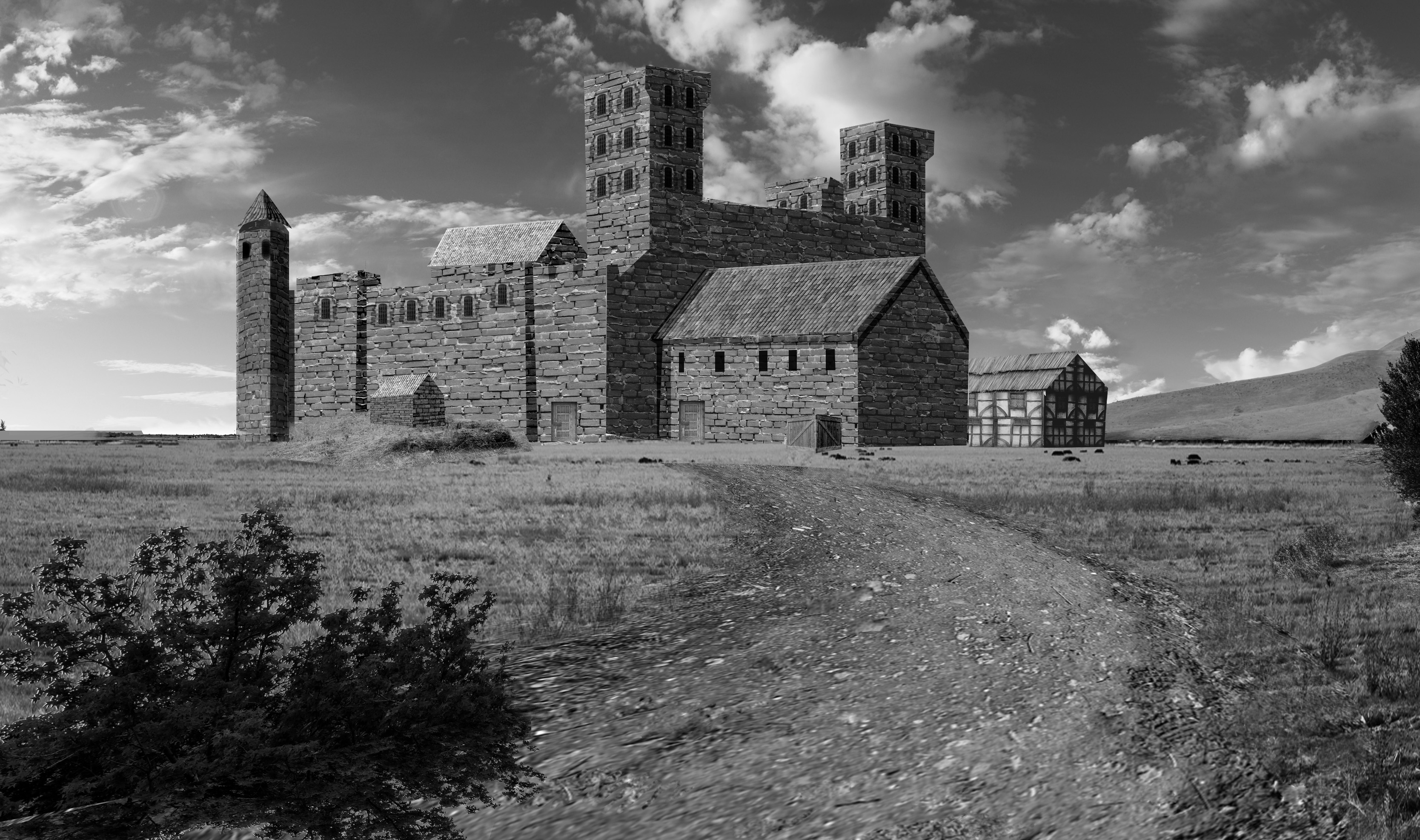 Refining the design, World Building 2 has brought this to full color. There are several ways to get around in Thesis. One of the most common ways is Dino mounts. A Dino is a raptor like creature that are extremely helpful to get around. They go quite a bit faster than an adventurer on foot. While not the fastest mode of transportation in Aura, they are quite reliable and will not let you down. There are domesticated and wild Dino's. 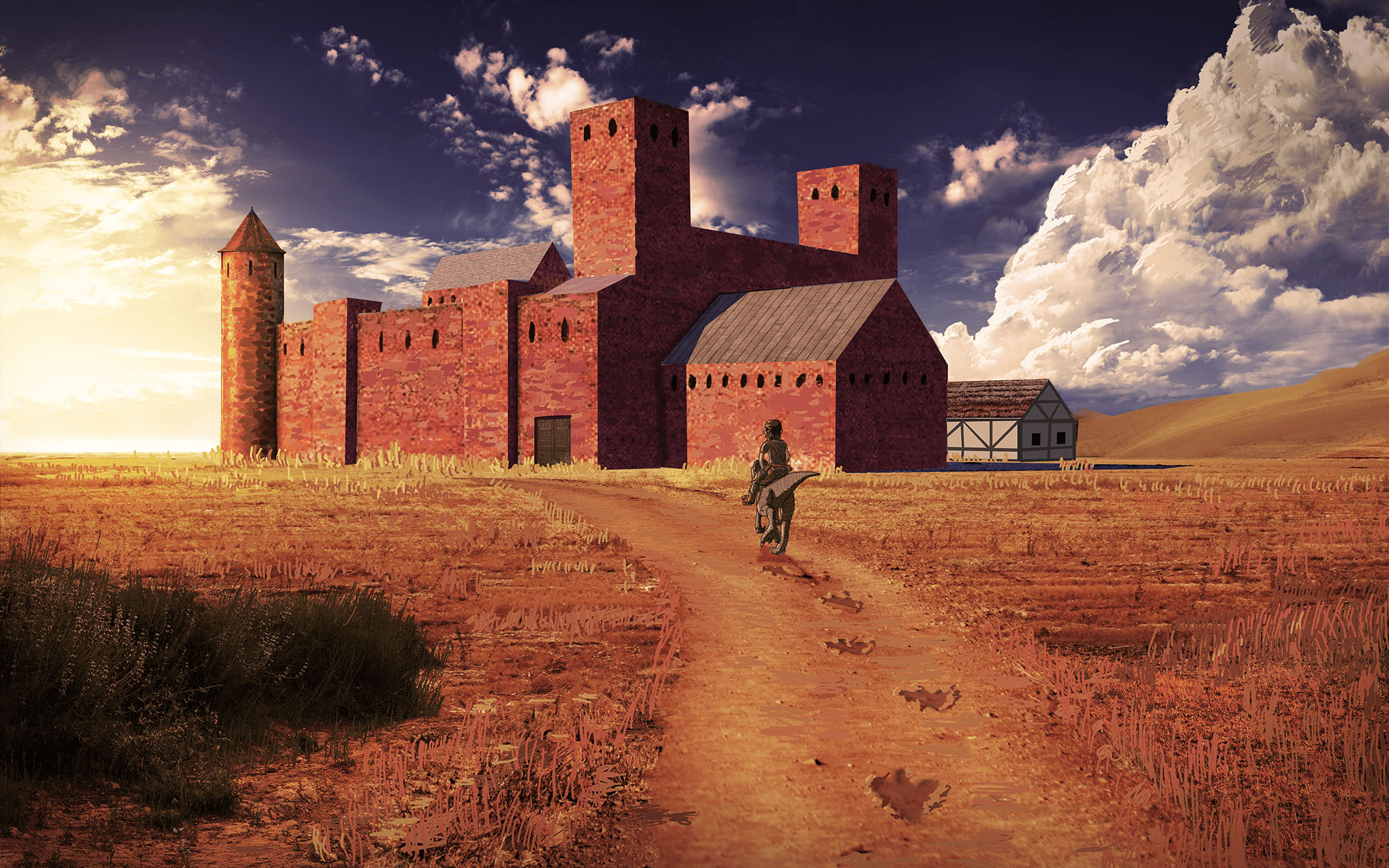 In summary, World Building 2 has been incredible for continuing my concept design skills and to paint the picture of this world. The website is working well with the client and finally sharing the database. The prototype is being tested. The World Building has slowed down the progress over there but it is in a good state and will be the main focus once the class is finished. Support the game on Patreon and get Early Access to get the earliest builds, the concepts, and information about the game that is exclusive to Patreon.