I talk a little bit about the feedback I've gotten, how I've interpreted this feedback and what I did to solve the issues people were having!

Last week I participated in the Feedback Friday on Reddit and I got lots of amazing feedback! I combined that with the feedback I'd received from the other alpha testers and I've started working on some points which should address (most of) the issues people were having.

Let's get right to what I've fixed, what I'll be fixing and why I've fixed it!

First thing I wanted to pop out is that I've been doing a lot of code refactoring. In the process of doing so, I've found a couple of FPS drainers which I've now resolved. This means that there should be a significant performance boost for most people in the game now!

So far, I've heard noone complain about the framerate, even though some people clearly were running it at just 30+ frames per second. Perhaps these people aren't used to 60 fps and therefor cannot perceive the difference, however, I assume that it doesn't have a huge impact, since the game doesn't heavily rely on input from the user (such as in, for example, a first person shooter).

Either way: If I spot anything else that is draining framerate I'll try to optimize it. For now, I'm happy with the result so far.

Another thing I did was "improve" the graphics. I must admit that this is quite a lazy one, because there's no real big new shader involved. I only added colour curves and increased the contrast of the scene slightly.

Even though it's a small and simple one-line(-ish) shader, it does have quite an impact! Here's a comparision (top = old, bottom = new): 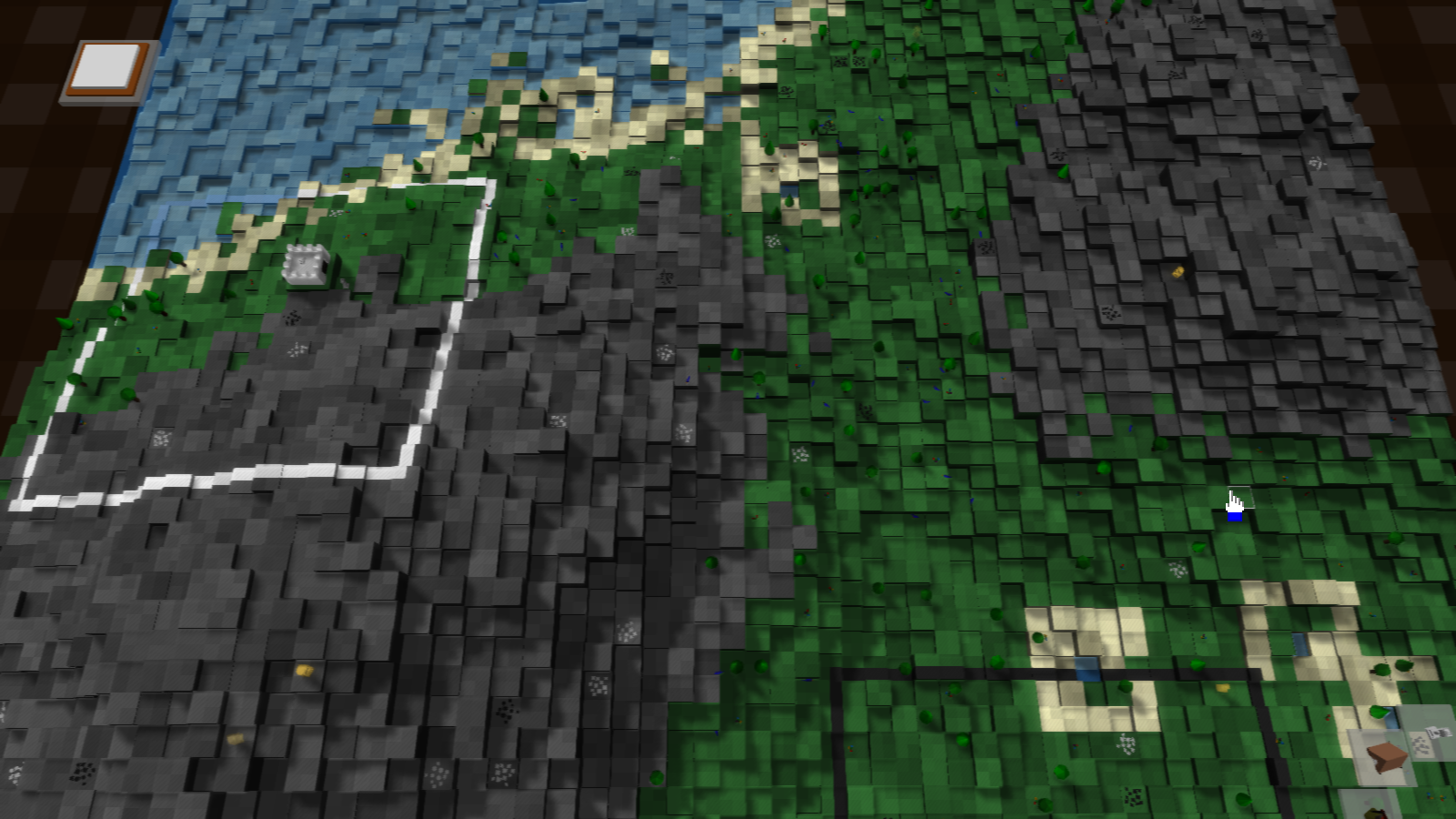 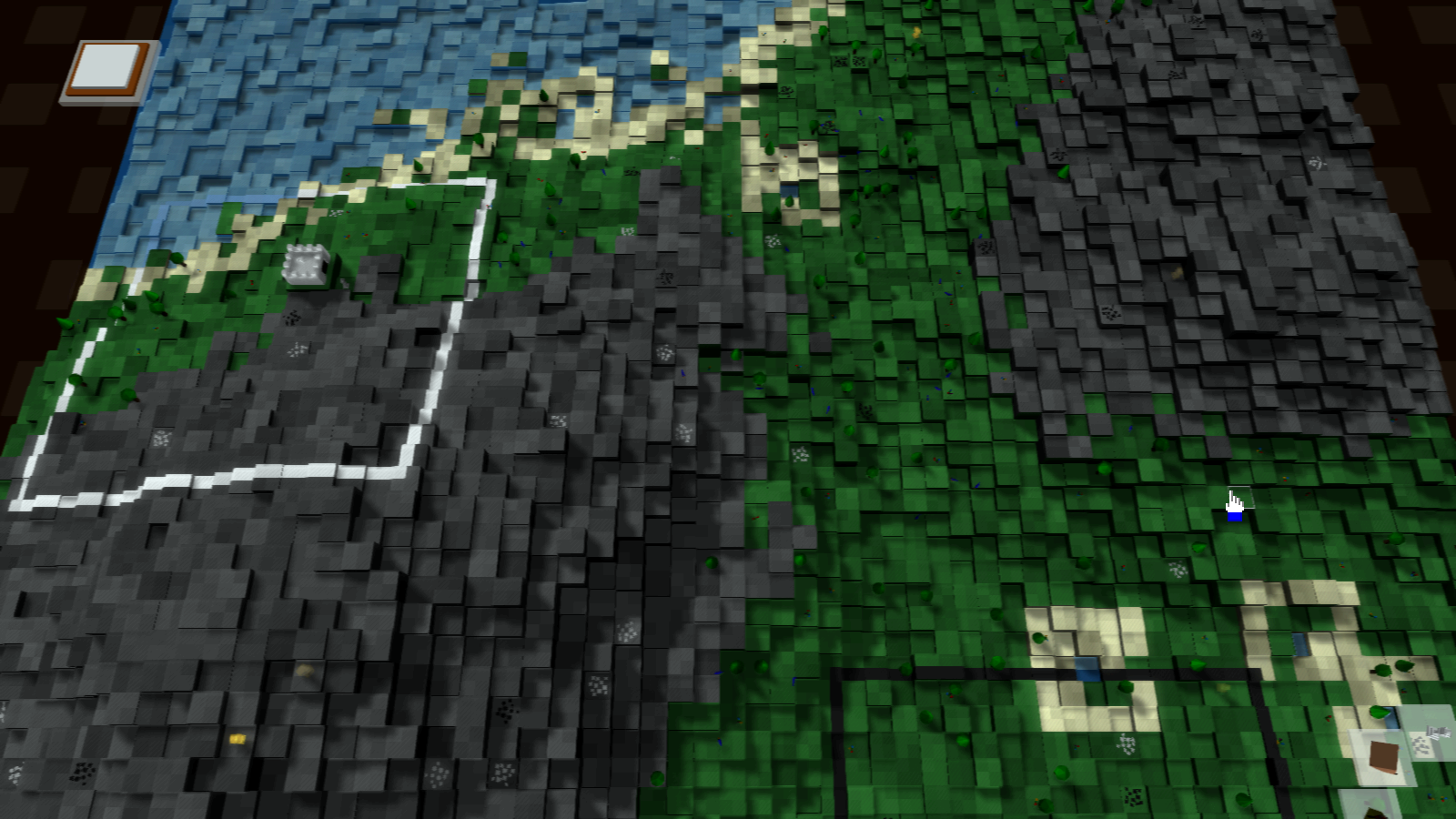 One of the big things I got away from the feedback, is that it wasn't clear at all to the user what everything exactly does. This applied to buildings, pieces, researches and more. I've taken the four most prominent ones and solved them as follows (Complaint & Solution - Not exact quotes):

C: "Pieces seem to be moving at random. Sometimes it takes 2-3 seconds, sometimes 1 and sometimes 5 until they start moving again."

S: The pieces are restricted to a movement timer. This is, because not all pieces should be able to move instantly every time. Therefor, they have a slight delay. However, this delay wasn't communicated properly, causing the pieces to feel like they moved at random.

The solution is to add a visual indicator, like the above, which informs the player how long the piece has to wait until it can move again!

C: "I didn't understand what <building/research> does."

S: Easily solvable! There's now a short description when you place down a building!

I've also added a description to the researches, which should help to understand what each of them does aswell!

The text displays still need a bit of work, but the main issue should now be resolved!

C: "I couldn't distinguish the pieces."

S: This is a two-fold issue. It is in fact hard to distinguish pieces from each other if you're not completely familiar with chess. You can easily blame this on "having to learn the pieces", but I understand that also new players should be able to get into the game without issues.

I've done two things to resolve the issue, but the solution I had for this specifically, was to softly shade the pieces in different colours, like so: 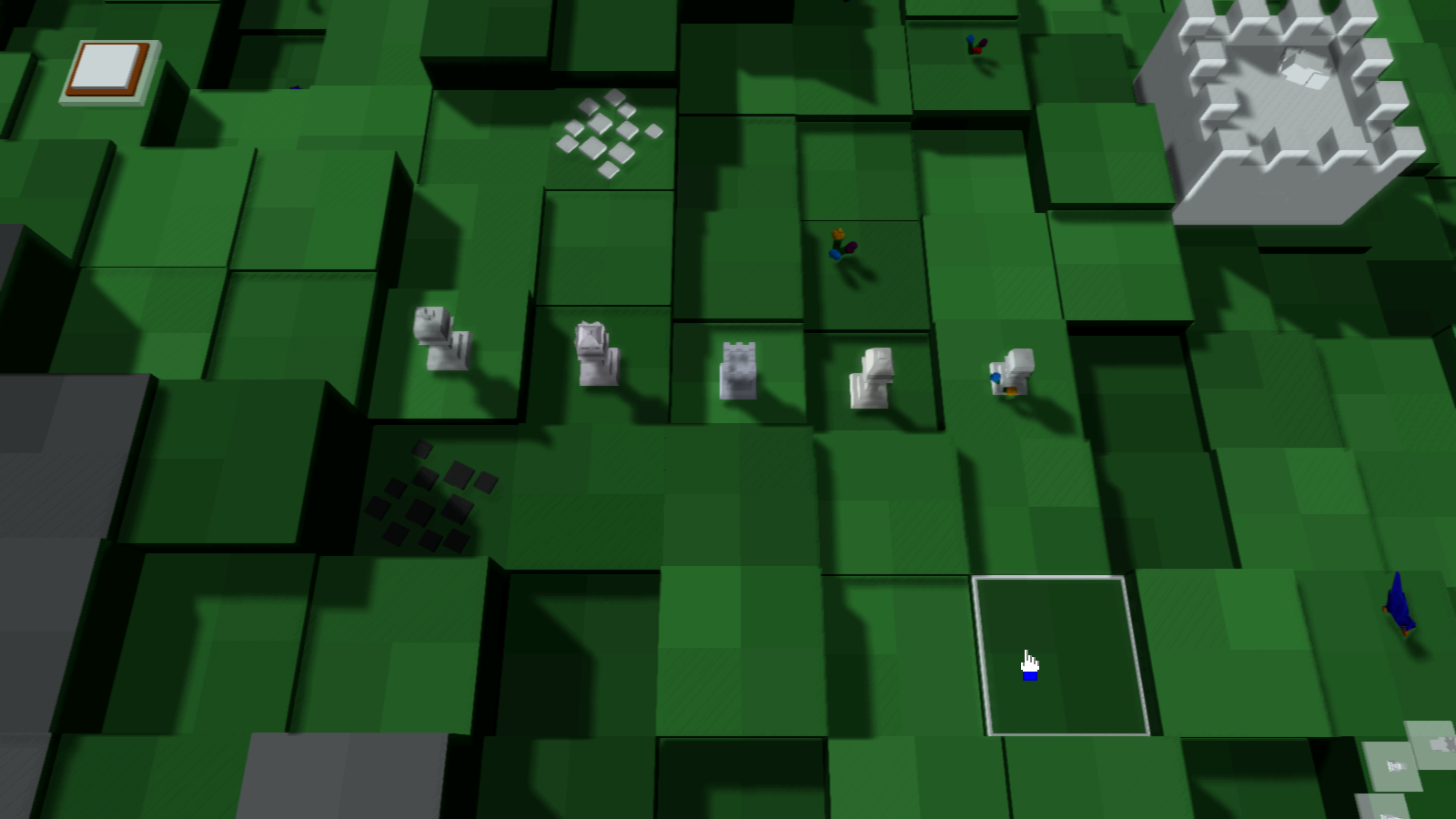 S: Multiple users have given me different kinds of feedback, but they all boiled down to the same issue with this one: Not being able to see what something is by hovering over it. - The issues varied from not understanding what an artifact was, to not knowing what to do with a particular building / piece.

Once again, a rather simple solution, yet something very easy to overlook when creating your game!

This solution also nicely adds onto the previous complaint, as you can now hover over a piece to see what that particular piece is!

There were a couple of other minor bugs which I've resolved, including (but not limited to):

One last issue still remains, namely the fact that some people didn't get what their goal was in the game. This is a thing which I'm currently working on, and it requires a lot of thinking and brainstorming to find a solution to this problem.

I believe I currently am well on my way, but I've decided to take some more time to polish this feature before I give it a "release".

I am working on it, though!

In conclusion, I'd like to say that the feedback so far has been great! I love interacting with people and finding solutions to their specific problems, in order to improve the game overall.

Keep sending me feedback and I'll try my best to turn Checkmate into the best Chess + Civilization hybrid possible!