Giant dreadnought, faction planets, ability to name a ship and get some other rewards for progression - this week is filled with epic things and we are here to show and tell you about! 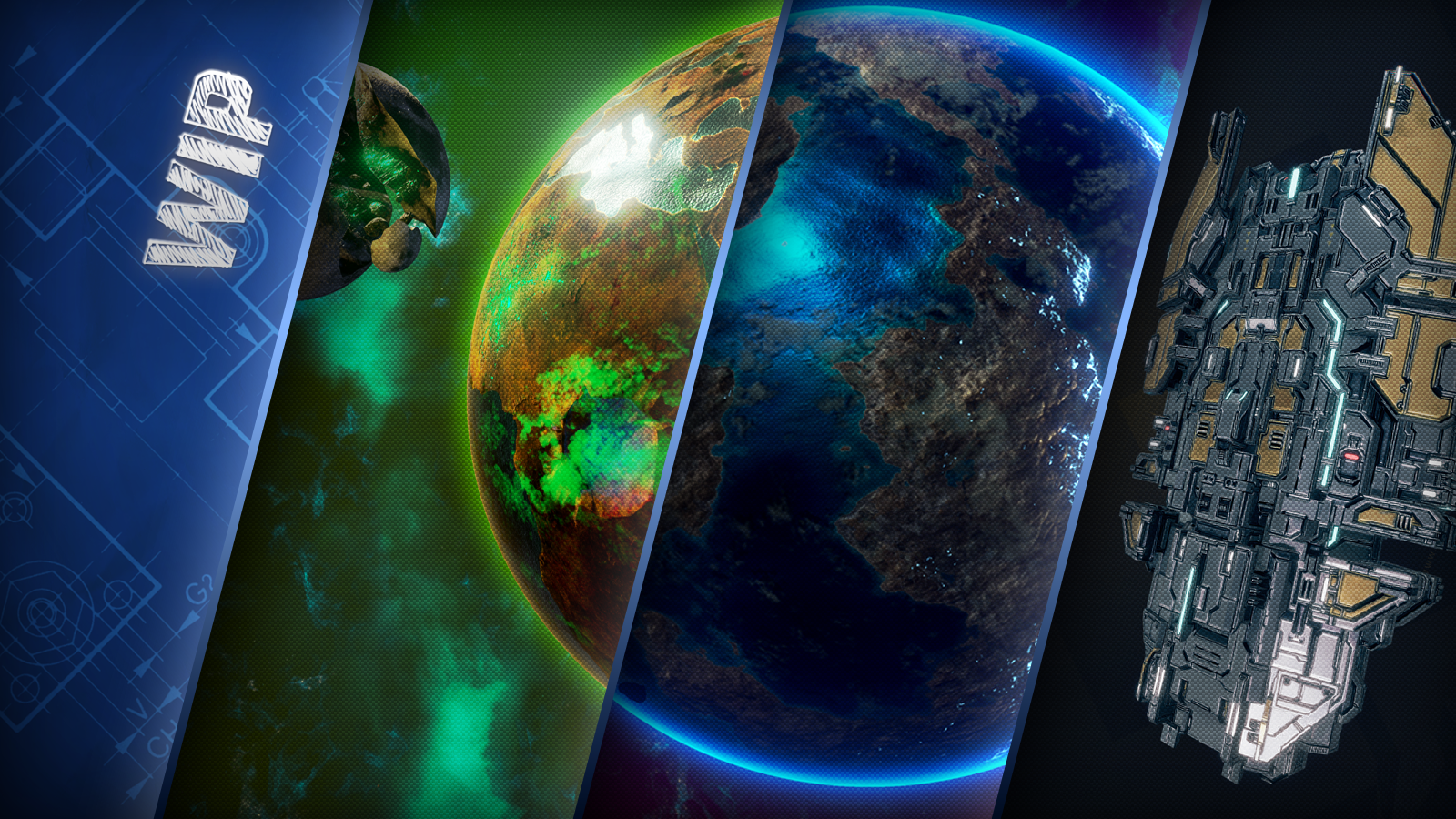 Giant dreadnought, faction planets, ability to name a ship and get some other rewards for progression - this week is filled with epic things and we are here to show and tell you about!

Pilgrim dreadnought is getting a new version and will no longer be available as a standard Eclipse dreadnought, but you will be able to meet it in the game as a neutral/pirate ship. Instead, Eclipse faction gets a giant brutal ship - Nomad!

Here are a couple of work in progress shots: 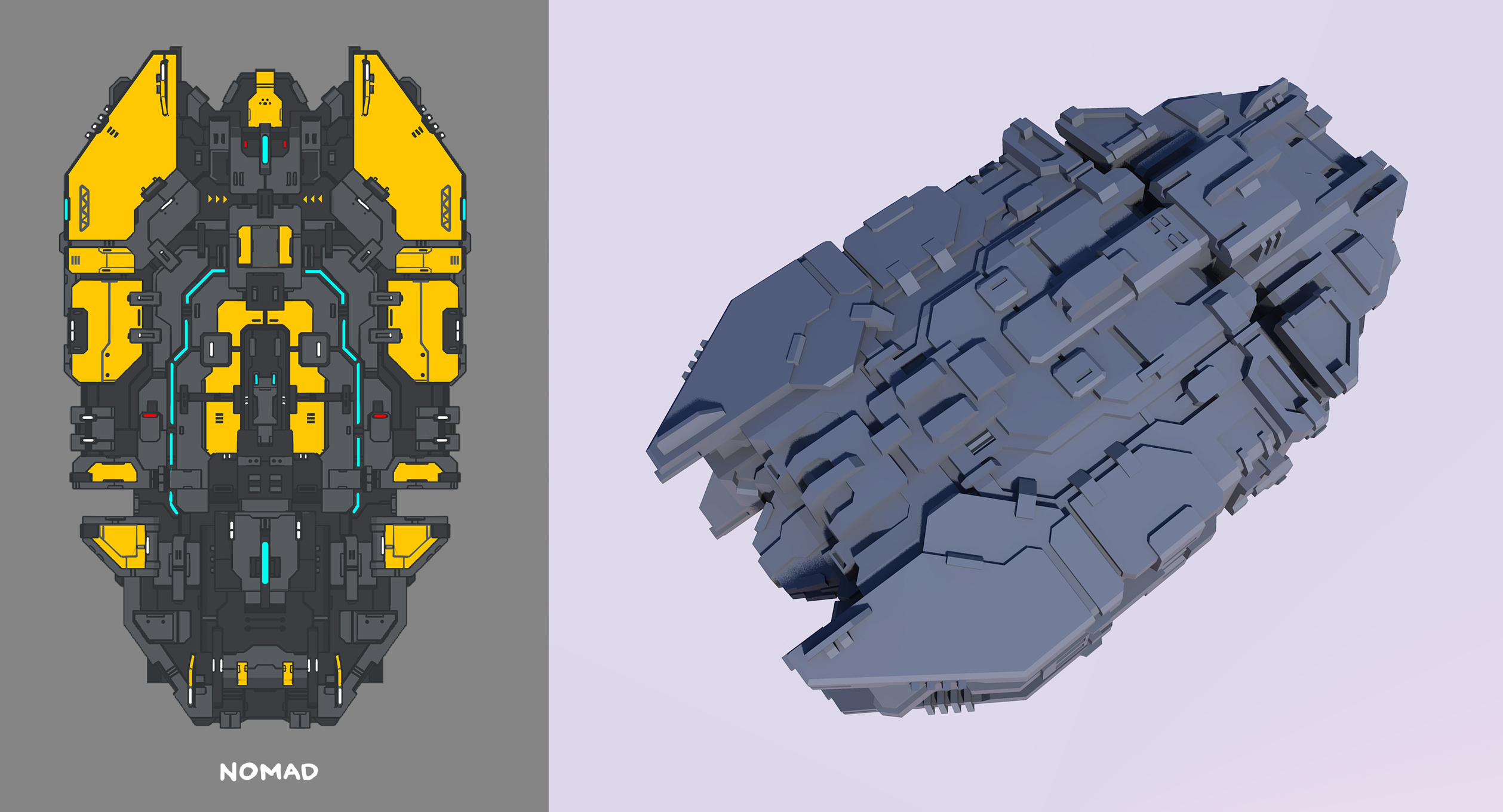 Deprived, Vanguard and Eclipse factions - all of them have their homelands. And if you are curious enough, you could notice planet concepts while reading faction descriptions on our website. Earth, Ancora and Odysseus - they are so different, but each is a home for billions of humans. And here are two of them in all their evil beauty:

Earth, home for the Deprived, and a shameful past for the rest of humanity. That's what can happen to a single planet if you don't take care of it - ruins, radioactive wasteland, unbreathable air. But even abandoned by everybody, destined to die, smaller groups of people who were left there managed to survive and overcome it all. This disastrous world changed their appearance and lifestyle drastically, while the Black Blizzard only made some finishing touches.

Ancora became a new home for those who achieved moving from Earth. This planet was the nearest one, suitable for terraforming and, obviously, was set as a place where people hoped to start a new life for all of the humanity. While not everybody agreed with the will of Vanguard to establish a Far Left regime, there were not so many problems until Eclipse Inc. eventually separated from them.

Each fleet you have has a progression, which rewards you with new modules, IGC and blueprints. But if you saw the list of upcoming content, we also wanted to create progression for individual ships. And we will - today you will be able to read some basic information about ship progression concept we are following.

First of all, you should know, that each ship, and even each copy of that ship, regarless of the modules you insert into it, will have a separate progression. And it's obvious, that for leveling up you will need to get a certain amount of XP, received for different actions on the battlefield: capturing points, dealing damage, taking damage, etc.

For unloсking new levels you will receive the following rewards:

This all can be subject to change, but don't worry - we always try to do it all in the best and the most interesting way, and will welcome your feedback when you try it in Starfall Tactics ;)

A quick question if I may, though I don't mean to sound rude or a critic, but I couldn't help but notice that over the past few months now that all your spaceships being showcased appear to be symmetrical, will this apply to all spaceships in game or is there some variety in them?

There is a variety - most Deprived ships are not so symmetrical.
But you should know, that since we are a small independent studio, symmetry helps us creating some good stuff without spending too much time for it :)