We continue talking about Faction Wars features and the next topic is reputation system! There are also three new weapons we haven't told you about yet and lesser, but a very important improvement for one of game aspects. 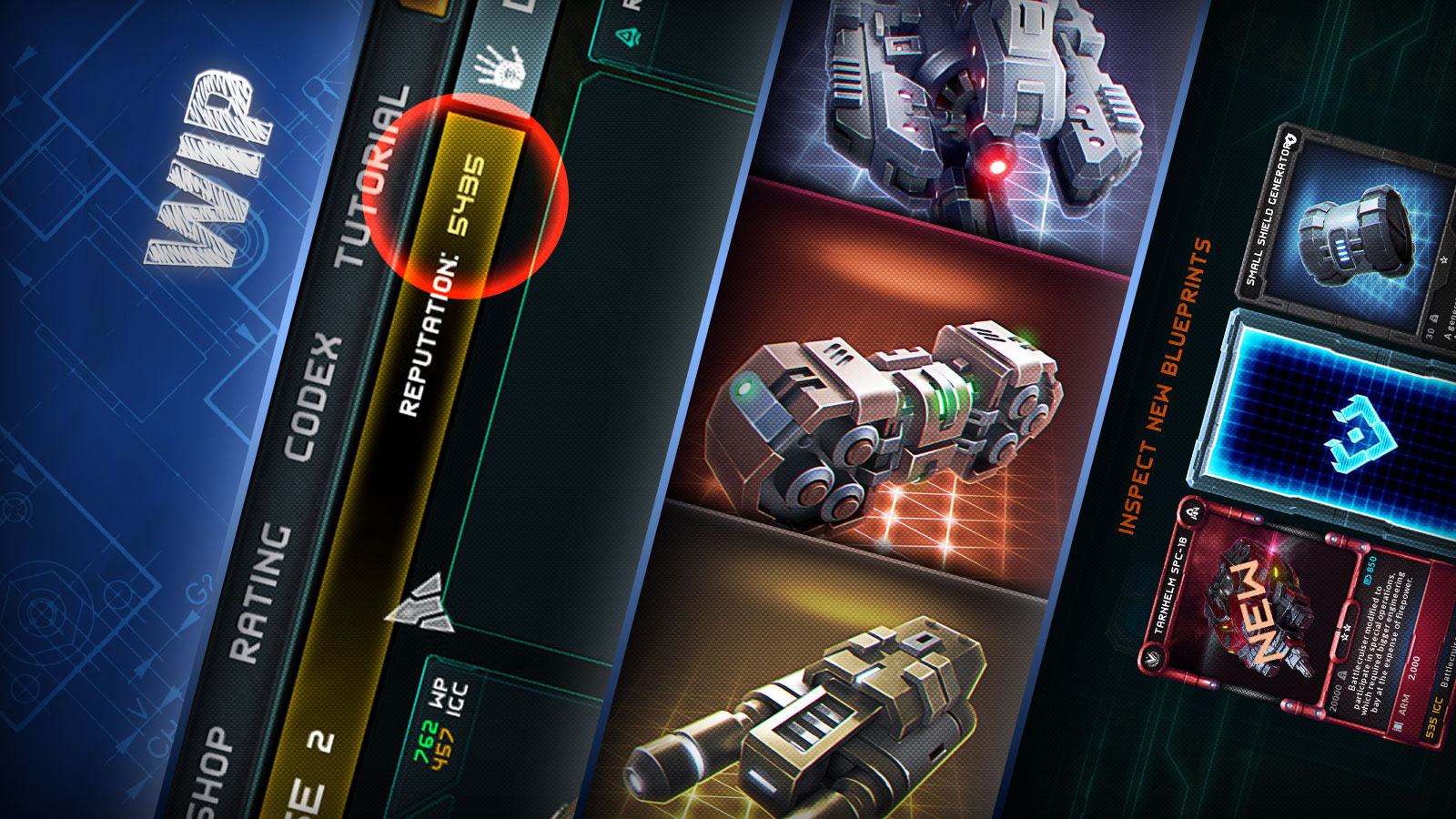 Hey, Commanders! We continue talking about Faction Wars features and the next topic is reputation system. There are also three new weapons we haven't told you about yet and lesser, but a very important improvement for one of game aspects.

Since there are Factions and Faction Wars, it's essential to have a reputation system - a way to reach highest ranks among chosen faction. This is not only for showing off, but also a great ability to get useful stuff for conquering the Galaxy, and today we'd love to share some general information about reputation with you.

There are several ways to get reputation:

Of course, you can loose reputation by performing negative actions to your faction, e.g. attacking fleets of your faction. 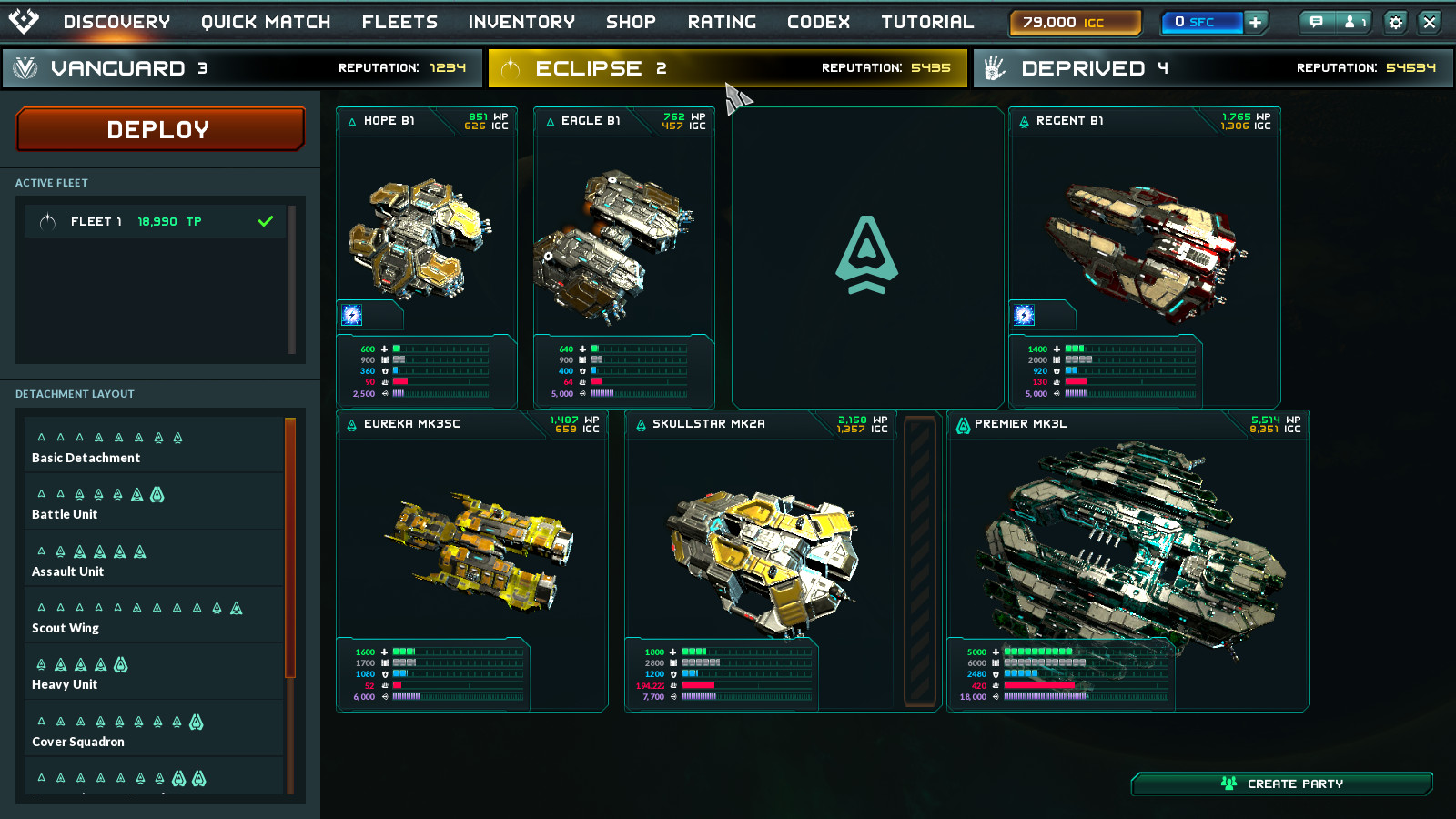 Besides, there is an ability to spend reputation as a currency on different actions requiring it as payment - like purchasing colonization items or building and upgrading structures - and this won't negatively affect your rank. Besides, each rank gives you special abilities or rewards:

For leveling up to certain ranks (rank map with rewards, levels and rank names will be shown later) you need to complete special quests, created to check your skills and guarantee that you are strong enough to fight for the chosen faction. In addition to all the things already listed, reputation system has a great influence on another important aspect of the game, you will be definitely happy to hear about. What's that? Read about it in the next articles ;)

There are even more weapons we'd love to add to the game - while most of them we leave as good ideas for the future and prefer paying more attention to new important mechanics, some weapons still have to be done to fill in the gaps and give more tactical abilities to certain ships. So, here are three new weapons: 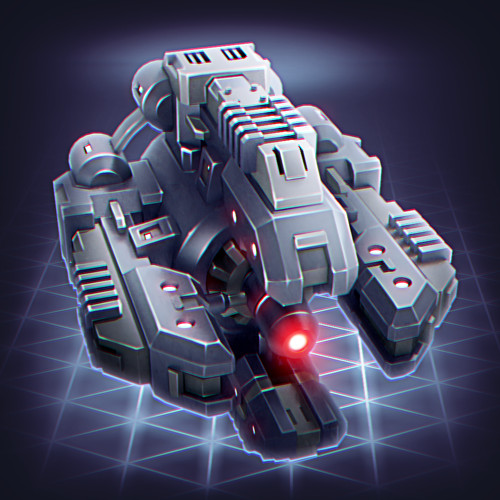 Massive heavy laser totally deserving it's name for ability to deal a lot of damage at once. It has a very long cooldown (about 60 seconds at the moment), and has to spend time to charge before shooting ( ~20 seconds). It's size - 3x3 - also requires a huge weapon bay you can rarely find. At the same time, it has a middle range - you have to be close enough to your enemy which makes ships with this module spend some space for escape modules. 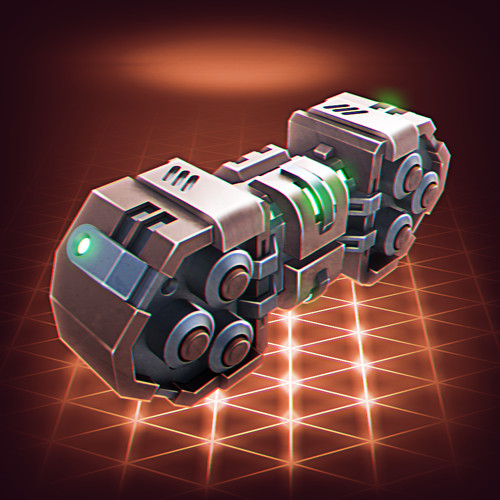 Light energy missile launcher, firing several rockets at once. Since there are only a few energy missiles, it will serve as a good addition to your energy-based fleet. Has a 3х1 size, which is not the most convenient, but still can fit into most ships with missile slots. 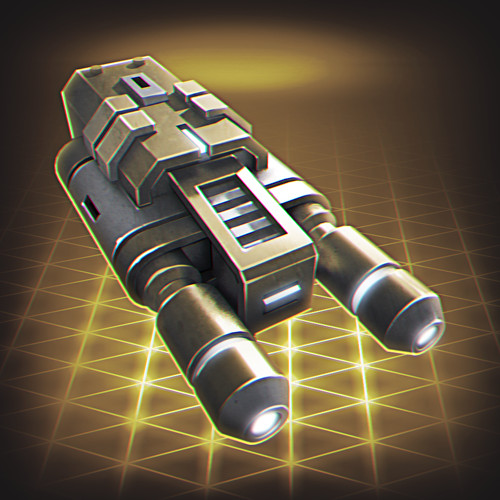 This one is a usual cannon, which requires ammo and deals damage directly to the armor. Heavy Cannon is a good choice for ships having a one square wide bay - it has a 1х2 size, and was implemented generally due to the need for a cannon of such a size.

And here is some bonus information, long awaited by most Commanders who participated in pre-alpha tests and remember a very irritating problem: extra blueprint copies you receive from boosters. Previously, that just meant you wasted a certain amount of money - no compensation, no bonuses, literally - no use for extra copy. 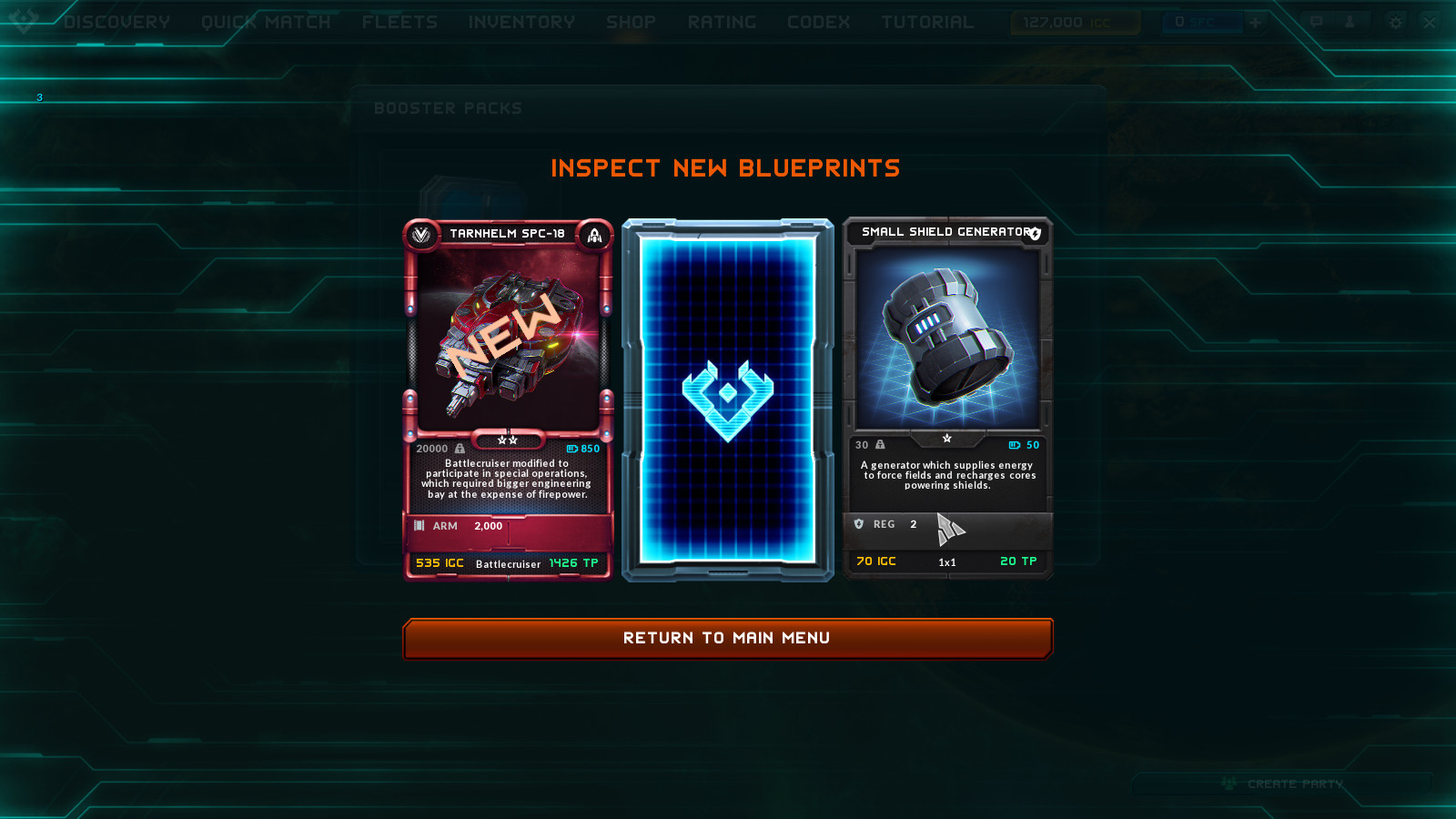 Now all blueprint copies you received will be stored to inventory, and when you enter Discovery mode, you will be able to take them from a Mothership to your fleet cargo. After that, you can visit the closest Black Market to sell them for some IGC. There is also a great reason to do an ambush near Black Markets: just imagine robbing someone for a bunch of precious blueprints! So, if you want to reach the Black Market successfully without being killed, it's a good idea to make a small raid with other Commanders or have someone to scout your way for you.

Stay tuned to get the next exciting part about upcoming features - we have a good surprise for you ;)