Check out all the anime coming up this Winter and Spring! 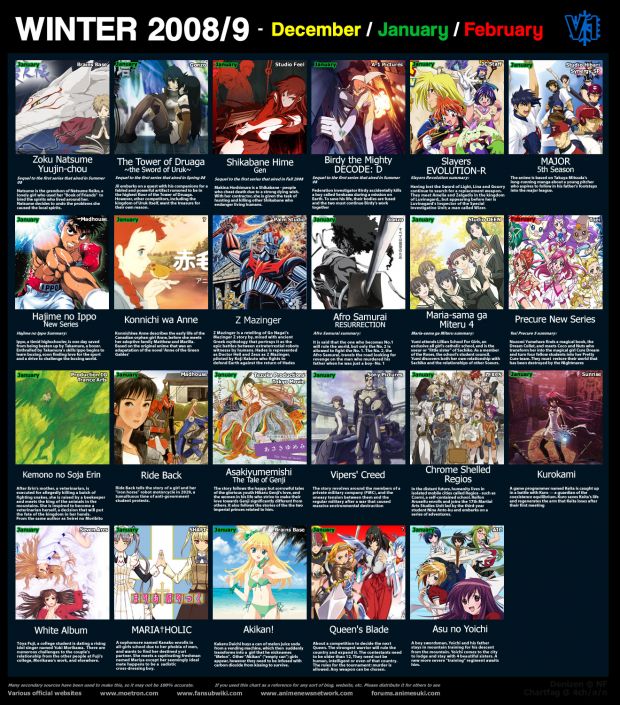 A new season, a new line-up of great anime to look forward to, including the official premiere of the new season of Slayers, the second season of Hajime no Ippo, and more!

The ones I am most looking forward to is KuroKami The Animation (the anime adaptation of the great, great Black God manga), Queen's Blade, Higurashi no Naku Koro ni Rei, and definitely Fullmetal Alchemist 2. Chrome Shelled Regios also sounds pretty appealing, especially due to the fact that ZEXCS, one of the production companies behind MY HiMe, is working on it. There's also rumors of the third season of Black Lagoon premiering next year. How badass is that?

Which ones are you guys looking forward to?

Maybe Rideback or Viper's Creed. The others all seem to follow the "in the future blahblahs have invaded earth and our boy/girl of destiny will have to use magic artifact X to defeat them!"

Magic girl; "Don't give up hope! Do your best!"

Fully LOL at Akikan! Def gets my WTF award! In fact, it's so weird I'd like to see what it's all about!