We just need some steps to be part of Apple Family! Until then... borrow the Android or the WP from your friend and download the game here at our website!

Phoenix Force was developed by the Brazilian game studio Awoker Games that received a 20 000 euros funding from AppCampus, a €21 million joint project of Aalto University and Microsoft.Released on March 10, 2014 exclusively for Windows Phone, Phoenixes Force had over 400 000 downloads and very positive reviews with an average star rating of 4.80 out of 5.
Now it’s being ported and expanded for PC, with a FREE Copy for the first 100 levels that anyone can get. 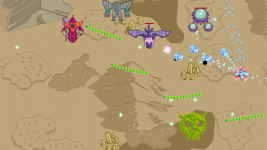 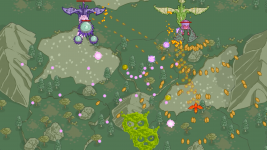 The next plans for Phoenix Force include releasing for iOS; extending the number of levels from 100 to 200, including 3 new Phoenixes and Multiplayer!