To celebrate the launch of O3DX, Egamea has teamed up with Nintendo, Microsoft, Steam and Lazygamer to host a massive five hamper giveaway!

To celebrate the launch of O3DX, Egamea has teamed up with Nintendo, Microsoft, Steam and Lazygamer to host a massive five hamper giveaway!! 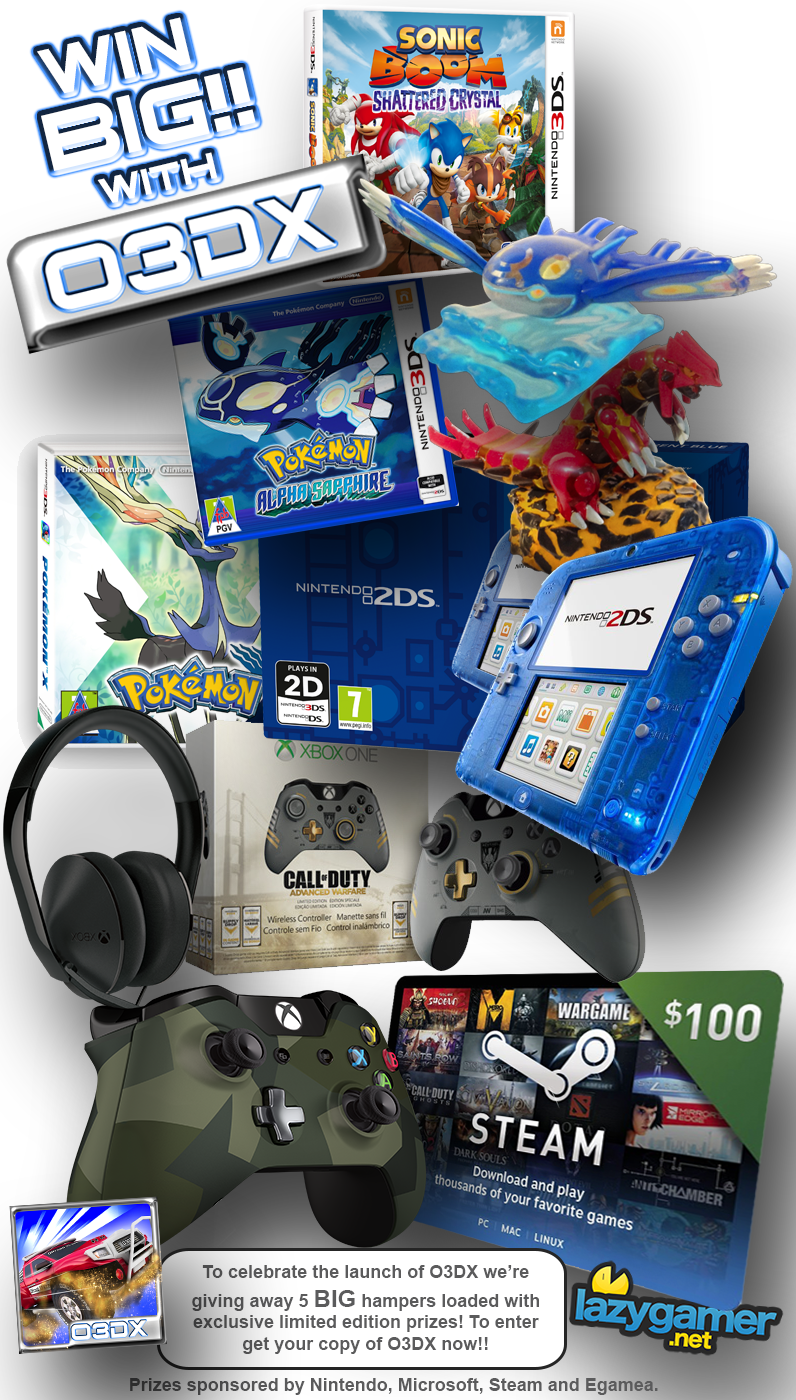 So what’s up for grabs? Well the first place hamper is all about Nintendo, and includes a Transparent 2DS, the fantastic Pokémon X, as well as Sonic Boom: Shattered Crystal and Pokémon Alpha Sapphire game. Figurines from Pokémon Omega Ruby and Alpha Sapphire are also thrown in for good measure. 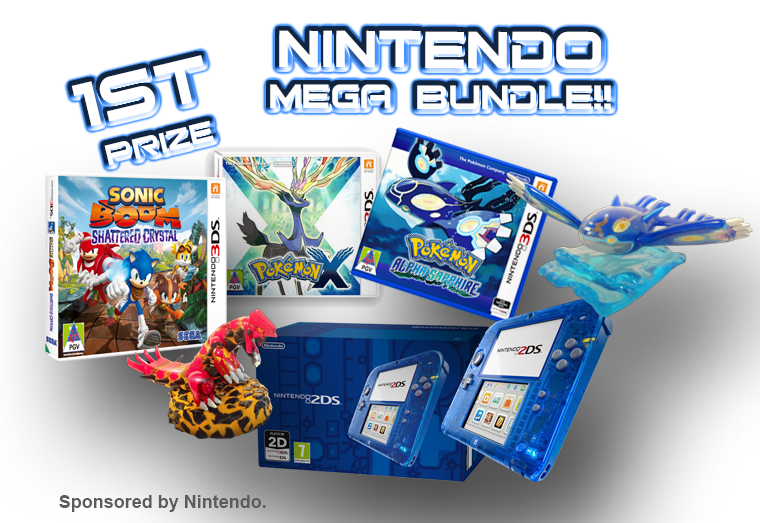 Prevail with the Xbox One Limited Edition Call of Duty: Advanced Warfare Wireless Controller, featuring a custom design inspired by Sentinel Task Force iconography.
Own the battlefield with the Xbox One Special Edition Camouflage Wireless Controller, featuring a modern camouflage pattern and military look. Impulse Triggers deliver fingertip vibration feedback, so you can feel every jolt and crash in high definition.* With redesigned thumbsticks and D-pad enhancements for greater precision and comfort, it’s simply the best controller Xbox has ever made.
Immerse yourself in rich stereo sound with the Xbox One Stereo Headset. Easily adjust audio levels without taking your hands off the controller. You can even control the balance of game sounds and chat audio to focus on what you want to hear.

Our gift to the lucky winner is a generous $100 to spend as you please. Also don't forget to vote on the O3DX Steam Greenlight Campaign and help us bring O3DX to steam! 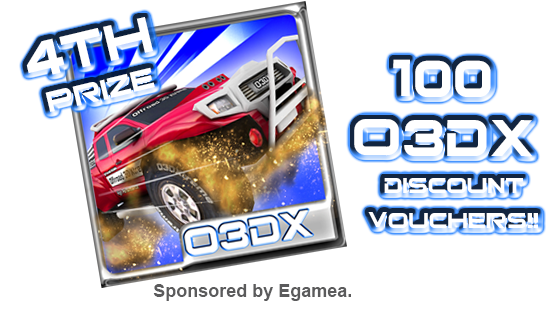 The first 100 entries will receive O3DX at a MASSIVE 50% discount! The regular prize is $20. The link to claim the discount is here.
Please enter the discount code: GimmeLazyO3DX. 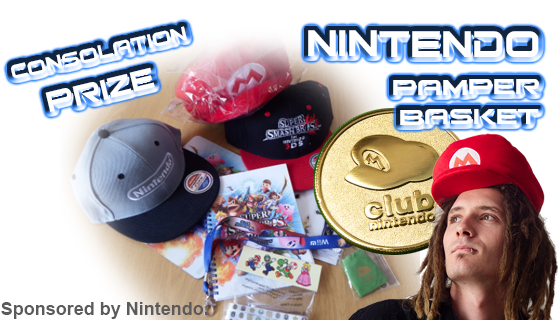 To enter the competition, follow the instructions on Lazygamer here: Lazygamer.net