Working 80+ hour weeks as an indie dev, I often had to choose between my wife and my work. This is the story of how our relationship and our game became even better by working together. 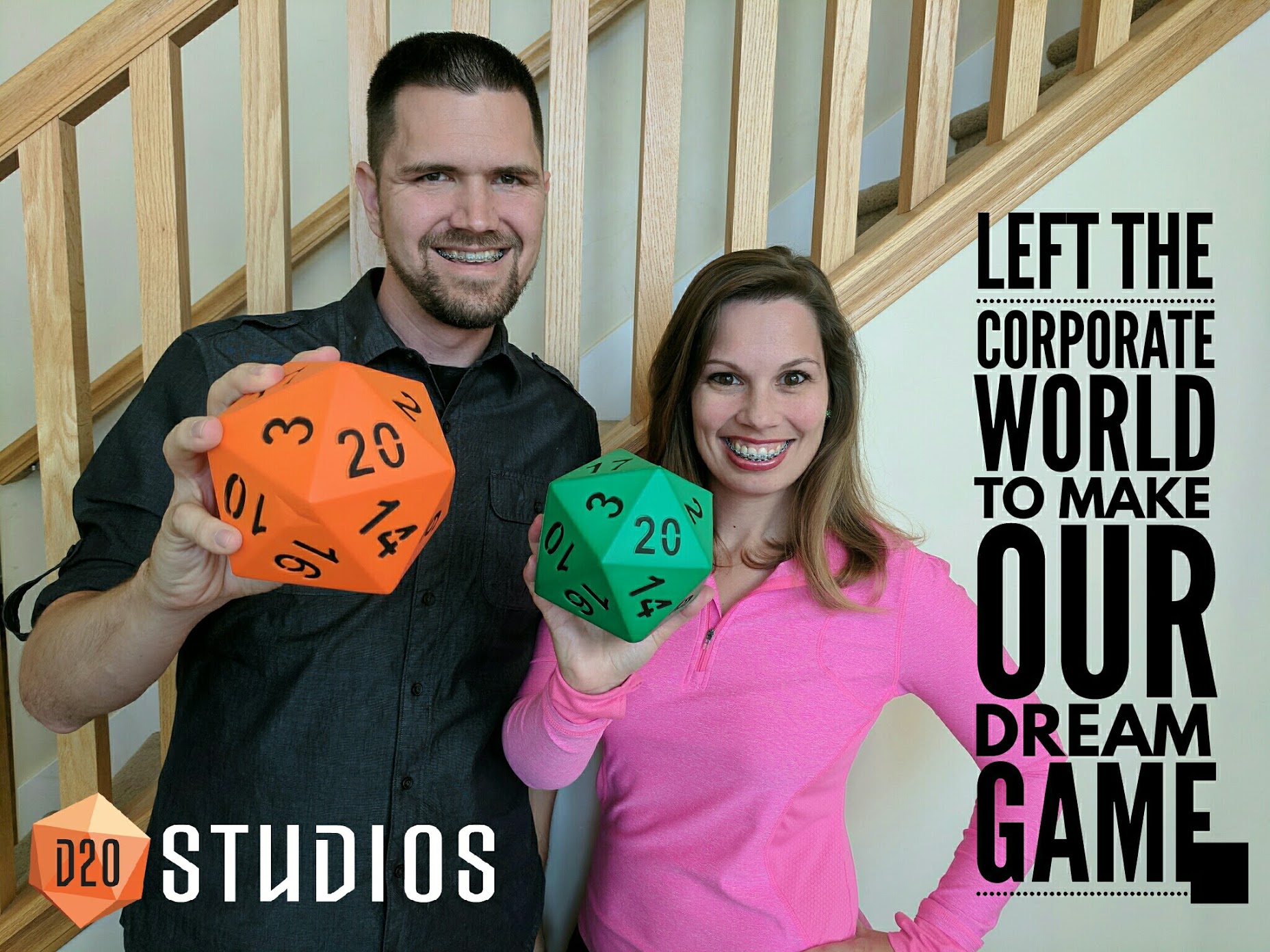 Kelly and I are a husband and wife game dev duo, working full time with our team of contractors
to create a cross-platform indie game called Summoners Fate.

Working fulltime as an indie dev prior to game launch, I’ve learned that 80+ hour work weeks aren’t an exception, they’re the norm. Time commitment like this means a lot of sacrifice and time apart from the ones I care about most, and that includes my wife. I’ve discussed this problem with many fellow developers, and it’s a pain well known and shared: working on games excessively kills relationships. Others have sympathized, and several even suggested I count my blessings that I’m still married. It’s a very scary thought that the work I do to have the life I want to have with my family might very well be the quickest path towards losing what matters most. I’m here to share an amazing solution I’ve found that (so far) appears to work: I hired my wife!

My wife, Kelly, is an amazing and very talented woman. She plays games with me and enjoys them - but she’s not a hard-core gamer and probably wouldn’t have played most of the games she’s played if she wasn’t with me. Prior to working together, my work as a game developer was an elusive mystery to her. When she asked “How was your day, honey?” my tales of tackling the algorithm for Veroni diagrams or reducing my draw call count to 1 weren’t the most entertaining dinner talk. One day, that changed when she asked “Is there anything I can do to help you?”

How Kelly "Got Hired"

Kelly doesn’t know how to program and she claims she doesn’t understand enough about game mechanics to design (I will refute this later) but she has a background in sales and recruiting: skills that naturally lend themselves to an underserved discipline in indie game development: marketing. She started coming to work with me. At the time, I had a small team of part time contractors, including an experienced game marketing manager who helped onboard Kelly to the do’s and don’ts of social media. When that contract ended, Kelly stepped up to take on our marketing operations full-time (a bona fide 80 hour indie work week). 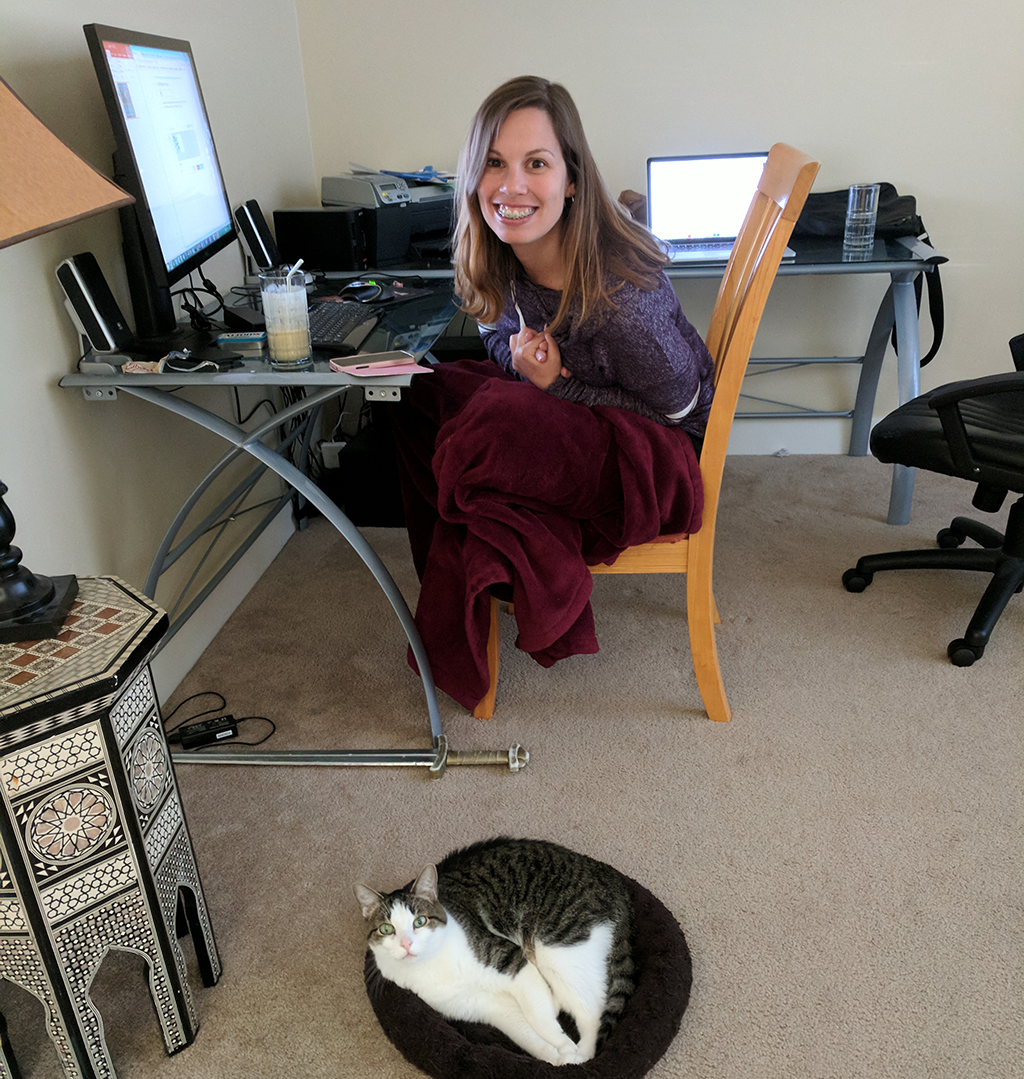 Kelly and her associate beginning the work day.

We start each day with a private outing on the porch at sunrise and have coffee together before taking our kids to school. Then, we’re at the desks together for 10-12 hours, taking a break during the day sometimes to go for a walk. By working together, we naturally spend time together. We get to see a unique side of each other that we never saw before. We understand each other in ways we hadn’t before. And I learned about Kelly’s unexpected hidden talents for making games.

It turns out working with my wife is awesome!

While Kelly considers herself left-brained and logical, she’s actually super creative. To put it in perspective, she’s been building an audience for our upcoming game for the past year and we’re still about 9 months out from launch. That’s a long time to get people interested and keep them engaged with no game yet to play. How is she doing it?

Consistent, daily engagements - across over 20 different communication channels. And each day, she comes up with something entirely unique with whatever content (new or old) that we have available. Here are a couple examples of her self-created “Comic Corner” featured on social media as well as our bi-monthly newsletter: 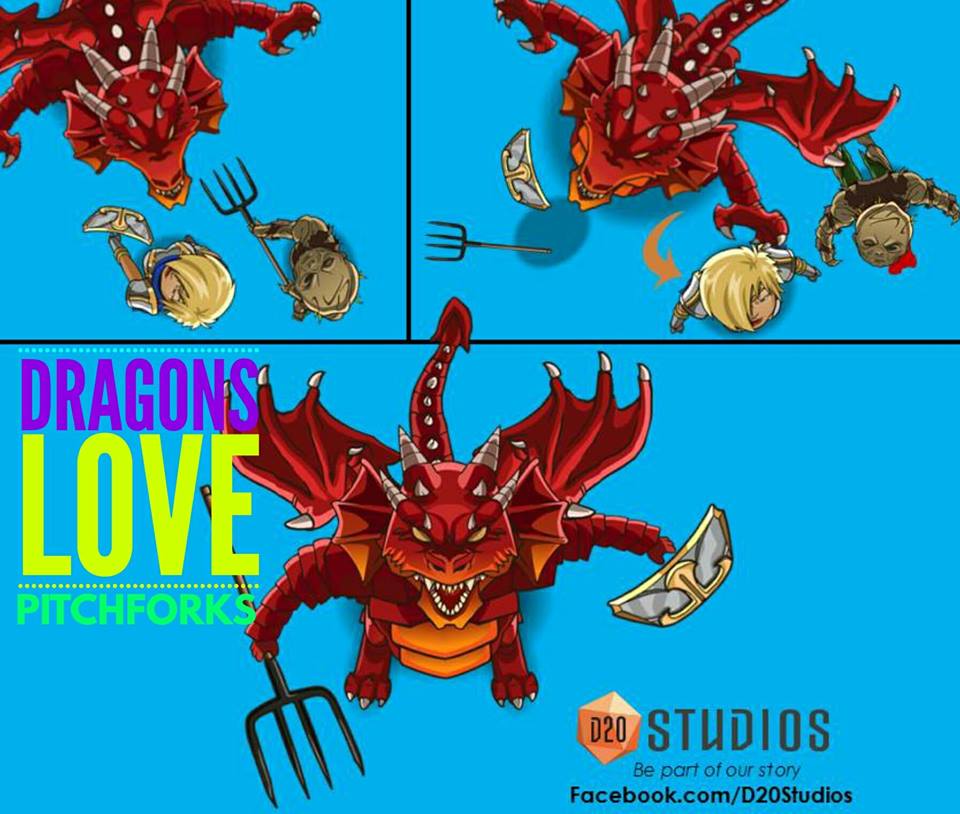 Kelly has a strange sense of gaming humor... 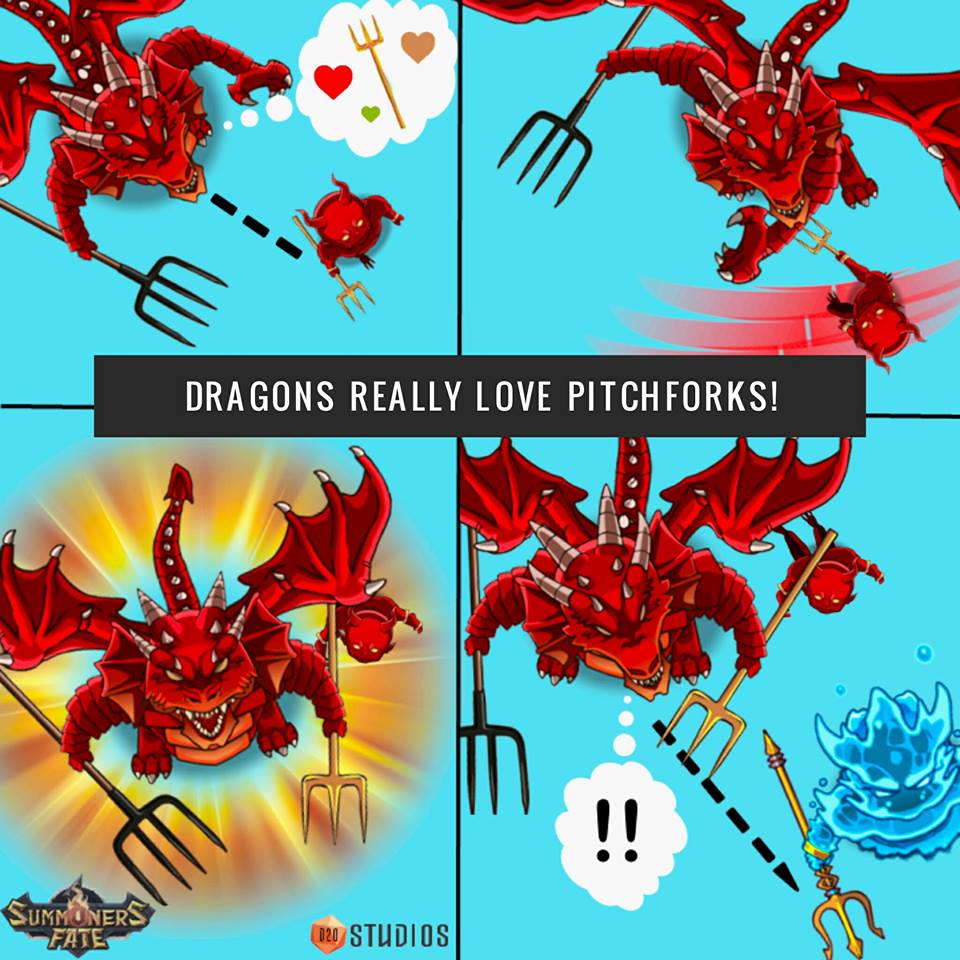 But she owns it and our fans love it!

She works, literally, 24/7, constantly checking her phone and computer for updates and new marketing opportunities. No person in our community is ever left unanswered. She listens and replies to our audience with a response time unheard of in the industry, pulling me into conversations when needed to answer the questions she can’t. And she gets to see, everyday, the work and passion I put into bringing the game to life as the developer. How can we not help but fall more in love after experiencing something intense together? 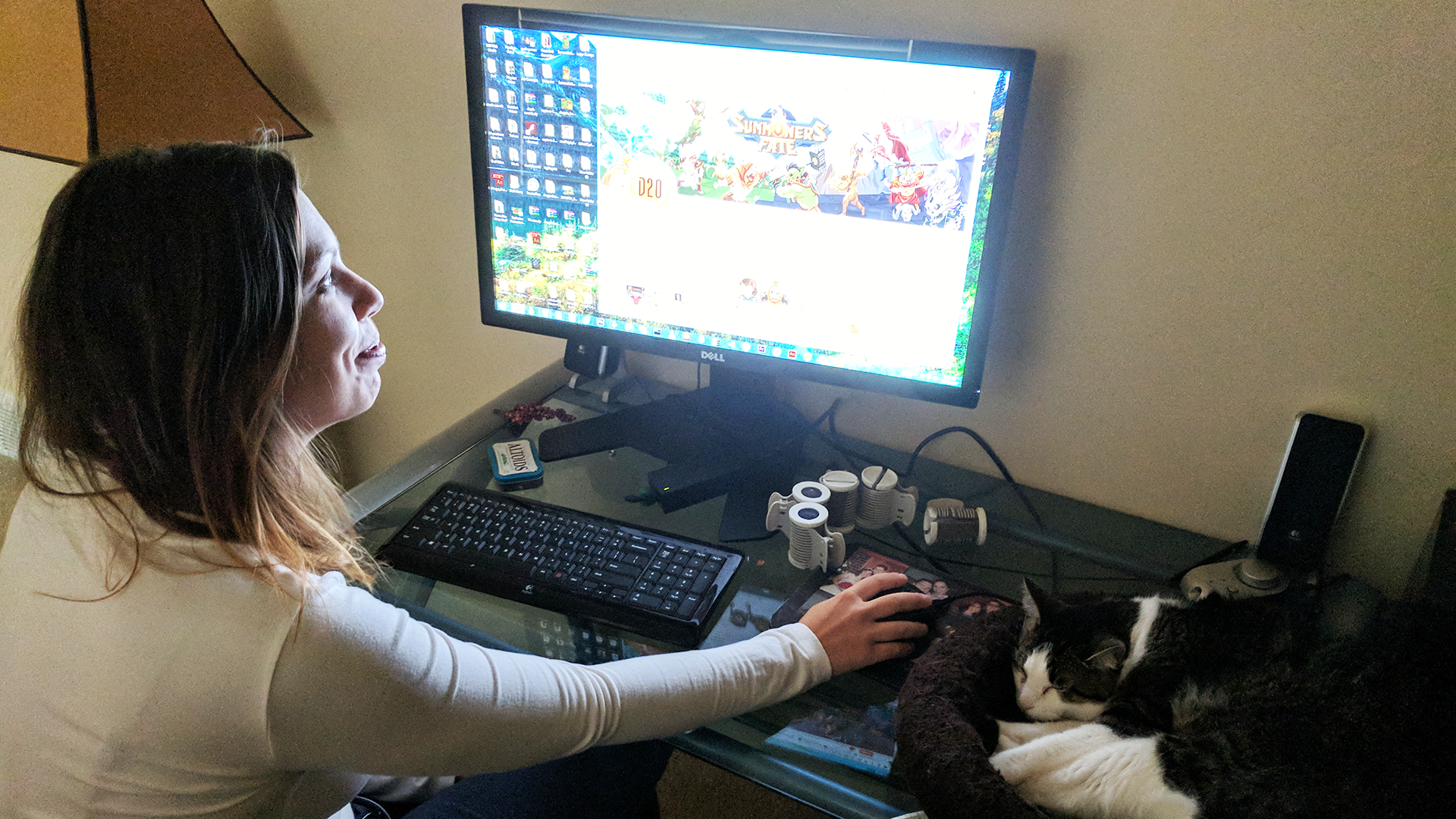 Kelly at work. Our cat, Spartacus, is ALWAYS at her side.

As anyone who’s worked in the game industry will tell you: the more you work making games, the more your skills cross pollinate. Kelly’s main job is marketing, but she’s branched out into the creative and game design as well. It started when I was showing her my art concepts board (a collection of images/collages I would gather from the internet to help direct our remote art team). We came to a section on humanoid rat people (pretty much a staple in any fantasy genre) and she turns to me and say “I like the idea of these rat people...but...do they have to be so filthy and evil? I mean...aren’t people kind of tired of sewer rats? It’s not really that new or exciting.”

It was this simple question that spawned what I consider to be the most original mutant concept since “Teenage Mutant Ninja Turtles”... Kelly’s “Celestial Steampunk Timekeeper Rats”. Kelly described representing the rat as a good-aligned character and combining them with a highly sophisticated steampunk look: top hats, monocles, and clockwork/gear driven weapons. What else makes them different? They are aligned to Celestial magic and the spiritual order. And they have the power to control time. 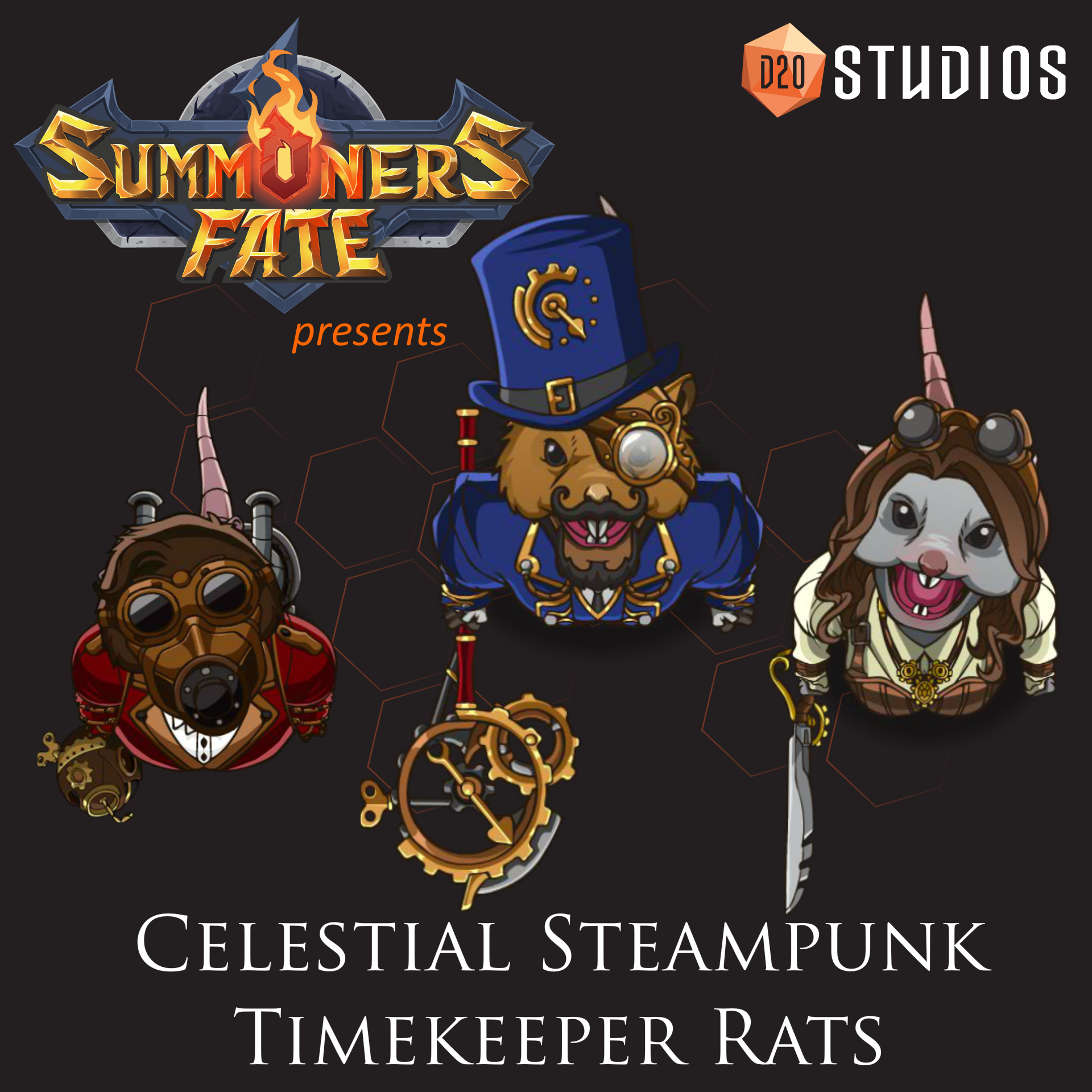 Kelly was very particular about the look and spent a lot of time gathering various concepts to inform our art team so that these would read as unique, original characters. As Kelly would say, "These aren't your typical dirty sewer rats, but prim and proper rats with sophisticated tastes and culture. They can control time, after all."

In case you’re wondering how the time control mechanics will work,
here’s a sample of ideas we have come up with so far.

Many developers have told me the hardest part about being an indie is the time spent away from your wife. The long separation can naturally lead to jealousy and hate of the game project you are working on (justifiably so). By bringing my wife onto our team, not only have we spent more time together than ever, but she’s become just as invested and passionate about the game as me. Just look at this next photo! 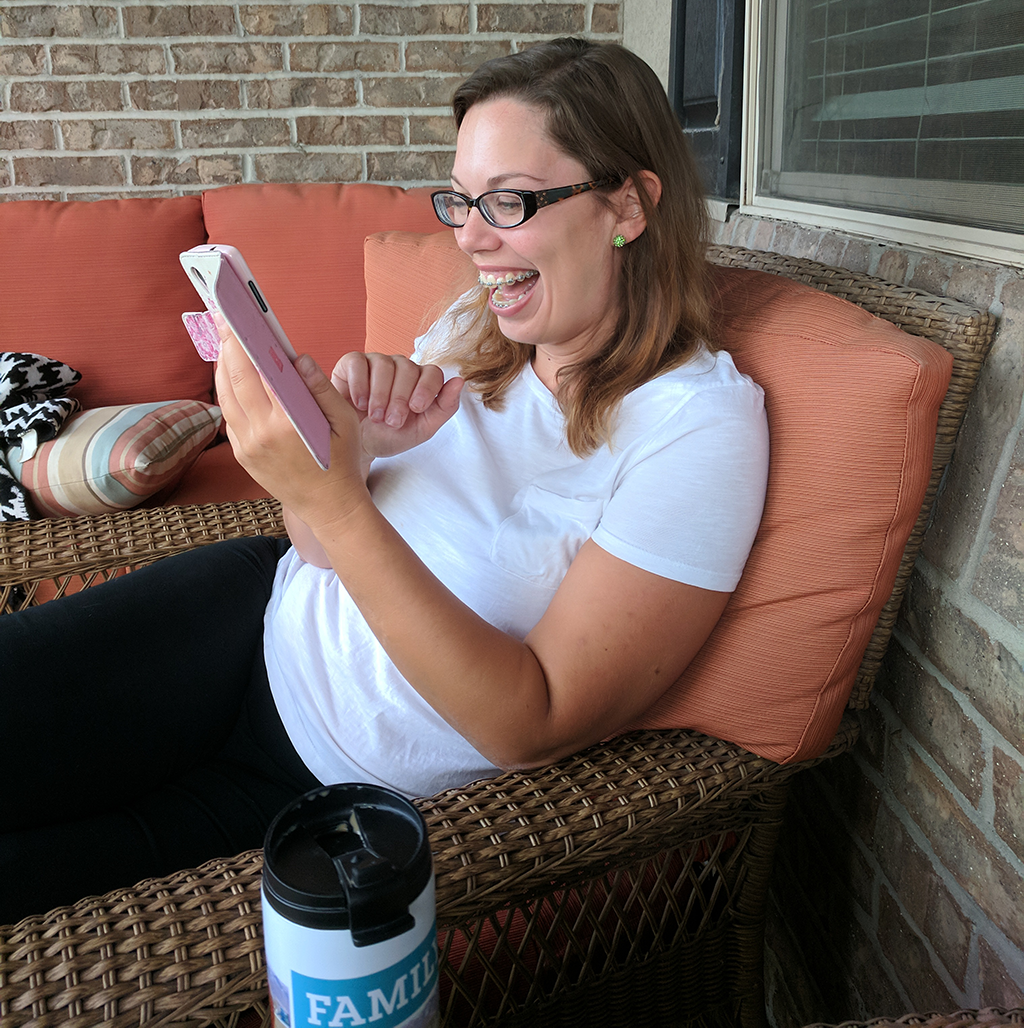 Kelly seeing her concept sketches for the first time

I work 100% with my partner Kat everyday.

We decide to write a game together about 1 year ago, something we had both wanted to do for a while.

We are the perfect match, me coding and she does the art work. We both muck in for the design, but actually Kat does most of it :)

I'm hoping we will produce a great and streamlined game as we both have similar ideas and work well together :)

That's awesome that you get to work with your partner every day as well! I think when people can make it work and find a place where each person can flourish - like you both are doing with coding and art work - it can be really special and fun.

Thanks for the kind words :)

This is honestly amazing. I'm glad you get to keep doing what you love mosr while being able to work and spend time with your wife.

I wish you the best of luck with everything!

Wow, thanks for the kind words, TXGM! :D Really appreciate that.

We use an art studio for our game art. Kelly provided the concept ideas, and the art team delivered the sketches.

Wonderful write up. :) I am so grateful that myself and my wife do the EXACT same thing. We love it. You could literally change the names in this and it would be our story. I make the games and she handles marketing and social medias. :) but instead of cats we have two weenie dogs. ;)

That's awesome! So cool, so happy for you guys. Cheers to awesome and supportive wives, and working on games we love.