A quick news flash on the whereabouts of the beta.

Greetings, Folk of the West! I'm back with another quick update on the location of the multiplayer beta! The beta was promised to be made available in the opening week of July, but it has unfortunately snagged on a few bugs on the way out the door.

A strange bug has suddenly plagued the mod, in which random map data has become unable to be loaded, rendering the game almost unplayable, especially in a multiplayer environment. The editor mode still functions and loads saved maps as usual, but the source of this issue still is unknown. I would like to personally thank everyone for the patience in the last few weeks of the missed deadline. 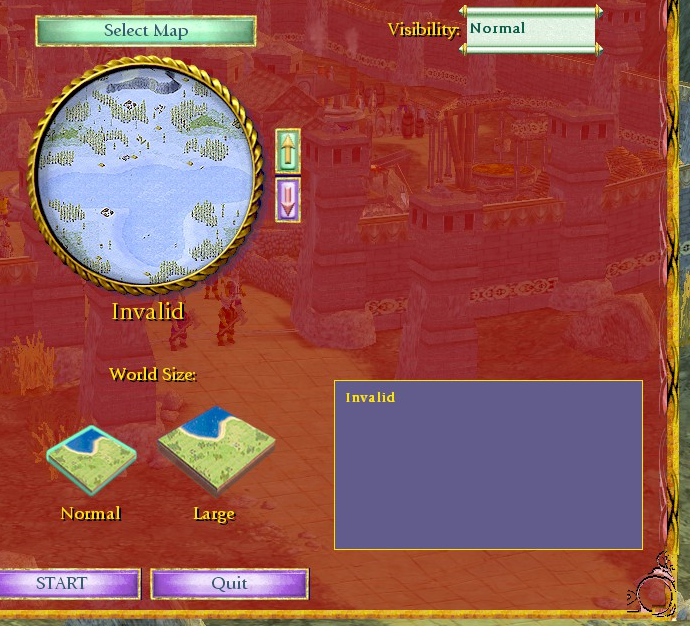 No maps are displayed, only leaving a mysterious "Invalid" name holder in their place

Rest assured that the mod is still under development, and while the bug is being worked on, the opportunity to add more to the Mandos civ is being done as well.

As for my personal situation since my last update? I am doing alright... Each day is a day more the wounds scar over, and another day to right the wrongs of the past. Thanks to everyone who's been here for me in these very dire times, and thanks to all you patient fans awaiting the next chapter in this epic mod's life span! There should still be more treats up on the road ahead! But for now, please rest assured that the mod is still in heavy development, and isn't going anywhere until it sees a full release!

Update, Lord of the Rings