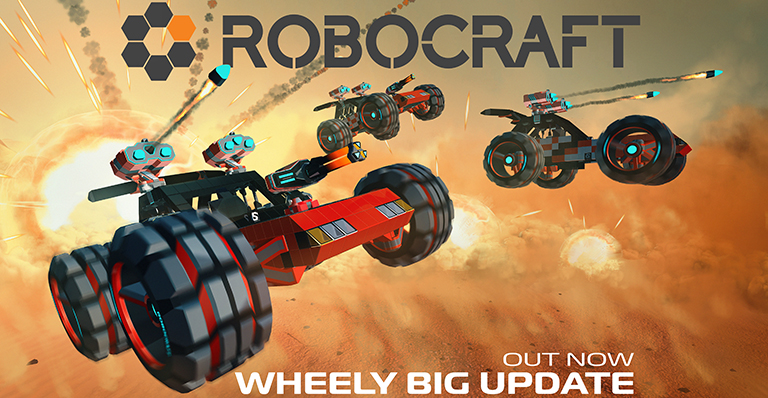 We've filled up the gas and put pedal to the metal with our latest 'Wheely Big' Update that's now live!. We've stripped the wheels back to their hubs and given them a much-needed re-work both in terms of how they perform and how they look. You can read more about the changes to wheels in our recent Dev Jam, but rest assured they are VERY FAST, VERY STABLE and VERY FUN!

In addition to the new and improved wheels, we've also added a new mini-LOML called the Stinger, and a new BRAWL, which is the first in a series of building challenge BRAWLs. But that's not all as we've added a number of balance changes to existing parts, introduced a player buff for uneven teams and squashed some bugs too. It 'wheely' is a big update!

One of the first things you’ll notice about the new wheels is the size. Previously you had 5 small wheels and then the Mega wheel called ‘Wheel Monster’ in-game, so we’ve resized them so you get a fairly even increment in size as you go up the range from the smallest to the largest (see image below). Since resizing wheels will break some Robots, we’ll be stripping the wheels off your Robots and putting them back in your inventory so you can replace them and tweak your wheeled Robots as necessary. This does not apply to the Wheel Monster as there is no change to their size. 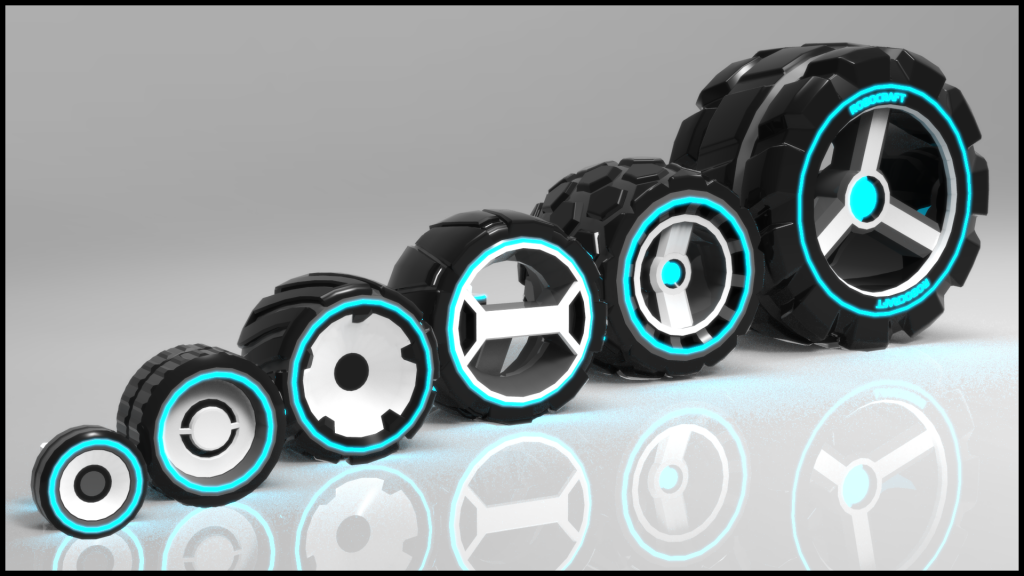 Here's the all-important data for the new improved wheels:

Special thanks to Sketchfab for their incredibly nifty 3D model plug-in tech. 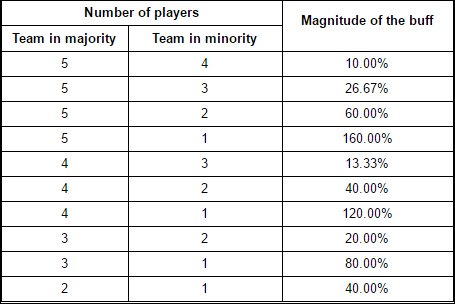 Please note that we're still working on a reconnect button and back-fill functionality; these things are complex and 'team buffing' was a quicker feature to add as we already had the code written.

With this update we have also corrected the thumbnail data for many parts as this was showing the incorrect information. For example, Insect Legs had wrong Carry Mass, and Sprinter Legs had wrong jump height (both were much higher than actual).