Thank you. The response to War in Heaven Release 1 has been overwhelming. But we're moving into Release 2 with an eye not just on maintaining what was good, but fixing what we felt went wrong.

First, the models. The Federation fleet was gorgeous, but the assets we had to work with were poorly optimized at best. It's a painstaking affair, but these ships are being remapped and resmoothed. They'll come out looking better and eating up fewer FPS. 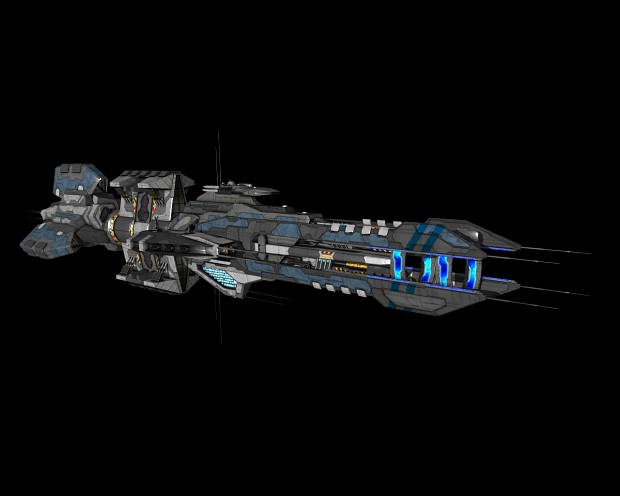 Model master Esarai, creator of the Federation's mighty Solaris destroyer, is the hand behind this redone Narayana heavy frigate. The model isn't final - the blue ring components near the prow are already being reworked - but with proper smoothing, an optimized UV map, and an AO bake, the Narayana will both look and play better. Other models like the Karuna are also in line for this treatment.

Second, the missions. Release 1 was a tightly scripted, dialogue-heavy affair. It spent a lot of time building characters and mood. But Release 2 sees the player in a position to step into a decisive role in battles that were once just beautiful backdrops. Even Admiral Steele knows that he must expect losses in the desperate final hours of this war. You'll get the chance to inflict them.

We can't give too much away. But expect to find yourself wielding a lot more tactical power this time out. Instead of moving down a tight, scripted corridor, you'll be given the tools you need to tackle your mission from multiple angles, with consequences that persist later into the campaign. Custom HUD elements will help you keep track of new capabilities, networking you to artillery assets and entire air wings. 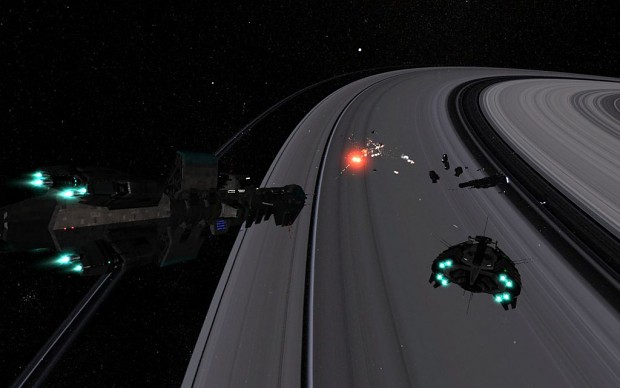 You'll meet new weapons - from the uncontained carnage of the Sidhe to the precise, packaged firepower of the UX Accelerator and the antimatter-cored Redeemer anti-corvette gun. If all goes well, you'll even be able to mount shield batteries, afterburner fuel reserves, self-repair modules or other, more exotic equipment: capabilities never before seen in FreeSpace.

And you'll fly new ships. The stealthy Ainsarii is no recon fighter; she's an assassin. The antimatter-loaded Durga strike bomber is too valuable to lose - but too powerful to hold back. The Izra'il assault gunship defines conventional firepower, complete with a chin-mounted autoturret. And the mighty Vajradhara fleet bomber is a veritable flying fortress, meant to survive line combat between battle groups.

Your opponents, too, will have new capabilities. But that's a topic for another time.

If you're looking for more insight into our thoughts behind the design of Release 1, and you're willing to put up with some pretty harsh microphone issues on the part of a certain nincompoop, check out the director's commentary.

And for those of you who haven't checked it out, be sure to play The Blade Itself, the second campaign (of one mission, but hey!) bundled with War in Heaven. You can find it in the campaign room. Here's a taste of what you're missing, courtesy of Hard Light Productions member MetalDestroyer:

This type of experimental gameplay will carry forward into R2 in some interesting ways. In fact, one of our biggest challenges with R2 will be teaching the player how to handle new abilities, including new forms of electronic warfare, stealth combat, and warship command. Our solution to this problem gives us not only a powerful replacement for the old linear tutorials, but a way to provide the player with even more character depth and background information - without slowing down missions one bit. As a result, we've been able to focus mission dialogue more tightly on the tactical situation, and players who aren't interested in that kind of depth can simply opt out.

Progress is rapid, and we're approaching (but not quite at) our alpha milestone for the first of three acts in R2. The story of the Federation-Alliance war will conclude When It's Done.

Nice! I loved Age of Aquarius and War In Heaven I. Good luck with this one.

Commanding artillery strikes, air wings and warships you say? I like the sound of that! Looking forward to seeing what you do with the custom HUD elements too guys; best of luck with it all!