Post news RSS What's new to the World of Padman?

What's new to the World of Padman? Check out the last development news.

It's been a while since the last news release here on ModDB, so what's going on in the World of Padman these days? PadWorld Entertainment, the team behind WoP, lost its Lead Programmer #@. Sadly, he is too busy with his day-job, so he had to stop working on WoP. Let's take the chance to thank #@ for all his work, helping to shape the World of Padman. Both the mod and standalone version of WoP would not have been possible without him. The whole team wishes #@ all the best for his future and in secret we still hope to see one or two more of his features.

This is why the code tasks lack behind at the moment. The team is simply understaffed in that department. The good news is that Cyrri is back in the team to take care of the AI code again and PaulR (aka. nraven) has stepped up to do some minor coding tasks although he's very busy with modelling already. All that means the team is still searching for help. Some interested programmers out there already got in contact with the team but If you think you are a good programmer too, check our job announcement here on ModDB and drop us a line. 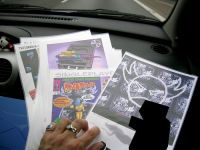 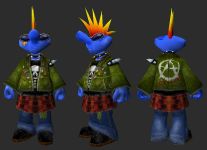 Additional some of the team members became very active again during the last days. Cyrri is messing around with the latest version of ioquake3 which brings up some new features like In-engine VOIP support, IPV6 networking, PNG format support for textures and much more for WoP 2.0. doomdragon started using Twitter. Follow his statements regarding WoP 2.0 development there. ENTE was asked to give an interview on Ubuntumagazine.net. Check out his answers also regarding WoP 2.0. Watch out for new stuff like the pictures above to be found in the world wide web everywhere.

amazing as always. sorry to hear you lost your lead programmer, but he served you well and you look to be well positioned to continue improving your game