Sundae Month has been around for a little while now, but this is our first foray into the DB community. We thought we would introduce ourselves as we establish our residency here, as well as show off a few of the titles we have worked on so far.

It is with much excitement that Sundae Month makes its DB debut and we introduce ourselves to the amazing community that has been built here. We are a group of students composed of designers, artists, producers, and programmers at Champlain College who got together to make games. We are all professionally schooled in the arts of game development by industry veterans, but what makes us an effective team boils down to the fact that we're just a group of friends who work really well together, and we're making the games we want to make. 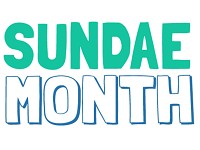 Why the name? We all like ice cream, so we chose the name Sundae Month after a particularly long discussion. Now we're striving to release a new game every month! So far we've released four games: Height, ShapeDown, Saboatage, and our latest release Petrichor. You can play them right now if you want to, check them out!


Height uses the beloved metric system. It helps one find inner peace. It features fast and flowing minimalist combat! It's the realization of what really matters in life. It's the feeling of nostalgia.


ShapeDown is a minimalist action arcade game that tests your reflexes and ability to love your significant other. If you can keep up with the pace of incoming shapes then you will be rewarded with a pleasant electronic melody, to disrupt it would be a felony.


Saboatage is a side-scrolling stealth / platforming game which challenges the player to wreak havoc on an enemy ship using carefully placed bombs. Utilize hiding spots to avoid guards and navigate your way to high-value target rooms in order to inflict crippling damage with multiple timed explosives! Sink the ship or destroy the control systems to prevent a devestating nuclear missile launch and save the day!


Petrichor, a game inspired by the "legitimate sensation of getting caught in the rain", is a point-and-click adventure platformer designed as an experiment to redefine some of the pillars of the genres from which it's based. With Petrichor, we hoped to push the boundaries of game and aesthetic/narrative design and so far, we're happy with the result.

Those are the games we've released so far, but we have a bunch of others in development too. This is just the beginning, there's so much ahead, so much to try and learn from, so stick with us and grow as a community with us as we grow as developers. This page will be constantly updated so keep it locked! If you have any questions, suggestions, critique and advice, or you just want to introduce yourself to us then drop a message by our forums! Or email us at sundaemonth@gmail.com