Remember how I said something about "world design"? Well, I did something completely different and even more strenuous. Also some more ideas being thrown out! All that and more...kind of.

I aaaalmost didn't get this done tonight since I was so heavily distracted by all sorts of things, but what little part of me is human made me get to it.

I got my new PC and it works as well as I could want! Playing all of my games in 1080p - including Trespasser - with all settings maxed out and still sitting above 60 FPS makes everything feels sooooo much smoother and playable. That said, I've been off playing most of my other games more than I have been modding Trespasser now that I am actually in control rather than lagging around at 15 FPS.In terms of Trespasser's performance now, it's a solid 60 FPS everywhere I go in nearly every level with quite a few extra graphic features of CE turned on. Replayed JPDS a couple of times and had a blast; it's a lot harder with CE's fog fix that causes the fog to actually hide distant objects within, though by now I've played it enough to know the essential locations of everything. I also went through the level I typically have the biggest issues with, Trespasser Legacy, and even with the high graphics it ran smoothly without crashes. I can't wait to see how it performs when I really get detailing RTJP and the world becomes massive!

Now for the actual update segment then... First off, I went and redid almost all of the game's menus to a completely unique and brand-spanking-new design. The way Tres has its menu files set up makes it super easy for me to edit them to my heart's desire, and I'm pretty confident that I've created something new and interesting, as well as streamlined and more modern for all of you young(er)sters out there. Here's a preview of the main menu: 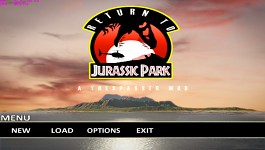 I actually redid the main menu twice in one day; the original design would have been based on the old JP DVD main menu - couldn't find a good image of the whole thing, but hopefully you guys remember it: 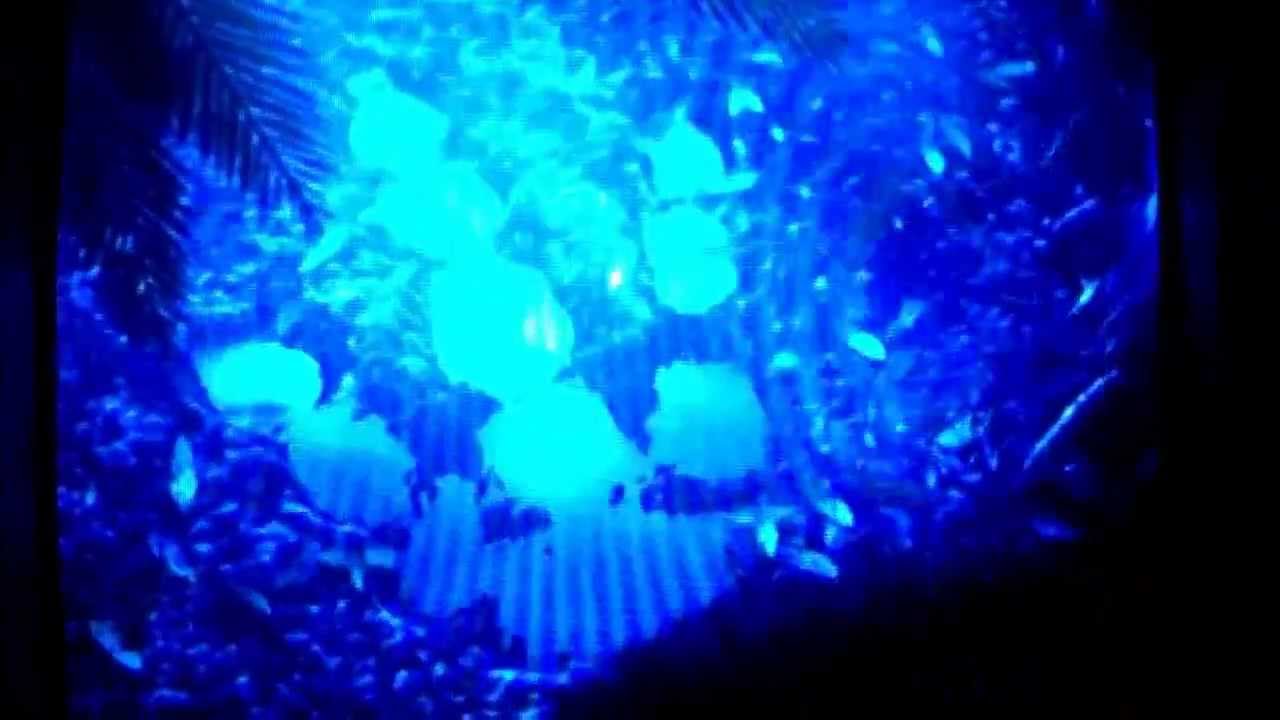 Ultimately I decided to scrap the older-style menu entirely and go with something new and unique, and this is my result. I'm just working on the menu sounds now as well, which will add to the feel and make it feel even more different.

Speaking of sounds, I've compiled a massive library of ambient sounds from all over the place which I plan to implement into RTJP so that it feels completely distinct from the original Trespasser. The old version included several new sounds like dinosaur calls and other ambient animals to enhance the Park and abandoned buildings, but I want to go even further and push the boundaries (and expand the filesize :P ) by bringing in an array of completely new looping sounds, bird effects, wind rustles, and even minor seismic activity to the game. I feel that doing this will make the jungle feel even more wild and prehistoric if done correctly!

As usual, I didn't do what I said I would last week (work on world design, that is) because I got so sidetracked with the menu. Can't remember if I really did anything major to the island...OH! I began completely reworking the jungle river area, for starters, which will likely lead to me lowering a LOT of the island's terrain to better compensate for this. The river will house two separate environments at different points - running down from mountain streams in the west, it will expand to a greater size as it passes the Brachiosaur lake and meets with the northern river, which will instead be an enclosed amazon-style river, home to the occasional swampy area or similar. The areas where it passes through jungle will likely be inspired by the JW trailer shot of the river, seen here:

And yes, I do hope to somehow work a river cruise scene into the mod somewhere...I have a pretty good idea of where it could fit into the story, and if this plan of mine works out, we might end up with a scene quite similar to the original novel scene, including an aviary escape, waterfall drop and, of course, intervention by the one and only Rexy. 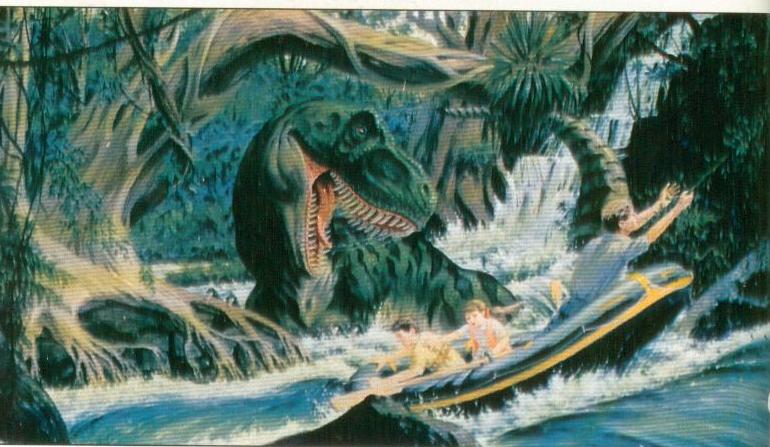 I could go on and on with ideas as you probably know by now, but I'm afraid I'll cut this one here. Will there be any world progress? What strange ideas will I come up with in the future?! Tune in next week - same Park-time, same Park-webpage!

Legendary Glitch of the Week:

I removed the "exit" button from the menu by mistake; at the time, my keyboard was dead as well, so I couldn't exit the game. Ended up leaving the game on for half an hour while I went to the store for batteries in order to ALT-F4 my way out.