In this article, I'll be going over what we've been up to lately. Read on for what's new.

Hey everyone. From now on, I've decided that Sunday will be my blog day. Every Sunday night, you can expect to have a new post up, detailing what we've been doing, what's planned for the future, and other things. The Sunday prior to each release will be a post of expected features, and, of course, each release is also on a Sunday. Thus, there will be an article every week, and possibly an article during the week if something especially notable happens and I can barely wait to tell you all on the following Sunday.

Before we get to the project itself, I think it would be cool to list off a few statistics from Google Analytics, which has been collecting anonymous data since April 1st, when we first set it up on the site. Ever since, we've had 33,285 unique visitors, contributing a total of 338,636 pageviews. We're evenly split between new and returning visitors, with each visitor viewing roughly 5 pages per visit, and the average visitor duration is 4 minutes, 44 seconds. 50% of our visitors use Windows, 40% use Linux, 7.5% use Macintosh, and the remaining visits are on mobile devices. For our first analyzed month in April, we had 2,326 unique visitors. In October, that number has risen to 7,867, a 238% increase. Go Unvanquished! 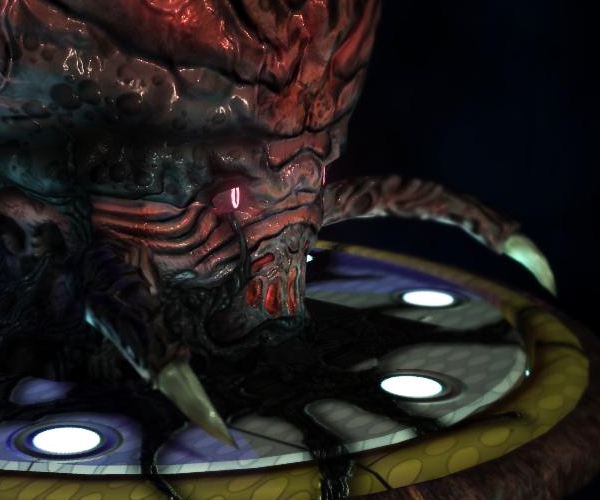 On the modeling front, we've been up to a variety of things. Quite a few concept artists have been joining us, and as a result, we've been producing some interesting artwork that I'll show you in a few weeks, once they're done. The overmind is nearing completion, and with luck, we'll be animating it over the month of December. You can see a glimpse of it above, and when it's ready to be animated, I'll have a larger, higher-resolution picture of the whole model to show you. Stannum has also been going through his old weapons, retouching them with higher resolution textures, as well as adding in the new human hands in first-person view. He's also been working on artwork for a new painsaw, and after that, he'll do the chaingun. It won't take long before we've replaced all of the Tremulous weapons with our own. Lastly, gavlig is back from his vacation, and you can expect to see updates on the human animations soon. 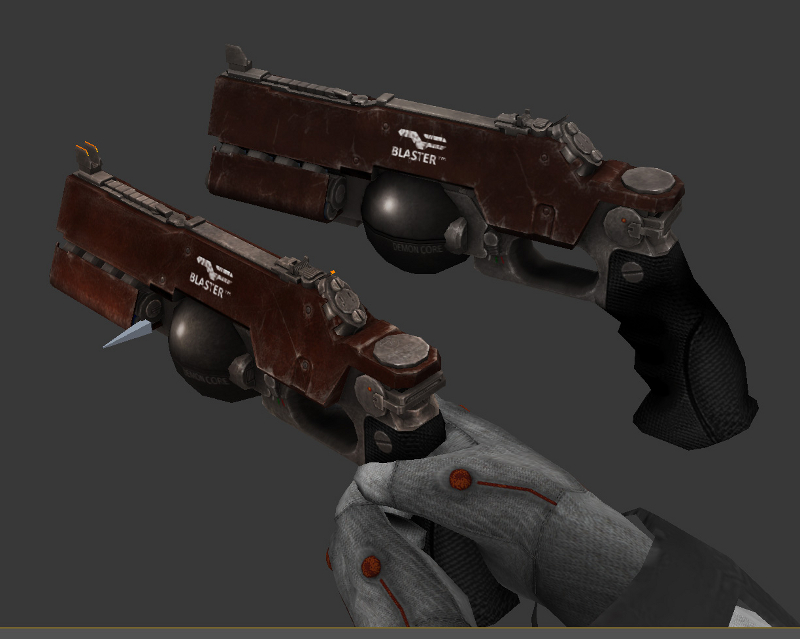 In-progress shot of the new blaster work, with the old one for comparison

Besides artwork, we've also been putting in some effort on sounds. I've recruited an abundance of sound effect designers, and we've organized them with a shared Dropbox account. So far, we've been producing some replacements for the old ambient sounds, but we've also been doing work on weapons as well. Once they reach a ready state, they'll be added to the game. If something has a new model, you can expect to see a set of replacement sounds for it over the next few months. Some might even be done by the next release, possibly for the rifle or shotgun. Unlike Tremulous, we'll also have reload sounds for the weapons that come with clips. 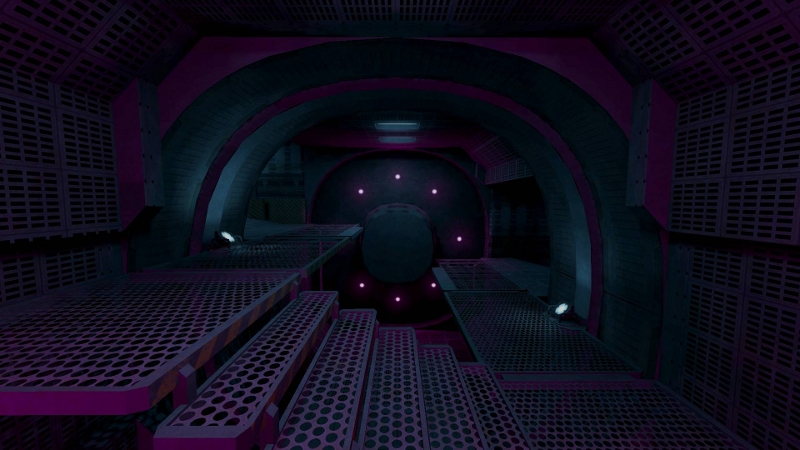 A shot of a new map, Yocto

Mapping efforts have been strong over the last few months, as we've shown in recent releases. This month, you'll very likely be seeing two map updates. The first will be a whole new map by Pevel, Yocto. Additionally, you can also expect to see a new beta version of Parpax, which will likely be the last beta before Viech upgrades the map with fancy texture work, including bump mapping. Jack has been taking a short rest after finishing the alpha version of Thunder, but you can expect to see updates from him in our January release. We may also have more to show you by Zack soon, as he's been working on his unnamed medical facility map. 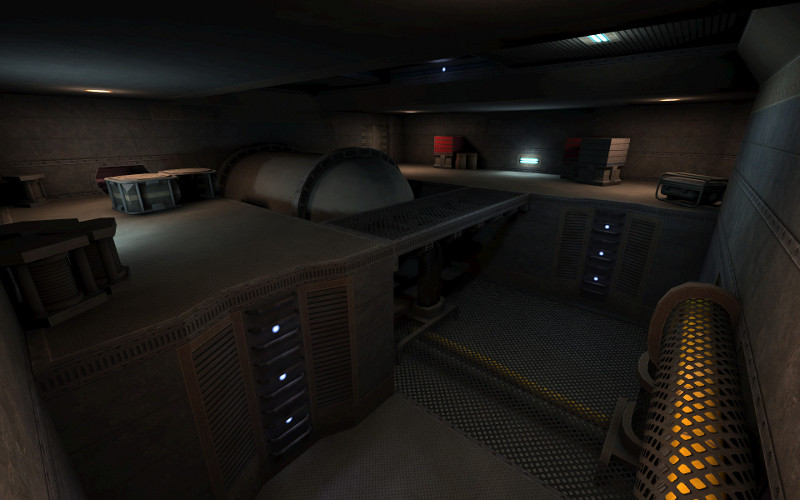 A new area in Parpax

Our coding effort has also been highly active. Fuma has been doing some more work on his bots, fixing up some of the navigation issues that have been pointed out on our forums. In addition, he's also been working on making both of our renderers more resource-efficient, which you can see in some of his recent commits to our Git repository. `Ishq has been looking into the possibility of using libRocket for our UI system, although we don't have anything concrete yet, as it's in the planning stage. We've also all been involved in serious discussion on gameplay, led by Norfenstein, who has been guiding us through the process of writing what he calls a vision statement. When it's finished, it will be made public on the blog, forums, and Wiki. Around the same time, I'll try to finish up and post a final draft of the game's storyline.

See you all next week, when I'll make my post on what you can expect in our tenth alpha release, which will be made on December 2nd.

Things certainly are coming along nicely, just a shame the servers aren't as full as they should be! :D