Massive update this week! We've reached a significant milestone, and have tasted what hundreds of players involved in a space battle can look like. Major patch released over the last weekend, 0.2.0.0, and great community response as we push toward our future milestones, Alpha Weekends, Alpha, Beta, and full release. 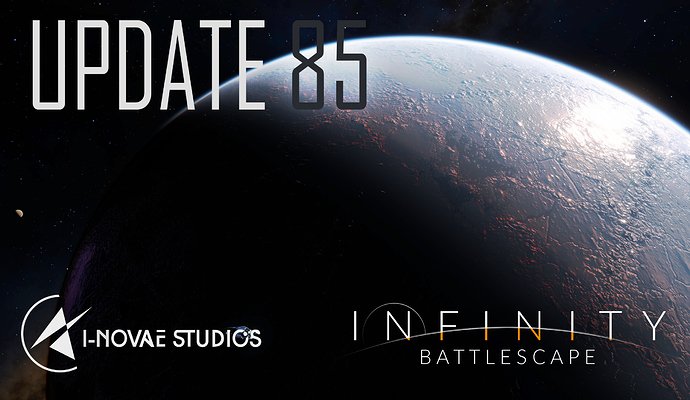 Hi everybody, this is Flavien. First I would like to congratulate Keith on becoming a father ! Of course, he’s been pretty busy ( what an understatement ) this week with the arrival of his child. But although the timing was pretty bad, I’m happy to report that we successully released the pre-alpha patch 0.2 as we announced last week. So far the feedback from dev-tier backers has been very good and they seem to have a lot of fun with the new build. That being said, let’s have a look at the main features of the new version. A fan-made video is also available, thanks to SpaceJay:

I streamed a presentation of the new patch last monday; if you haven’t seen it yet, you can see the game in action here:

Now that this pre-alpha patch is out of the door, which has sorted out most of the technical / refactoring issues, iterating on gameplay is going much faster. However, before we can deliver the alpha ( probably around Q1 next year ), we still need to add more content and gameplay:

If you want to see more, you can head on to our forums where you can find more screenshots and videos of the latest patch. 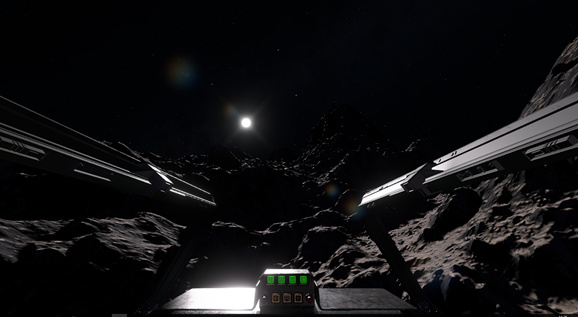 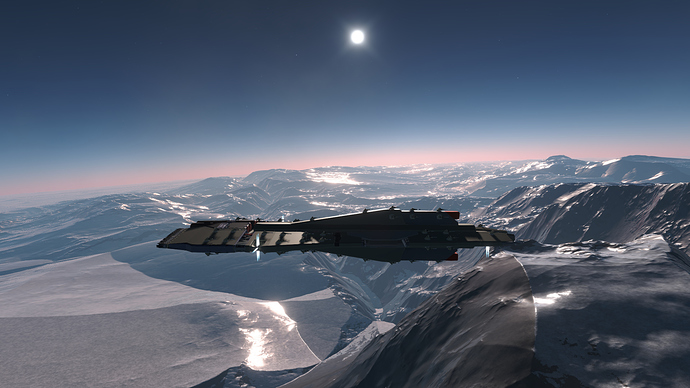 Cruiser controlled by a player, flying over the new icy moon 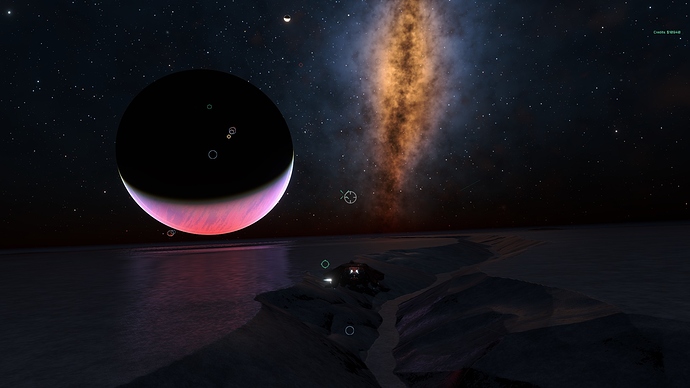 Reflections on ice at night

If you keep developing the Bots, I might purchase the game after all. Here are some arguments:

AI bots weren't originally part of our plan for the game, however we decided to include them in order to stress test the system. Hundreds of AI all firing weapons at the same time gives us something rather spectacular to work with ;)

Improving the AI for actual gameplay purposes is something we've begun to explore, but we haven't yet decided how far the AI should be developed. There are still a lot of core gameplay features that need to be addressed before we can really polish a decent "AI" framework :)

First, Thank You for update!
Second, points about bots (and kinda-singleplayer) are valid and very much important. If game is multiplayer-only (human opponents), and for one reason or another looses user base - game is dead and quickly forgotten, even if it has great features and stuff. If game is playable "no matter what" (no Net, no human opponents), it can live, AND eventually attract human competitive players.

The bots have definitely given life to the current build of the game. We may continue to develop them in the future, but want to ensure our core features are developed first. The current bots are pretty simple at the moment.

At the very least, it gives our low population server something to shoot at (since so few of our backers have access at the moment)