Regular weekly updates continue with some minor programming progress, and a few new images from the art team. 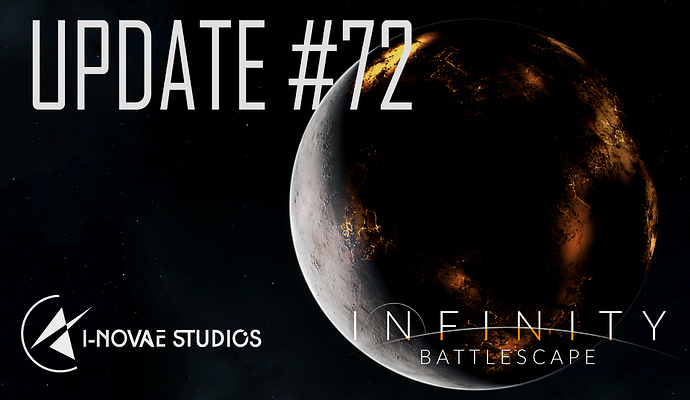 Hey everyone it’s time for your weekly update. On the engineering side Flavien spent a good portion of last week working on some issues with networking error detection that he discovered. These center around problems with how our the new networking code was integrated with our physics library. On my end I fixed a number of issues with using Facebook for account login and creation. Facebook changed some things on their end which broke our integration. If anyone using Facebook for login is still experiencing problems with our website or the game please let us know. I’ve also started work on gradient support for path rendering as well as building the rest of our UI subsystems. 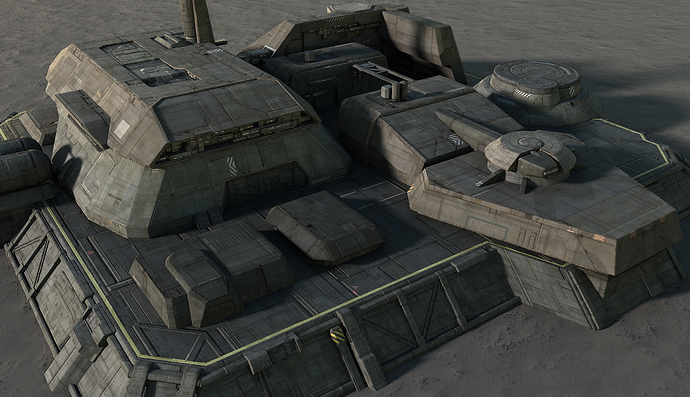 Pre-rendered image of another portion of the land base

We spent time this week discussing some design elements of the gameplay surrounding capital ships. The central question is how quickly should we give players access to capital ships? At the moment our core design restricts access until a player accumulates enough money to purchase a capital ship. It was proposed that we possibly add an additional XP requirement to prevent new players from blowing all of their money on a capital ship and then immediately dying due to inexperience. This could also be a form of griefing since money will be distributed evenly amongst members of a team – the smaller a team the more a person could, either intentionally or accidentally, waste the resources of their team by buying expensive ships and immediately dying.

WIP rear geometry for the destroyer

On the art side the usual work continues on station materials, the land base, and the destroyer. The new assets from the last few months are now being integrated into the game in preparation for our next patch. Due to the aforementioned networking error correction issues we don’t have a firm date just yet but we’ll let everyone know as soon as we can provide one with confidence. That’s it for this week, until next time!