Another weekly update. Status report from the programming team, and a look at station materials again. Once again this weeks header image features a modded Cinder, courtesy of SpaceJay, an active community contributor and backer of the project. 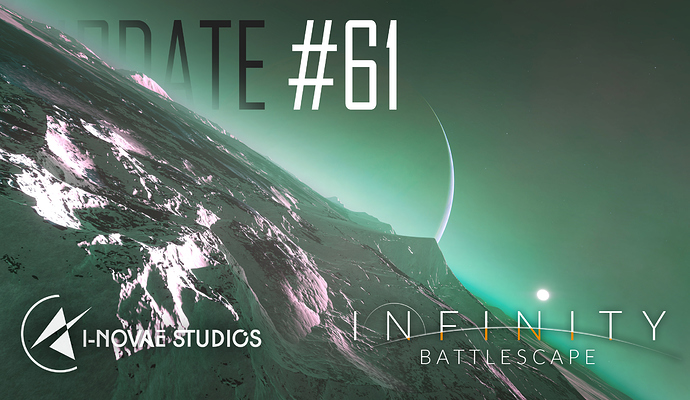 Hey everyone time for your weekly update. Last week Flavien and I switched places regarding available coding time. Flavien was busy getting ready to move into a new apartment which took up most of his time. I, however, was able to fix the last outstanding bugs with path rendering (that I'm currently aware of). There's one remaining rendering feature concerning large shapes that I have to finish before I can start final testing and code cleanup but that shouldn't take too long. After that it will be onto adding support for font rendering, text layout, and finally integration into the game. 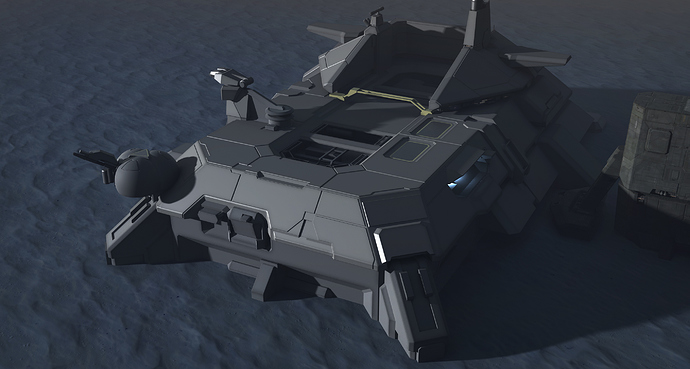 On the art side Kristian continues his work on final land base geometry and Jan on the station material pass. Dan spent last week producing some short videos of extremely high quality 360 degree renders of the interceptor, corvette, and bomber. There's still some on-going post-production work but we hope to release them in the next weekly update. Unfortunately they don't include materials since we didn't want to spend the time it would take to rebuild all of our materials in 3rd party rendering applications. That being said the detail work of the geometry really comes through and we're looking forward to showing them to everyone. 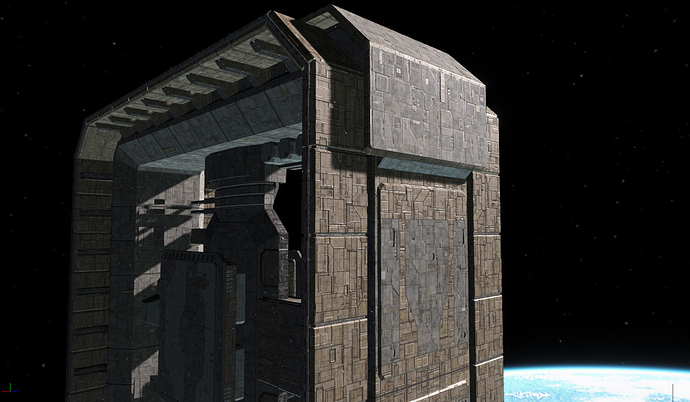 Work continues on the station materials

More information on the state of the new networking code should come once Flavien gets everything sorted out with his new apartment. The networking code represents our largest blocker, it was our biggest risk item, but we can see the light at the end of the tunnel and once we get past it we expect we'll be able to move quickly on the rest of the Alpha to-do list.