This weeks update header features a modded Rethe Prime, made to mimic Saturn and it's moon Dione. Thanks to Playbenni, a member of our online community and Stellar Supporter. We also feature some of our progress on station materials / texturing, and planet based defenses. 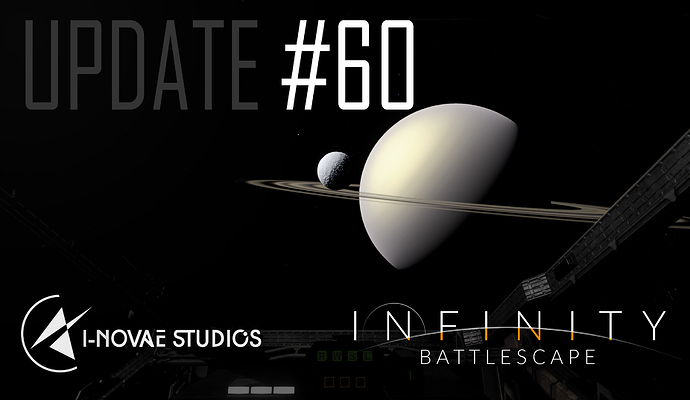 Hey everyone it's time for your weekly update. Flavien has been busy continuing his work on merging the new network code. A number of low level systems have been completed however there's still quite a bit of work left to be done. Unfortunately on my end I had to take care of a bunch of administrative things last week and, aside from some bug fixes, I didn't get a chance to do much coding. 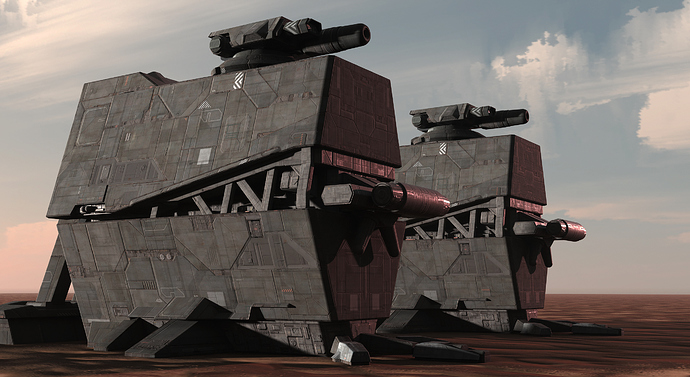 On the art side Kristian continues his work on planetary bases, Jan on texturing space stations, and Dan the final geometry pass for the destroyer. Planetary buildings have a modular design that ultimately connect to a central command center like spokes on a wheel. There was a fair amount of discussion surrounding how the ground around these buildings will be constructed. Smooth parts of a planet at the micro level still tend to be quite lumpy. When constructing buildings in real-life heavy equipment is used to make the ground level but in our case, due to technical limitations, we can't do that at the moment. Instead all of the buildings in our planetary bases will be on base plates to provide a level surface. We discussed the possibility of having little roads and industrial vehicles driving around but ultimately concluded we won't have the resources to implement what would ultimately be an aesthetic feature. 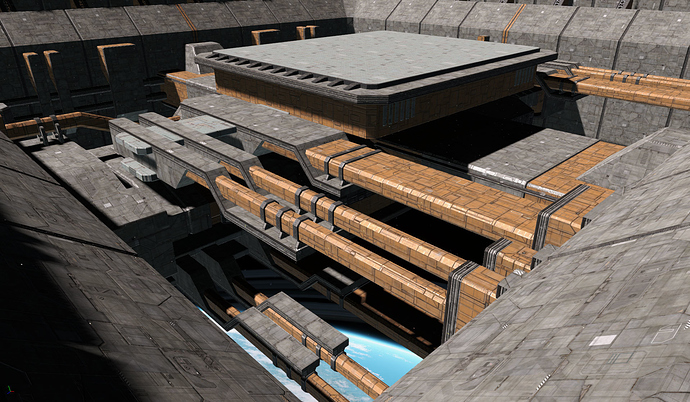 Another challenge we've encountered is with regard to large chunks of geometry - most notably the station pieces. As far as we're aware our stations will be some of the largest ever included in a game. It's quite difficult to provide interesting micro and macro detail on every centimeter of a square kilometer of station surface area. You can see an example of the challenge above. If you were zoomed in close to the station you would see a lot of small detail but from far away the piece looks bland and repetitive. There's a good chance this is going to be an ongoing issue and it's something we will continue experimenting with. That's all for this week, until next time! 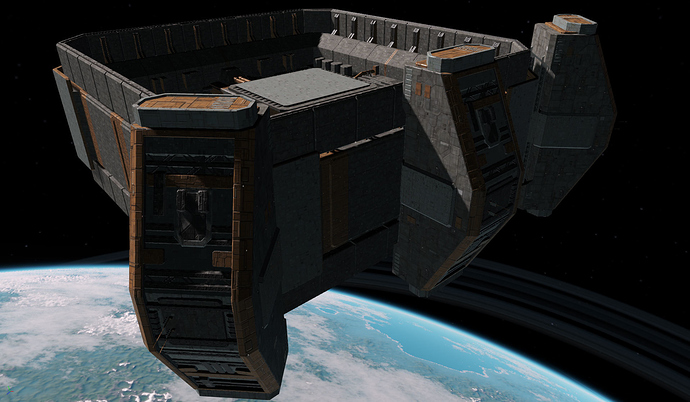 Another shot of WIP station texturing