Most notable for this week, we've released a new video showing off a networking simulation with 300 players in a "massive space battle" firing streams of blue bullets. 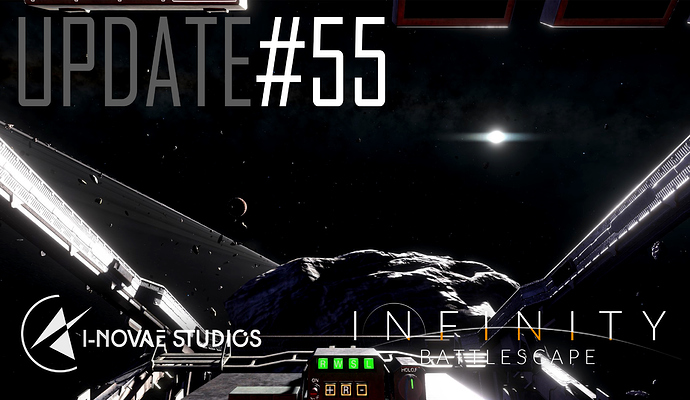 Hey everyone time for a slightly late weekly update. I (Keith) am back writing the weekly update - I was out of town visiting family for ~2.5 weeks and Flavien had taken over in my absence. Most notable for this week we've released a new video (seen below) showing off a networking simulation with 300 players in a "massive space battle" firing streams of blue bullets. It may not look like much but the simulation represents the culmination of Flavien's work on the new networking code, particularly latency compensation with physics simulation, and he's now going to begin merging the new code into the game.

Pre-rendered image of a factory

Now that I'm back I'm resuming my work on the UI. The core path rendering R&D is nearly finished however there's a lot of work remaining on font rendering, text layout, styling, keyboard/mouse input, animation, and optimization. On the art side Jan and Dan are still working on the geometry pass for the first capital ship to be integrated into the game - the destroyer. Kristian has started on the materials for the factory and we hope to have some pretty new screen shots of that sometime in the near future. 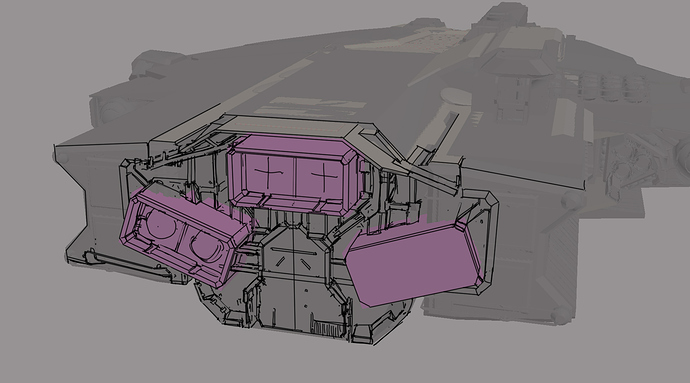 WIP engine Concept for the destroyer

The big task over the next week we'll be addressing is updating our scheduling. Needless to say the networking and UI systems have taken much longer than we initially anticipated for a variety of reasons that will probably be a blog post for another day. This means at a minimum we're looking at another 2-3 months before we can ship the Alpha. The good news is that these 2 systems are the last major R&D unknowns we have scheduled and once completed we'll be getting back to focusing purely on gameplay with the occasional diversion for art team internal tools. To make up for the additional delay we're considering the possibility of having 1 or more Alpha player weekends like we did in January.

That's all for this update. I'll talk more about the next patch and scheduling next week after I have more time to finish getting reacquainted with life.