My apologies for this belated update! Real life has a tendency to get in the way every now and then, but without further ado, a small summary of some of the stuff we have been working on the past two weeks.

A small update this week, but quite a significant one. We've done a lot of bug fixes (check the #patch-notes for that) and continued expansion on our port scene. I made a little photo series to give you an impression of what we're working on at the moment. We've added an automatic gangplank and docking sequence so players can now get onshore, do stuff over there, get back on a boat, sail around a bit, dock again, etc. The possibility space just got a whole lot bigger in that respect! 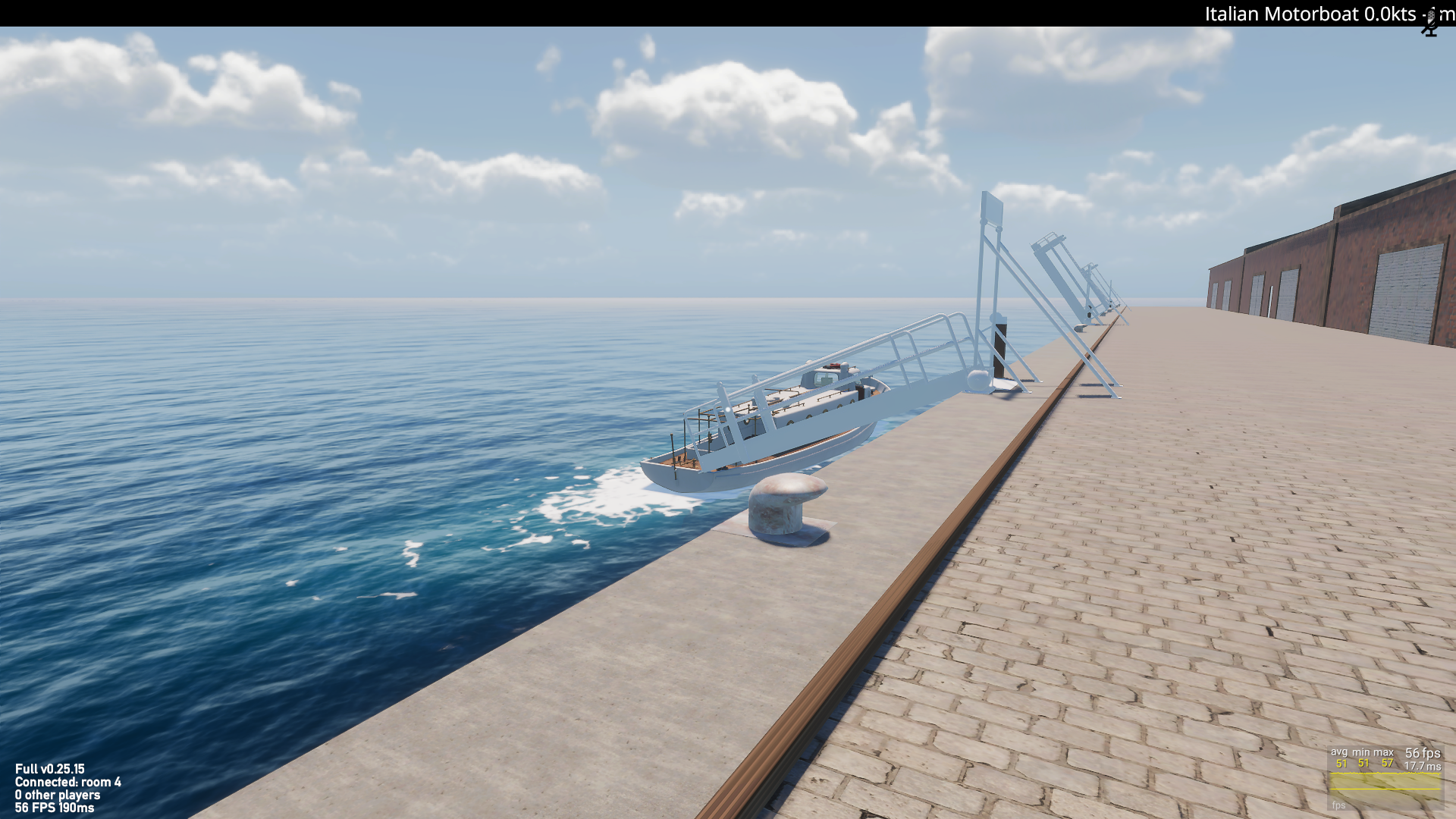 Apart from that, we've enhanced the planet collider to increase accuracy, and now you can walk on land!
There is a new planet shader with textures based on land height (sand, grass, rock, etc.) No more dark mud everywhere! 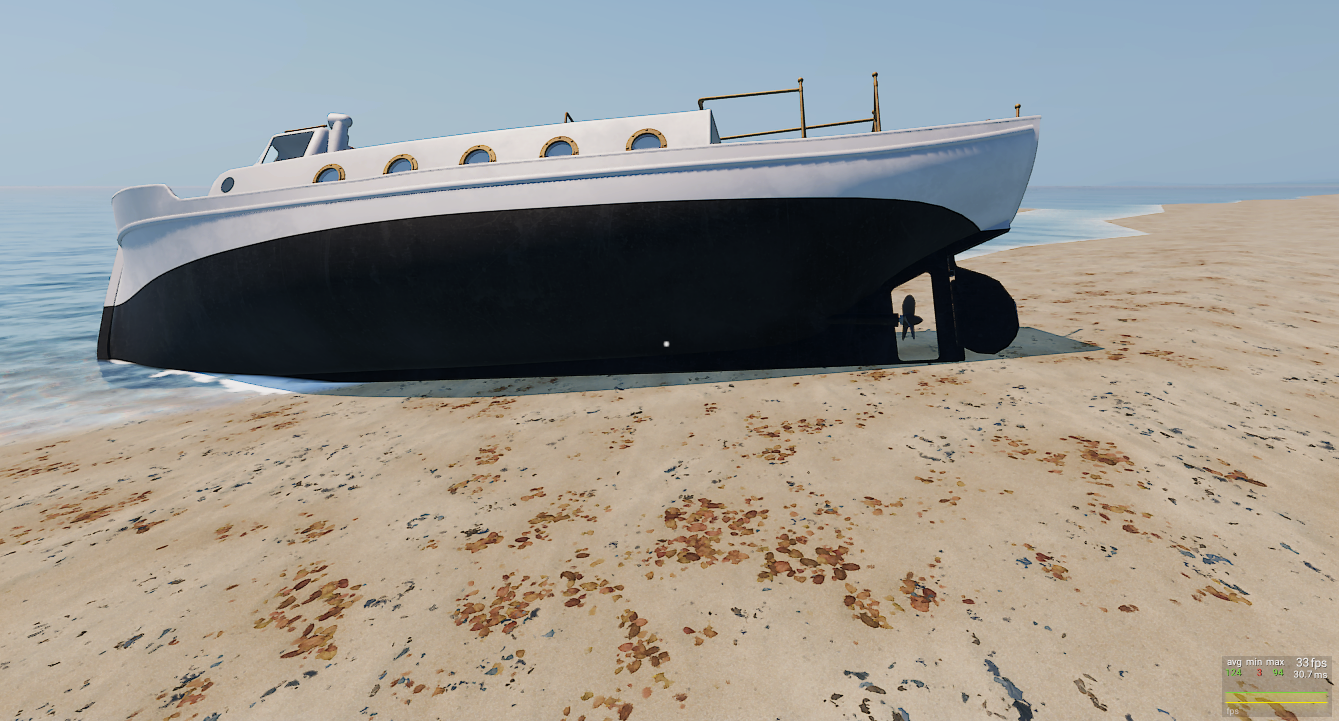 The next steps in this process will be probably adding more of these Italian motorboats to the scene and see how they and the players and all that react together. If that passes the test, so to speak, we can start thinking about adding other playable vessels as well and you know, move a little step closer to creating a full MMOS indeed.

This week has been one of those 'behind the scenes' kind of things, as most effort has been going into things that don't directly translate to something for you to do. If you check the patch notes from last week, you'll see that a lot of effort has been going towards expanding, fixing, and improving the network code, which will be critical for delivering on that promise of hundreds, if not thousands of different entities all in the same world.

On that note, we did a small load-test yesterday to see how we can handle vast amounts of different entities at this moment already, before optimization going in. What you see in this picture below are 500 different rigid bodies, all being simulated on the server-side. We haven't started on optimizing this at all, but it's nice to see it handles reasonably well already. A good proof of concept for us indeed! 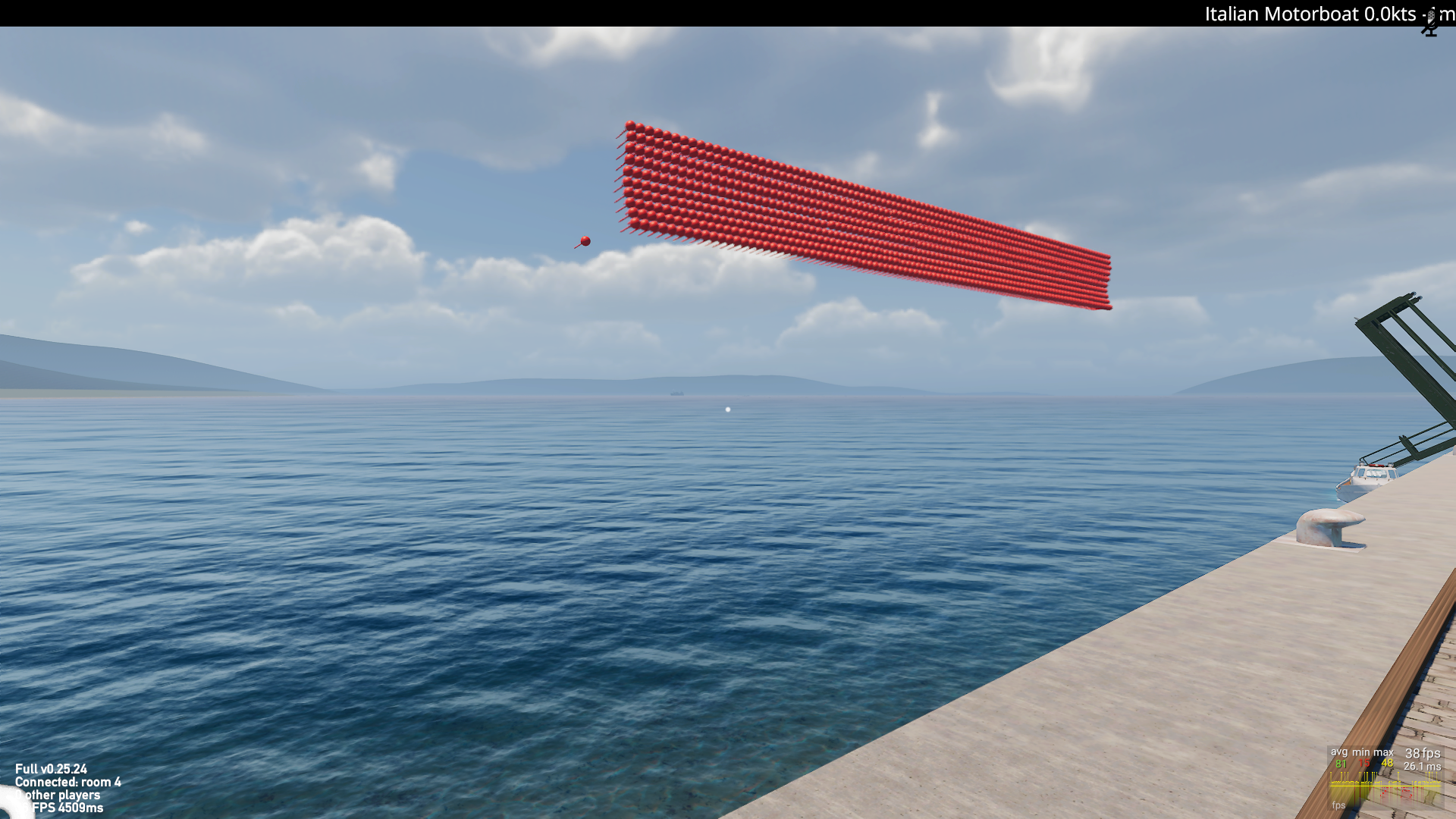 One thing you might have noticed is that the T2-tanker has been moved to the multiplayer scene as well. We'll be giving here a new look over the next couple of updates. That will not be final at all (as we still see many ways to improve there as well), but we're updating her a bit as well to see how the texture sets we want to work with (in terms of resolution and the like) will perform. I'm almost done making the model and I thought it would be nice to get at least some eye candy in with this update, so let me know what you think! 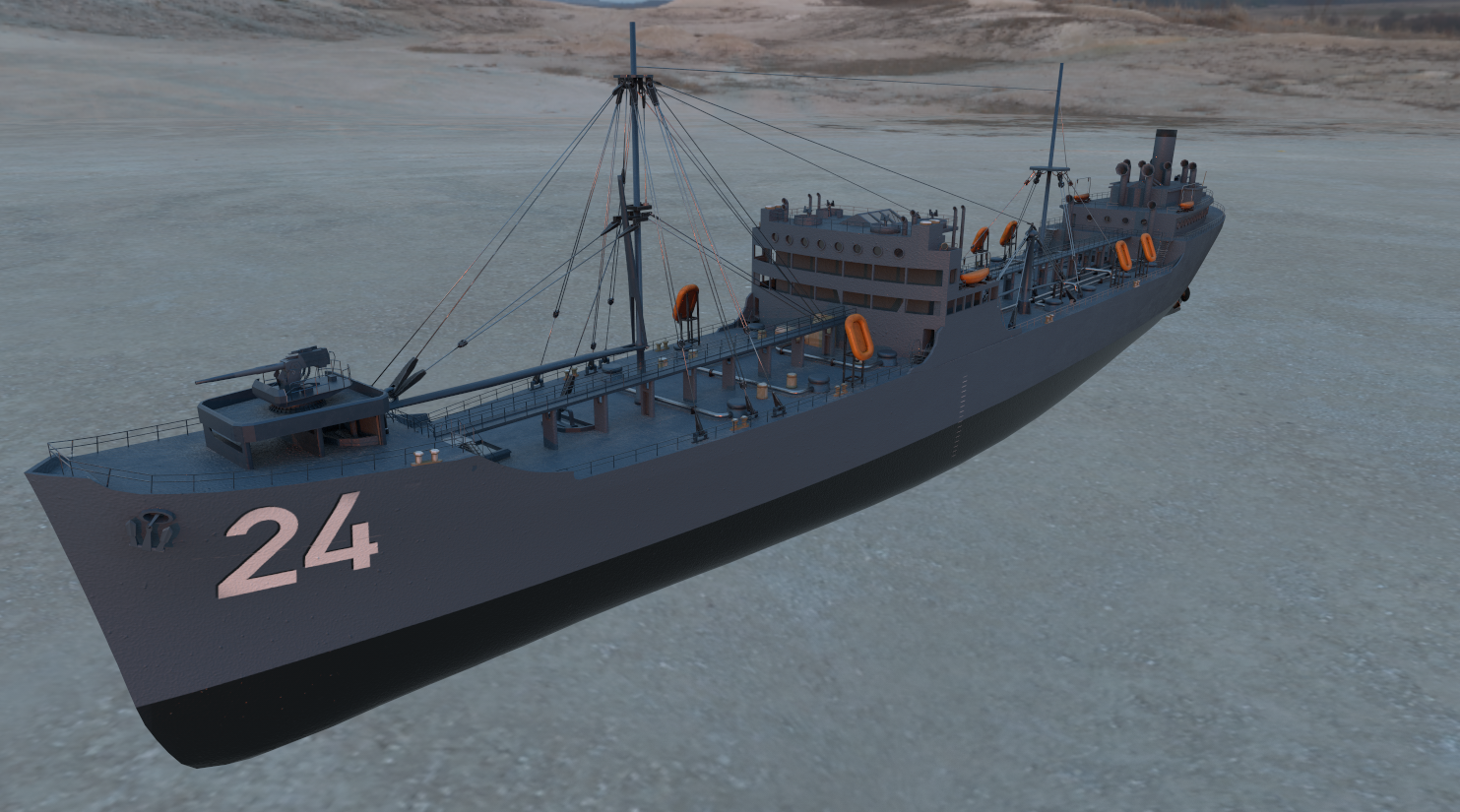 That's it for this time!

As always, thank you very much for your support. Next week I'll be bringing you a rather special update from a rather special place, so I hope to bring you some fun stuff by then as well. Take care for now! .

Its all so well developed. Am following this for quite some time now and keep thinking that. Awesome game!