As always, here is our weekly update. Always feel free to reach out!

This is our first weekly update since the launch of our public demo. In case you haven't found it yet, you can download it through our Steam page and the download button is right beneath the friends who have or want this game section. 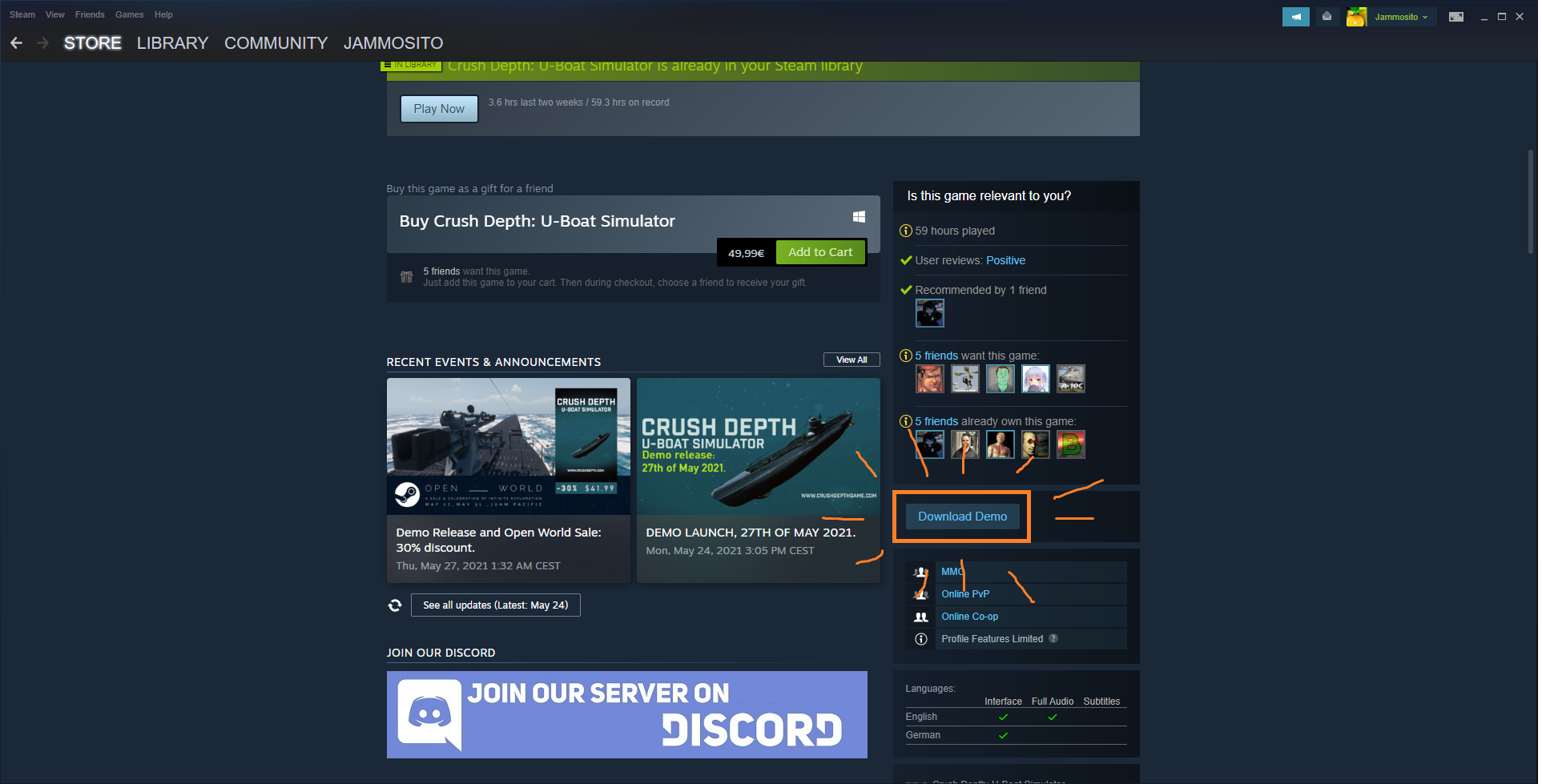 Something quite a few people have been asking since is: what now is the difference between the demo version and the full version? I though it would be a good idea to take a moment and clarify a couple of things there, as well as what you can expect moving forward.

The demo basically consists of two modes, the museum and the challenges.

The museum is well, exactly that. A virtual museum with interactive exhibits where you can learn about the Battle of the Atlantic, mostly focusing on the U-Boat and the technical aspects. Almost everything you see in the virtual museum are things you will be able to control, interact with, etc. in the main title indeed. The museum will keep expanding as the project expands as well. When you see new items, new parts of the U-Boat itself, etc. showing up there, there's a very, very good chance you'll be able to use them in the main project very soon as well. 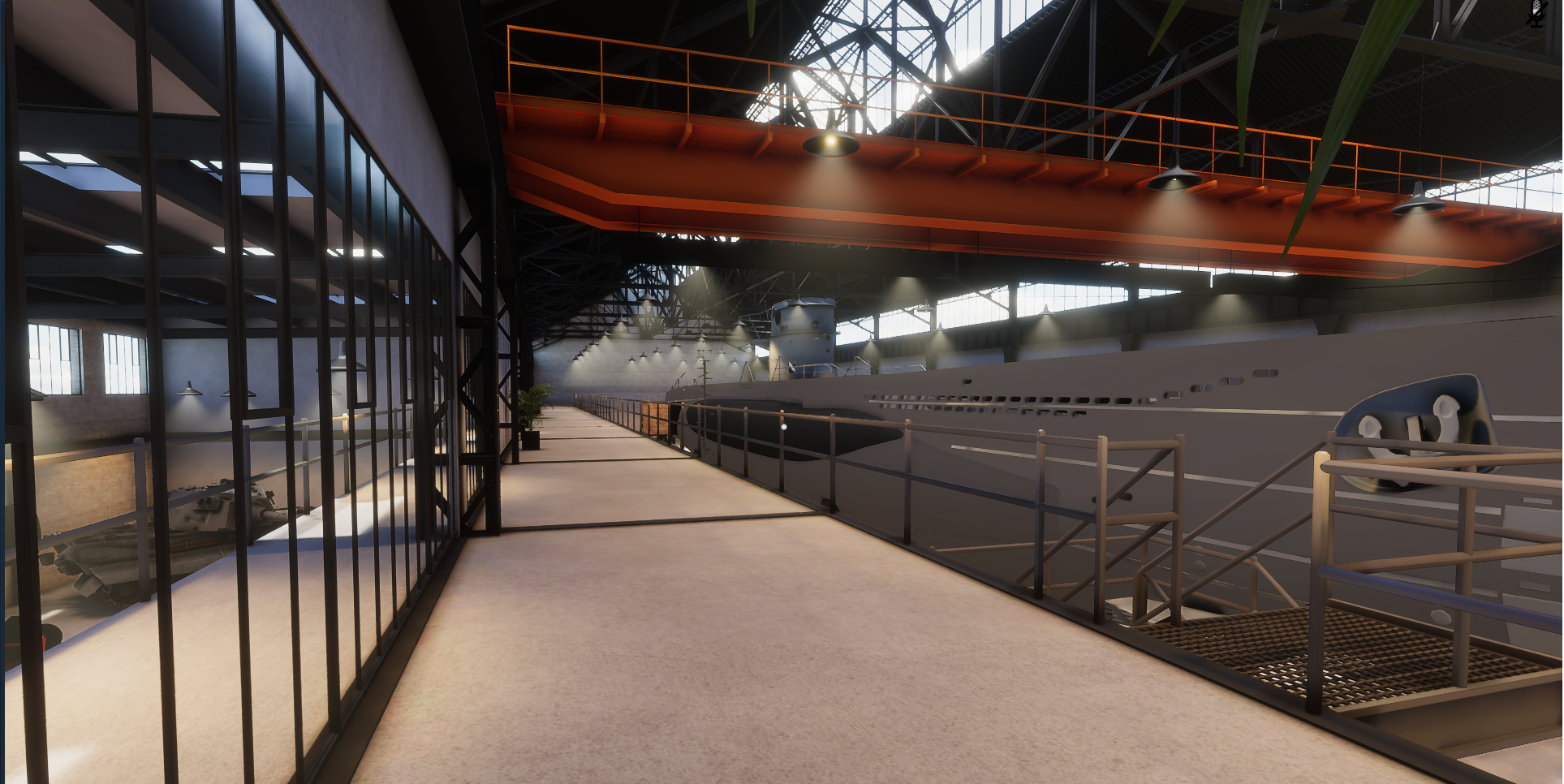 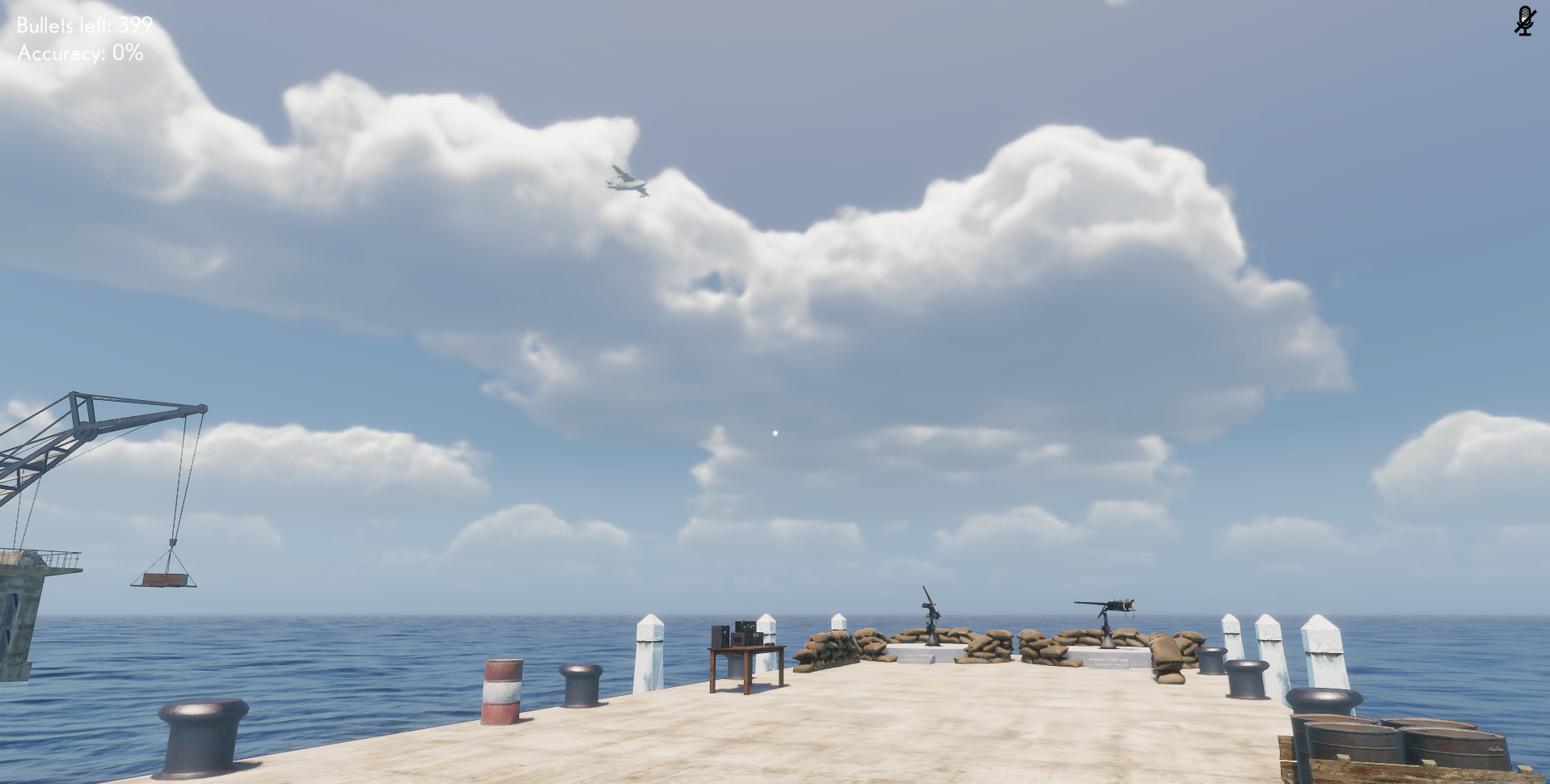 To put it very simply, anything besides the museum and some of the challenges, will not be part of the demo. From a player's perspective, admittedly, that is a not a whole lot. Why it is relatively easy to show and give the player an idea of what we mean by high-fidelity and accuracy in terms of modelling, research and the like, it is much harder to do so when it comes to the underlying simulation systems that we need to develop in order to make it all work. It's much harder to show how networking works, how physical simulation calculations are run, and the like. We have come a long way there though, so from here on out, we're going to be changing the style of development a bit.
Modelling is a very time consuming and also very expensive task. There is no reason we should let our supporters wait to have fun, interact and engage with the project, only because we don't quite have the resources available to us at the moment to crank out the hi-fidelity models you can see in the museum at the pace we would like quite yet. We will be moving ahead with lower-quality, stop-gap models in order to give everyone a better idea of the complexity and fidelity of game play we want to achieve, replacing the models themselves for higher-fidelity ones as soon as the opportunity arises.
To give a better idea of where we want to be, here's an example of the new character model we're working on (the clothing, at least). 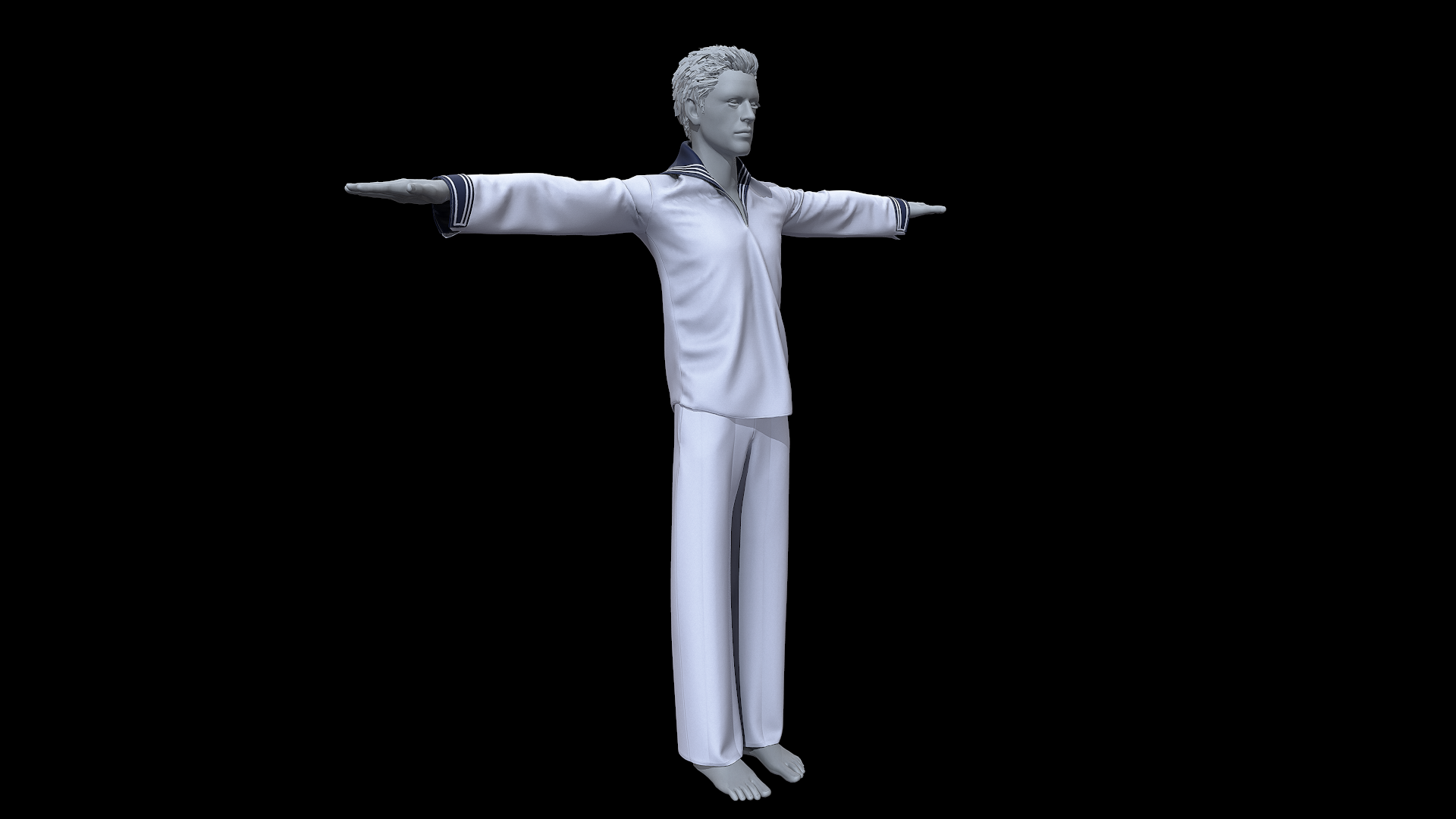 Don't get me wrong though, there is indeed something to do in the main title already! The two modes we have available now is the sandbox and the MMO-world.
The sandbox, well, that's indeed what you'd expect from a sandbox. You can spawn in various vehicles, play around with them, experiment with the weather settings, etc.
The MMO-world is what we are expanding into becoming the main game indeed. A lot (and by that I mean a lot) work has been done on making that world a possibility to start with. The main two things that make it properly unique is that it is a complete and accurate representation of our world indeed, spherical and with full bathemetry and height data in place, and that all the vehicles (as well as the simulation for those vehicles) are run on our dedicated servers. That means that we could potentially run thousands, if not tens of thousands, of different entities on that world at a level of simulation never seen before, with no cost in performance to the end user at all. This is no small feat. I cannot stress that enough, but as said; the proof of the eating is always in the pudding, so from here on out we'll mostly be concerning us with populating the world more and more. New this week, very much in a proof of concept phase, is this little port scene. I take that you are all acquainted with our Italian motorboat by now. 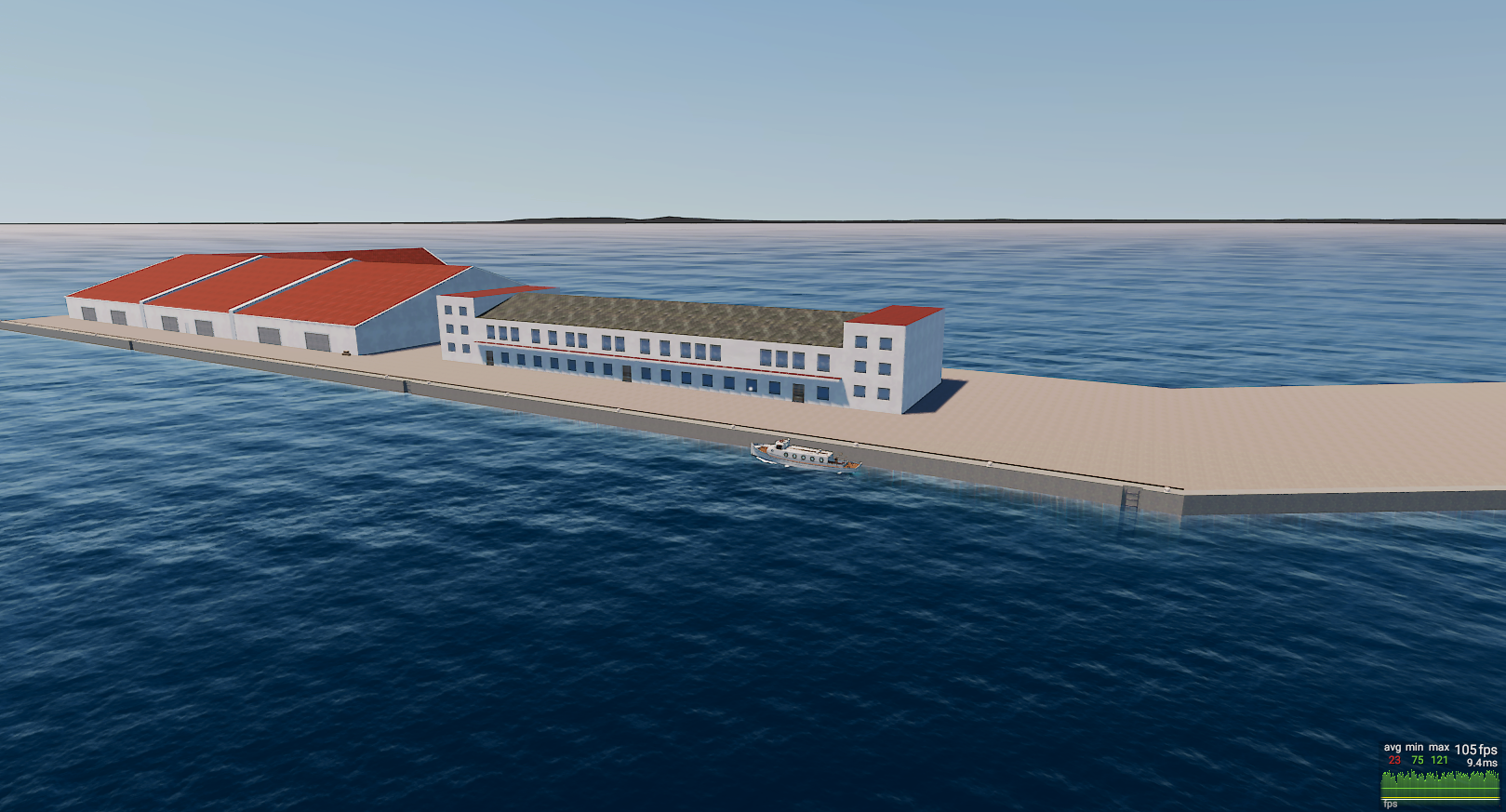 When it comes to projects like these, it is always a chicken/egg-proposition. We need to make something great to get support, but to make something great, we need support. Many thanks to you who have decided to dive into the deep (no pun intended) with us already. For those of you who haven't done yet, no rush there at all. Take your time. It is early days indeed, so just sit back, enjoy the ride, and see how you feel a couple of weeks from now.

Another way to gain access to the project is by subscribing to our Patreon-campaign through Patreon.com For five dollars a month you get immediate access through itch.io (exactly the same version as Steam) as well as some more information about our research and other things for the U-Boat enthusiast. Remember, if you have suggestions, questions, comments, critiques, etc. never hesitate to send me a message. As always, thanks for your support and I hope to bring you more fun stuff next week!