Weekly update. Showing off an almost complete Killhouse two-story, various changed to the movement, and the upcoming map. Rogue Reborn is a port of Rogue Spear to an entirely new engine and will be free.

The obvious map to port first was Killhouse two-story. It allowed us to establish a sense of proportions and figure how we would move forward with the upcoming maps, textures, and models. 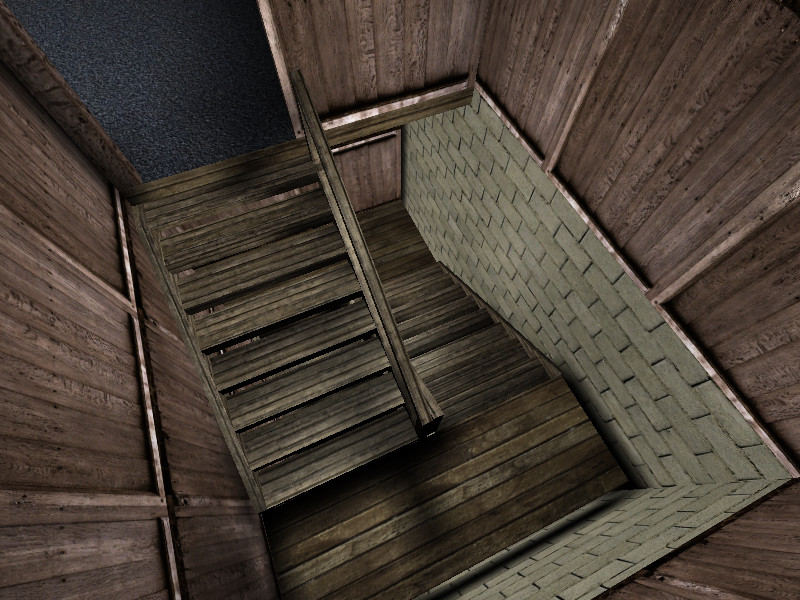 It's probably good that we spent time on Killhouse. The stairs, proportion of walls, doorways, and so forth was enough to drive us insane for a week. It was well worth it though. Every stair is accounted for, every nitch, notch, and a few other additions. Our "consultant" (a former SIXPAG clan member) is constantly ensuring that maps are ported to a quality that he approves of (which is quite high). 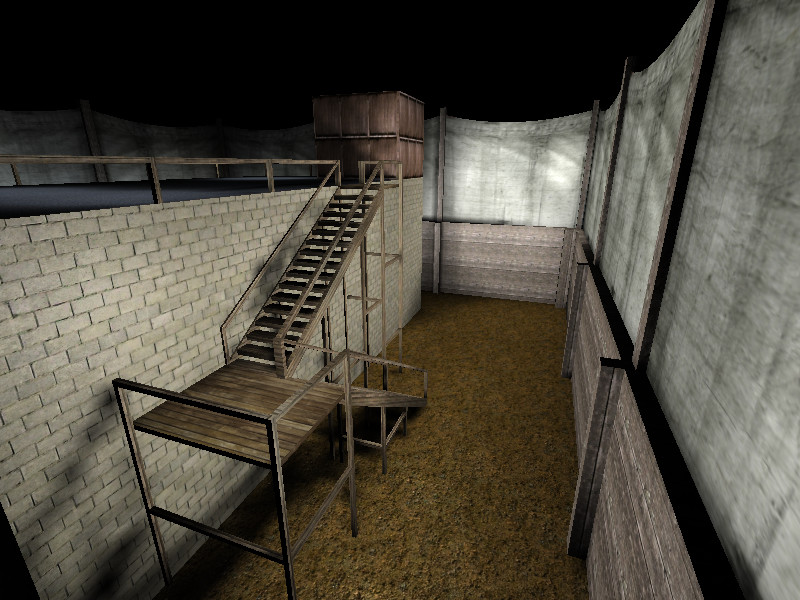 We will be doing an in-game video here soon demonstrating the feel of Rogue Reborn and how it remains remarkably accurate to the original. We will be making a few updates and technical changes as there were small oddities, such as varying levels of side-railing and and mis-sized rooms. It takes a lot of time to have Rogue Spear open in one window and manually size out the player and dimensions, but now it will be much easier.

If you didn't see the video, we demonstrated how all the player's movement has been ported. This includes side-stepping, crouched movement, and running. The movement, along with center viewing, gives a very familiar and nostalgic effect.

We will be finishing up Killhouse this week and have decided that City Street Large will be the next map. We will also be working on models and additional fine tuning of the movement, such as crouch speeds, and implementing leaning.

Are you a Rogue Spear fan?

Yeah, we are too. Let us know in our comments. We want you guys to be critical and we want to hear your opinions.

Help us make the big decisions!

What didn't you like about Rogue Spear? What made your blood boil. Weapon imbalances? Yeah, we are unsure about it too.

is this a mod for rouge spear or a new engine i am confused , ive been hoping someone would develop a new type of rouge spear game,

This is a port of Rogue Spear to an entirely new engine. It is considered an indie game and will be free.

god bless, could we get more details about the engine you are using?

will it have multiplayer?

It is built with multiplayer entirely in mind.

Weapon imbalance didn't really matter if you could keep cool, out maneuver or recover in time from a hit. The higher power weapons tended to have big accuracy penalties. I think that's what made the game exciting, you could get near mortally wounded yet still had a chance to recover and pepper someone's head with a few lighter rounds. I also liked the damage effects on the player; the limping, speed and accuracy impairment.

Oh, and can't forget kit restrictions, for pistols only and such. That was a pretty important part of the game.

You sound like someone that understood Rogue Spear a lot. Do you want to be a tester?

I certainly do, I have the feel of this game tattooed on my brain. Just let me know what hours are convenient, if you're scheduling playtests.

We won't be scheduling play tests for a few weeks, but I will let you know when the team decides to do play testing.

Good times, I'll just keep an eye on updates until then. It sounds like you're off to a good start having a clan player consulting.

Woo, sweet. Ubisoft should contact you guys and ask how to make a game. Because they have obviously forgotten since the original R6 games and the original GR game.

If anything our team is trying our best to avoid a cease and desist letter from Ubisoft :)

This is awesome. Will be sure to keep track of the progress of this game.

If you fix anything, fix the grenades. pls.

This is looking pretty good so far. I haven't played Rogue Spear before but I am familiar with the Rainbow Six series and this seems to capture that slow paced, tactical feel.

One question I have is weapons: will you be implementing visible HUD weapons or doing it old school and keeping them out of view? Perhaps an option for both?

Keep us updated! You guys seem to know your stuff so I look forward to updates. :)

It's actually going to be an option of both. It won't be a tatical hud of any sort, but rather a compliment to your inventory and can be completly hidden at will. The only "always on" hud will be your crosshairs.

o this brings back memories of playing rouge spear for ps1 back in the day. what id really like to see if you guys do SP at all is to have a better waypoint system for the AI team mates cause that **** didnt tend to work very well as the AI would kinda run into crap and ignore enemies every now and then. if you guys were to do a waypoint system itd be a nifty thing to add to MP for more strategic plans to get the upper hand on the enemy.

So its first person camera view only?

Is a planning equipped?

Two what degree? Planning out routes? We aren't currently working a single player set at the moment as that is later on the project. We are most concentrated on getting people something to play-test and have fun in.

__We can support single player as of now, we just haven't put time into it__

Looks great. I'm really happy to see this. It's a straight port pretty much, right? Like there won't be any prone or first person weapon model right?

There's definitely room for improvement, but this is a straight port. We will give the player _the option_ of showing their weapon. But it will be off by default.

With that said, maybe you guys will consider adding the ability to pick up weapons and ammo, and bullet penetration.

Rogue Spear was more of a round based setup. Bullet penetration already existed in the game before. It'll be in this as well. Your weapons are set per round. It's intentionally done this way.

I played RS just now, and the only objects that you can shoot through are doors.

There was not bullet penetration in RS, only through doors. The game is round based, therefore weapon pickups are not necessary. Ammo pickups also not necessary, rounds do not last that long, mags are available if need be, however 6 frags are vital.

If anyone is interested in still playing Rogue Spear online, there is still a ladder being used. Myself (KeRmiT), as well as a lot of old school players still kicking around laddering. www xcgaming com is the ladder site, and the game is played on a program much like Zone was, and it has a built in Anti Cheat patch. www voobly com is the site/program used to play Rogue Spear on. Hopefully see more people signing up and playing again. I know we all get that itch to Rogue again! Glad to see people still love RS like we do!

All I gotta say is clanladder LOLLL well.. I used to be known by Teal.. RD, SSBO,sixpag MDK,o3... A lot more I don't remember at all.. Only names I recognize is kermit and dragon who I assume was azndrag0n.. Props to u dudes.. Wow I wanna play again..