Lots of scripting this week, and made the overall layout in UE4.

Hi
This week I have been spending my time learning Blueprint which is the visual scripting in Unreal Engine 4. I learned a lot and have to say that blueprint is great, with all of the Unreal Engine 4 Documentation it made it very easy to get the hang of. So I made good progress with the mechanical side of the game. I got to work on creating the layout of the game in the editor. After some testing I am estimating there to be 5-7minutes of gameplay. This is shorter than I had originally planned for the game but I think it is all a will be able to make in time.
What I done this week:

Picture of the level blueprint 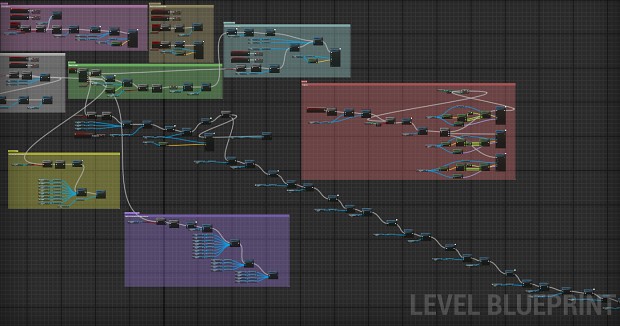