The centre of knowledge and magic, the tower silently observes the squalor of its city.

Firstly, an apology for the delay in getting this update to you - we realise it's rather late and that this isn't even the right day. We had a rather busy week and also a bit of a reshuffle within the team. As it stands, I am taking over from Vizard in publishing these updates for an undetermined length of time.

Solrin reigned over Luftahraan as its 25th Sovereign in the early years of the Second Era, coming to the throne after deposing his older brother, Versentius. The usurper, though, quickly tired of war, and spent the majority of his reign promoting the practice of magic and the written word. He reached out to the recently formed Mages Guild, and offered them a home in his city, a bastion from which they could extol their esoteric arts to the general populace. 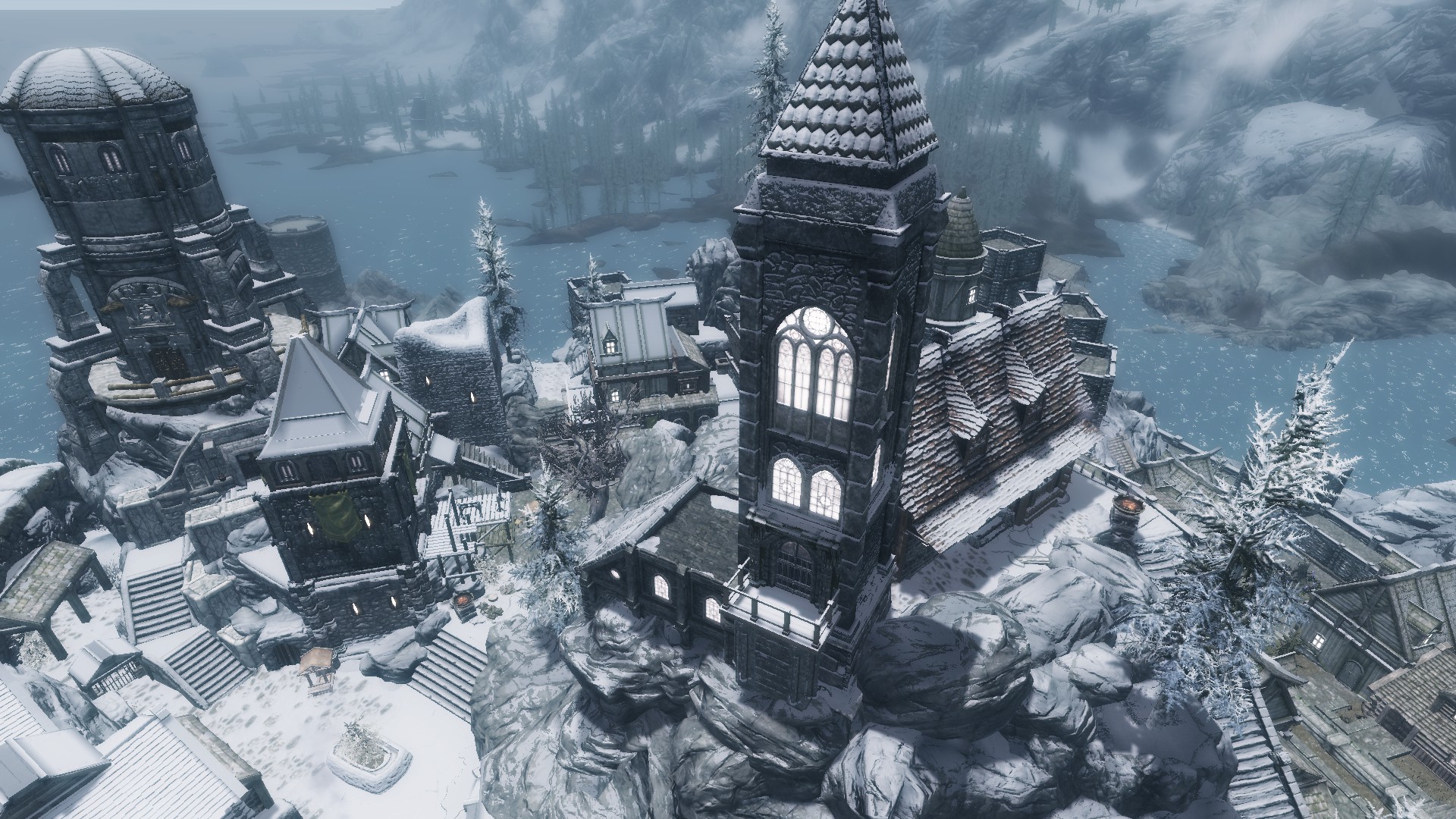 The mages flocked to the city of Luftahraan, keen to find a foothold in mainland Tamriel; far away from their Psijic enemies. Initially drawn by the promise of asylum, more mages were encouraged to make the long trip once word spread of Solrin's purpose - he looked for experts in Dwemer lore, and masters in Alteration. The Sovereigns of Luftahraan had long been baffled and intrigued by their ancient neighbour - the immense Dwemer tower looming patiently in the heart of their city. Tired of waiting, Solrin endeavoured to break the magical seals placed deep underground and gain entry into whatever lay beneath. 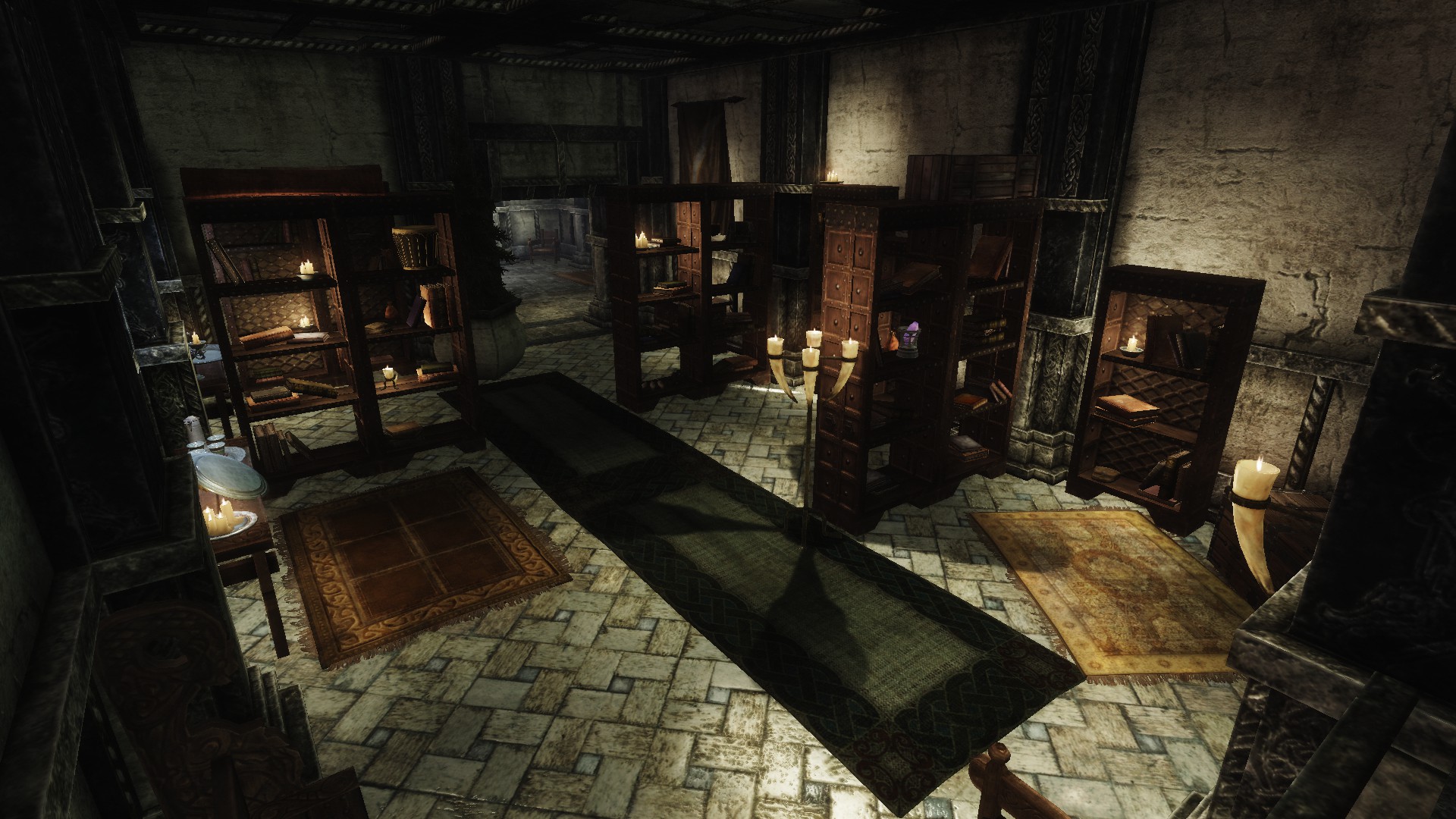 Solrin's quest even gained the attention of Vanus Galerion, the legendary founder of the Tamrielic Mages Guild. Whilst the exact dates of his visit have long been lost, it is known that he spent around 6 months overseeing the settlement of mages into Luftahraan and generally assisting Solrin in his research. 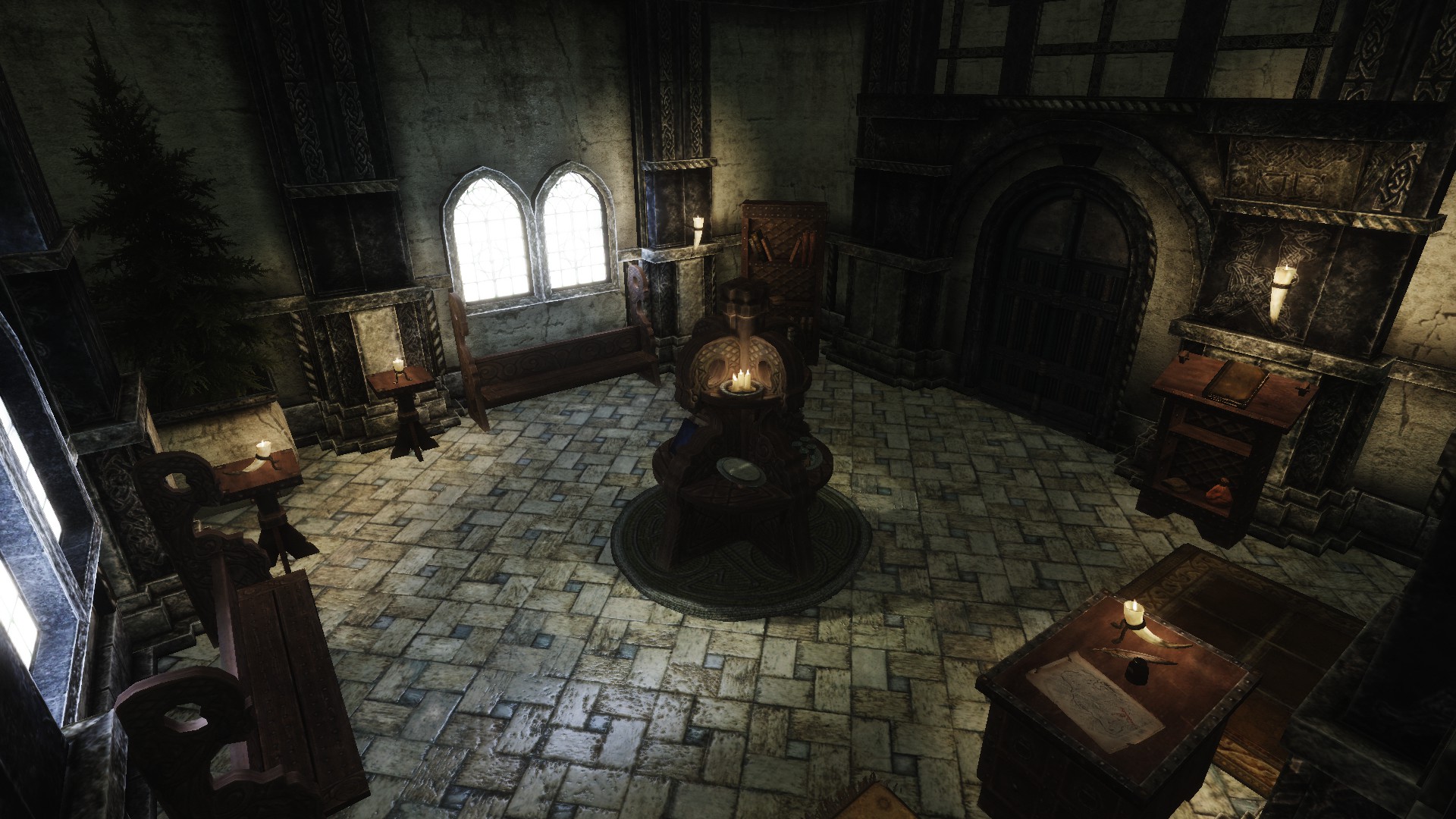 As the years passed, the mages settled into their tower, and their guild expanded throughout the whole of Tamriel. Some mages, though, never left Luftahraan, and continued to support their benefactor, turning their tower into a repository for ancient lore and stories. 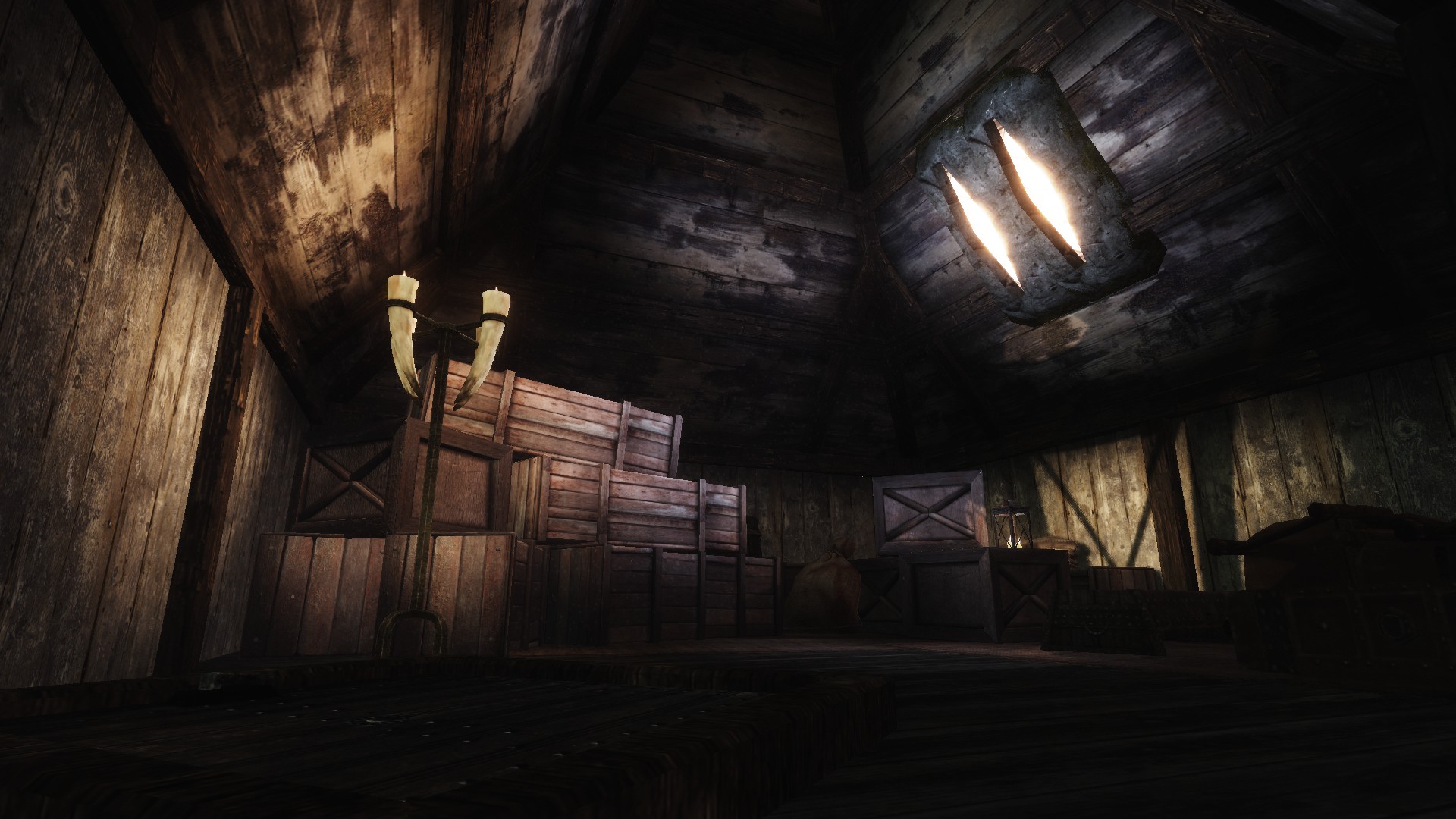 The mages that remained behind eventually drifted away from their guild, losing contact with the majority of their fellows. They continued to support Solrin until his death in 2E392, but were driven deep into hiding as his son Maecaras grew into his reign. Maecaras would then go on to induce the most turbulent and pivotal period in the long history of Luftahraan - but that is another tale entirely.

O_O I WANT THIS NOW!

Things seem to be moving along pretty quickly! Any change on the ETA this will be released? I also wanted to know if you will be uploading a BETA for people to test at all. I would be willing to contribute and report any bugs. I am OCD so you KNOW I can and will be thorough. Also... I am laid off right now so I GOT THE TIME!

Unfortunately, if we would let you beta test right now.. it would just be to find some gaps in to the void and general feedback about the LOOK of luftahraan because that is what we are finalizing at the moment.

In due time we will start doing the quests and it is completely unknown to us how fast we are able to develop quests like this as a group so an ETA is unfortunately not possible. An accurate one that is.

But gun to my head: I'd say 6-7months. Hopefully we won't lose the hype we have right now by then :p

I can still test for gaps and provide feedback. I actually have found many holes and bugs in a mod called "Become King of Riverhelm" by Locaster (nexus) when nobody else noticed since last update. (i am using 50 inch hd monitor so its easy for me to spot) Plus with me being OCD... I am like a hound when testing games/mods. If you will let me do this for you, just email me at freebird4481@gmail.com and let me know. I would be very happy to help (plus I get to see everything so far which will be a privledge)