Here is this weeks update for the mod, which sadly, due to a busy school week, is not nearly as exciting as I had hoped.. 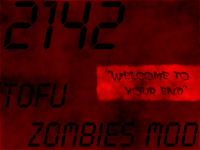 The above is what I got out of a few minutes of free time while an essay printed off yesterday... Not very refined, or detailed, but I liked it.

So as stated in the summary, I haven't gotten much done on the mod this week. My biggest priority right now is fixing the issue with zombies being unable to kill you if you go prone. I have decided against removing the prone position, at least for now, because it is a very useful position. So as I work to find another way to solve this issue, the small update that fixes a few bugs, will get delayed. I apologize for this but I think that finding a good fix for the prone issue is very improtant, so I am going to push back the update until I can find a suitable fix... Hopefully by next weekend. As well as trying to resolve that issue, I have also been hard at work trying to finish up the newest big feature/change, which is the addition of two fellow bot suriviors on the EU team. I have gotten code working for switching them over and now just need to iron out a few AI bugs. The addition of zombie sounds replacing the PAV sounds is also coming along well, I have replaced about half of the necessary sounds to replace and all seems to be working well, the battlefield has never been so full of groans and screams! I am also in the process of making a second trailer for the mod which will be much better than the previous one, hopefully that will be up in the next couple of days. Thats all for now!