Changes based on feedback from the obvious to not-so-obvious.

Posted by BluishGreenPro on Feb 6th, 2015

Initial testing has yielded valuable feedback for Zarnok Fortress. While the game is still in a pre-alpha phase the tutorial was the first level I built and as I've mentioned on previous occasion, I've since completely redone it. The level itself will stay in the game, it just won't be the first one the player encounters. 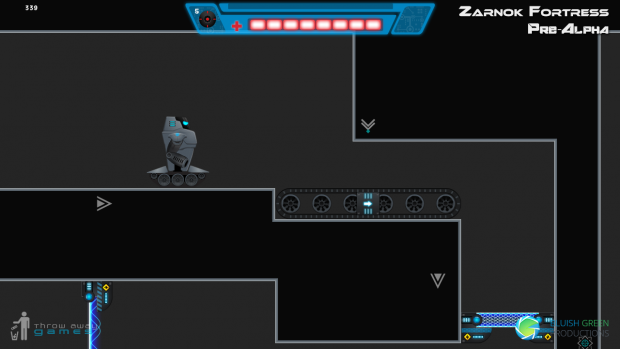 When constructing the new tutorial, I tried to let players get more familiar with the skills they need to learn before I expected them to apply those skills. In another week's time, I'll post about the feedback I've received on this revision. I thoroughly expect to have to make a third, or perhaps even fourth iteration of the tutorial before the game ships. This also involves re-arranging the order of skills the player is expected to learn. 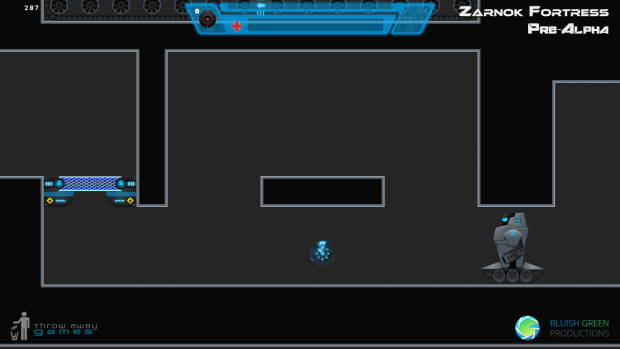 Other changes based on feedback were visual ones. The most significant change was the Shock Orbs. Originally, they had a bright blue electric field around them, as in the above photo. Since things like the Light barriers and even Shield pick-ups had the same color, most players would run right into it. I've since temporarily recolored them to red. They don't look electrical per say, but at least people have stopped running into them. 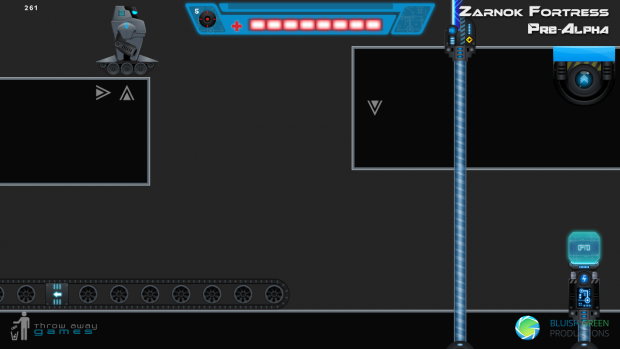 Another change which has yet to be addressed is that of Terminals and Conduits. They both serve a similar function, and due to a recent artwork change, they look rather similar. I watched the artist get into an argument with his friend when he played through the game; the artist insisting that they looked different while his friend countered that they were too close to tell apart. But no, player feedback must be heard before all else. This doesn't necessarily mean redrawing the assets, but it definitely means that I need to spend more time acclimating the player to the use of both instruments. If you are used to using one, then suddenly see another, that should be the key to differentiating the two. Again, further testing should verify this.
I hope you find this relatively verbose article still interesting. If you take anything away from this read, it should be that it is never too early to start testing your game.