Zarnok Fortress is a platforming game, so it's high time I added Pipes. Because, you know, Mario. Eh.

Posted by BluishGreenPro on Jan 9th, 2015

Oh so many Pipes. Over the course of this last week, the tiles for Zarnok Fortress have been finalized, so I can start creating permanent levels instead of the temporary decoration I've been doing thus far. 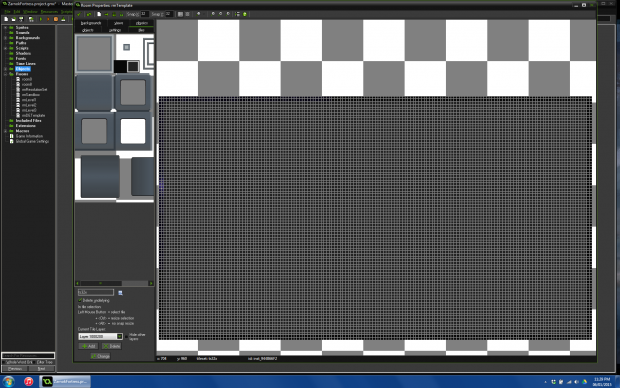 I started by filling a Template Room with a Background tile. The Space background will be drawn behind this layer, and man did it take long. So long that I came up with the idea of using Sprites and scaled objects instead, which is a similar solution to this week's other large endeavour; Pipes. 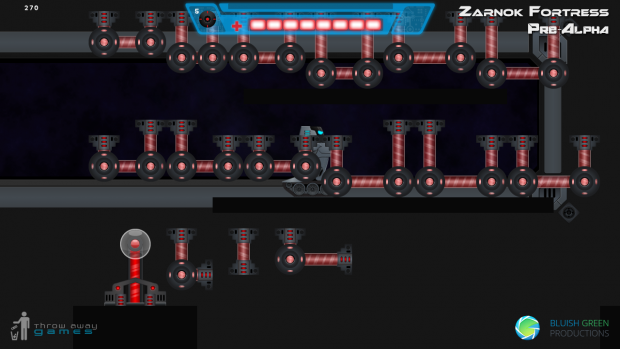 Pipes will act as a visual indicator for connected systems. Basically, activate a Terminal and it will send power down a pipe to unlock a door, or activate a Light Bridge, etc. Perhaps more interesting are Power Conduits which must be shot with a laser to temporarily charge a system. Get ready to double time it across a Light Bridge before it shuts down or race to a bridge before it shuts down. 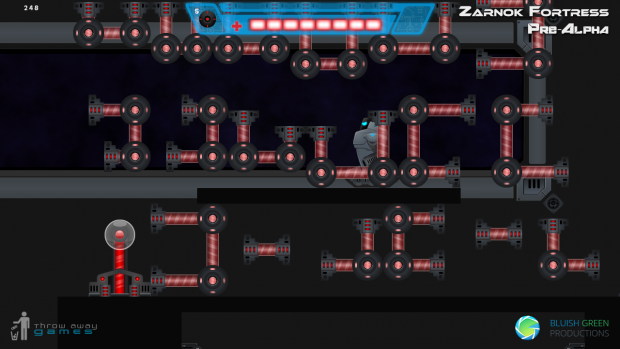 Obviously elements such as these show up rather often in a game, even if they are just to be used for the sake of decoration. To make it easier to add them to a game, I wrote a 200+ line script for a System that will draw the pipes. Thanks to GameMaker Studio's Room Editor, Objects can be scaled freely. Based on a scaled square sprite, the System I wrote traces the edges of the square. Then I added functionality to offset the start / destination points so that the Pipes could have unequal beginning and end points. Lastly, I added cases for simple 90 / 180 degree pipe systems.